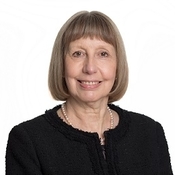 Lynne Peacock joined the Board on 22 April 2020 and became TSB’s Senior Independent Director on 1 January 2021. She has held Board level appointments for over twenty years, and is currently a Non-Executive Director of Serco plc (which she joined in 2017 and where she is currently the Senior Independent Director) and Royal Mail plc (which she joined in 2019). She has previously been a Non-Executive Director of Nationwide Building Society, Jardine Lloyd Thompson plc, Standard Life Aberdeen plc and Scottish Water. Lynne was Chief Executive UK of National Australia Bank (NAB) from 2004 to 2011. She was responsible for around 8,500 people in NAB’s businesses in the UK. During that time, she integrated Clydesdale and Yorkshire banks into one entity and kept the business profitable during the financial crisis.

Before NAB, Lynne spent twenty years working at Woolwich plc. She started in 1983 and worked in a variety of senior marketing roles within the Woolwich, including Head of Marketing, Marketing Manager and Market Development Manager. She became Group Operations Director in 1996 with accountability for all of the UK businesses. She became Chief Executive of Woolwich plc on completion of the take-over by the Barclays Group in October 2000. Prior to joining the Woolwich, Lynne held marketing roles with Tate and Lyle, and Unilever.

Lynne is also Chair of the Board of Trustees of Learning Disability Network London Limited. Lynne holds a Bachelor of Arts degree in Business Studies.