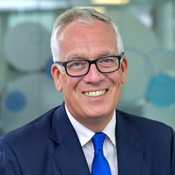 Richard was appointed to the Board on 20 September 2017 and became Chairman on 2 February 2018. He became Executive Chairman on an interim basis between 4 September 2018 and 30 April 2019, acting as both Chief Executive and Chairman. He has more than 30 years of executive experience in the financial sector in both retail, business and investment banking. A chartered accountant, he has worked in various positions in Finance, Risk, Governance and Corporate Finance at Hill Samuel, Barclays and Credit Suisse and was Finance Director of Woolwich plc. He was an Executive main Board Director of Standard Chartered from 2002 to 2014 and served as Group Finance Director between 2006 and 2014.

Richard studied modern history at the University of Oxford.