TSB CEO, Paul Pester, threw down the gauntlet to the Bank’s Partners by challenging them to beat him at last weekend’s London Triathlon. And in doing so, Paul stumped up more than £5,000 in the process – for good causes chosen by the TSB Partners taking part.

The triathlon, which took place on Saturday 22 July 2017 at ExCeL London, saw more than 100 TSB Partners and 30 representatives from the Bank’s Local Charity Partners across Britain attempt to ‘Beat The Boss’ and fundraise as much as possible for over 30 charities.

TSB’s Partners were encouraged to take part in the London Triathlon by Paul who set the challenge back in January – continuing an annual tradition he started at TSB in 2014. He personally committed to sponsor each TSB triathlete £50 to go to a charity of their choice, doubling this sponsorship up to £100 if they manage to beat his time.

But the competition was tough. Paul, a keen triathlete and a swimmer who trained in his youth with Olympian Sharron Davies, completed this year’s ‘sprint’ London Triathlon in 1:16:52.

Two triathletes competing with TSB managed to ‘Beat The Boss’. TSB Partner Robert Sturges completed the sprint course in 1:16:47, overtaking the boss on the finishing straight to beat him by only five seconds. TSB Local Charity Partner representative Maxine Thompson completed the Olympic course in 2:25:23, beating Paul’s most recent Olympic time of 2:30:42.

The TSB triathletes have already raised £36,000 for their chosen charities so far and the total is going up. To find out up-to-date information about the charities supported and how much has been raised, visit the TSB team’s JustGiving page.

Paul Pester, CEO of TSB Bank, said: “Saturday’s London Triathlon was the culmination of many months of training for TSB Partners and our Local Charity Partners from across Britain. The atmosphere was fantastic as always, and it was great to see lots of friends and family out supporting our triathletes who all put in a brilliant performance – especially those who ‘Beat The Boss’!"

“We’ve already raised £36,000 for over 30 great causes right across Britain. This is a demonstration of ordinary people doing extraordinary things to help their local communities thrive – and a great example of what TSB is setting out to achieve through our partnership with Pride of Sport and Pride of Britain."

Partners were free to support a charity of their choice, and Paul supported Breast Cancer Care. He has already raised nearly £5,000.

Paul Pester continued: “As well as sponsoring all TSB Partners taking part, I also fundraised for Breast Cancer Care, a charity that is very close to my heart. I want to help fuel the fantastic work they do in supporting people with breast cancer and their families.”

Breast Cancer Care is the only specialist breast cancer support charity working throughout the UK, supporting millions of people and their families and campaigning for better support and care.

As well as encouraging Partners to take part in fundraising events like the London Triathlon, TSB also gives its branches and offices the freedom to pick their own Local Charity Partners based on the needs of their local community.

With the support of TSB customers, each TSB branch and office site has fully got behind the programme following its launch at the start of 2015. Nearly 1,000 local causes have benefited from fundraising support from their local TSB.

In addition to fundraising activity, TSB also encourages staff to spend a day when they would normally be working out in their community supporting a local good cause. 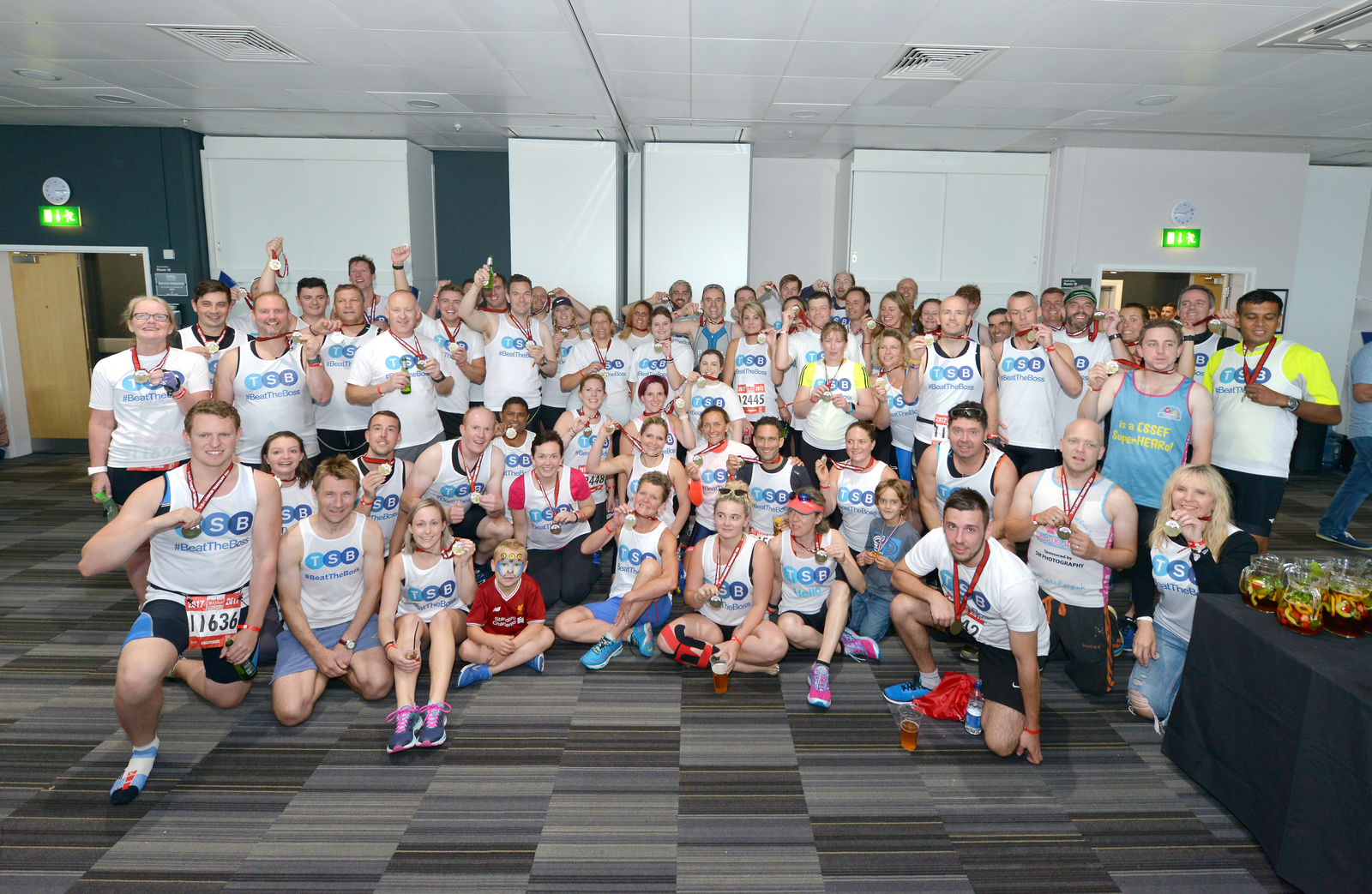 About The London Triathlon