Following the arrival of Debbie Crosbie as TSB’s new CEO, TSB is pleased to announce two further leadership appointments as the bank steps up its turnaround programme.

Robin Bulloch will be joining TSB as Customer Banking Director, responsible for transforming the TSB customer experience and leading TSB’s services across all channels – branch, mobile and online.

He joins TSB from Lloyds Banking Group where he is currently Managing Director Lloyds Bank, Community Banking and has also recently led Bank of Scotland, Community Banking. He previously worked at RBS for two decades, including serving as CEO of Tesco Personal Finance between 2006 and 2008.

Robin will be joined at TSB by Suresh Viswanathan, who has been appointed Chief Operating Officer and will drive the development of all systems, infrastructure and operations across TSB.

Suresh joins after 11 years at Barclays, most recently leading Operations and Technology for Barclays’ UK ring-fenced bank. He previously spent nearly 20 years at Citi Group, working across a range of technology roles.

The two appointees will work alongside Liz Ashford, who was recently appointed TSB Human Resources Director ahead of Rachel Lock’s already announced departure later this year. All three appointments are subject to formal regulatory approval.

Commenting on the appointments, Debbie Crosbie said: “These three appointments are a significant step forward in the next chapter for TSB. They will help to put a much clearer focus on our customers and on improving the TSB experience, as we accelerate our plans to transform and improve TSB.

“I’m delighted that they have agreed to join TSB at such a dynamic time in retail banking and they share our belief on what TSB can achieve. Together we share a clear vision of putting customers first, and Robin and Suresh, will bring enormous experience and expertise to TSB.”

Robin Bulloch added: “I’ve admired TSB throughout my career. This is a strong brand built on putting the customer first. I’m hugely looking forward to working with all TSB Partners to make the banking experience for every TSB customer second to none.”

Suresh Viswanathan said: “TSB isn’t just steeped in heritage – this is a bank with a tremendous potential for the future. With a strong customer base, committed Partners, a new technology platform, and reach across the whole country, we have a huge opportunity to improve the speed, ease and quality of service for millions of TSB customers.”

Robin Bulloch has built a strong reputation for leading large customer-facing operations and delivering business and cultural transformation in a banking career which spans over three decades.

Prior to Lloyds, during two spells in RBS, he held a number of senior executive roles including Managing Director at RBS and NatWest Branch Banking, prior to which he was Chief Executive of Tesco Personal Finance. Robin also worked for GE Capital as Operations Director of their motor finance business from 1999 to 2001.

Robin lives in Glasgow and is married with two children. 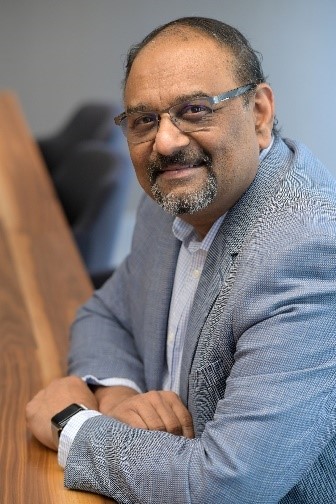 Suresh began his career at Citi Group working across a range of senior technology roles. During his time at Citi he led the creation of their branch-banking platform and led acquisition / integrations into multiple countries across Central and Eastern Europe, Middle East and Africa.

He joined Barclays in 2008 as CIO for Barclays Corporate Bank and then went on to lead Operations and Technology for Barclays UK, where he helped set up the Barclays’ ring-fenced bank, leading 13,500 employees.

Suresh lives in Kent and is married with two children.