Smart gadgets to protect your home 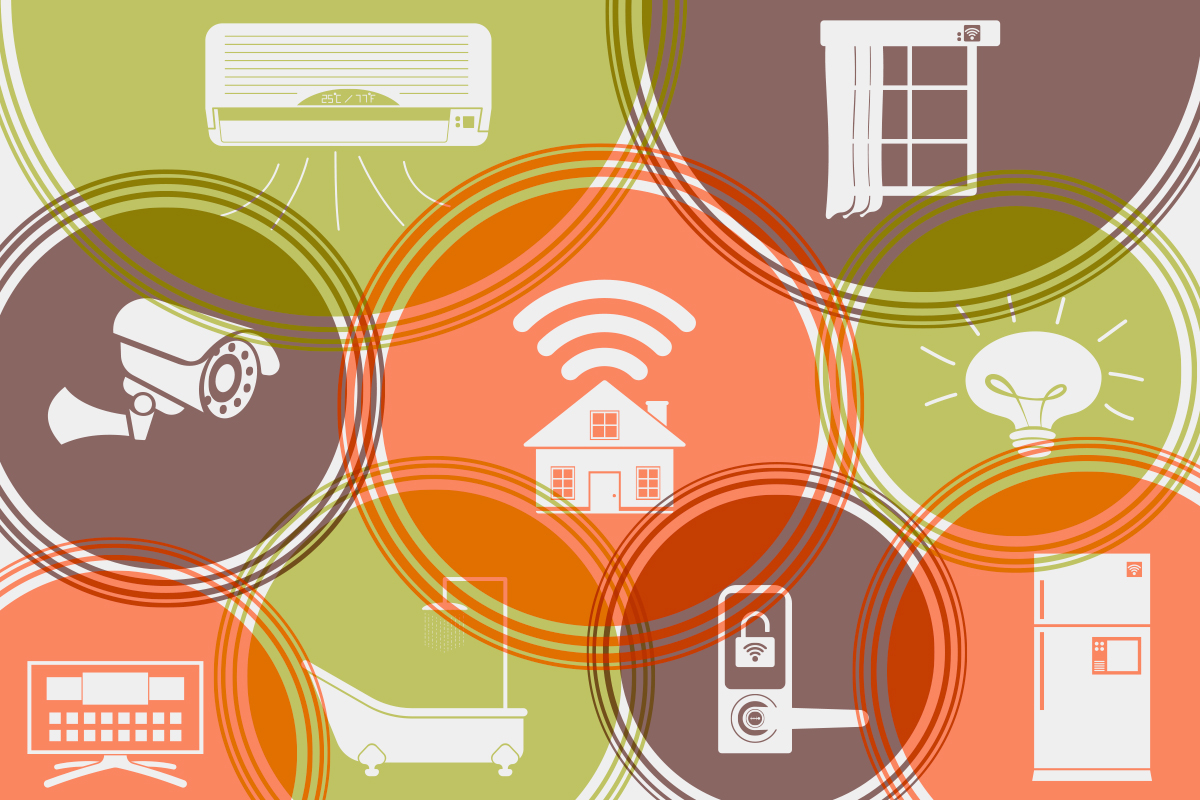 Much has been written about how our homes will get smarter thanks to the "internet of things". Some are excited about the technology, whilst others are a little uncomfortable with the idea that their appliances might know them better than family and friends!

But this stuff isn't all in the distant future - there are smart gadgets available now that can help make your home safer. Stephen takes a look at what's on the market.

There's somebody at the door

An unexpected knock at the door might be nothing more alarming than a delivery man dropping off your latest Amazon order, but it could be something a little more sinister. Office for National Statistics data shows that 74% of recorded burglaries in 2014-15 started with entry through a door.

Small door viewer spy holes allow you to see who's at the door before you open it but what if you're upstairs when the bell rings?  Or if you're at the end of the garden or out of the house altogether?

Smart doorbells like Ring and i-Bell could be the answer. These bells are wi-fi enabled and alert you via an app on your phone that you have a visitor. You can then connect to a camera in the doorbell to see who's there and even talk to your visitor from wherever you are.

There are also smart locks on the market, including Yale's keyless Smart Lock that works with a PIN or keycard; August, which uses your phone to unlock and Kevo which can be unlocked by your phone, Bluetooth keyfob or a good old-fashioned key!

Opportunist burglars may be put off by signs of activity in a home, so smart gadgets that enable you to schedule and remotely control devices when away from home could act as a deterrent.

Philips' Hue lighting system does lots of clever things that your bog-standard light bulbs can't. Aside from mood lighting and having a disco in your living room, you can schedule lights to come on and off at certain times in certain rooms or you can switch lights on and off when you're away from home. If you don't like coming home in the dark, you can also set up the app to recognise when you're approaching and turn the lights on for you.

Belkin's WeMo Switch also allows remote access, but this is a plug that goes into your wall socket. Your devices are then plugged into the WeMo Switch and you can turn power on and off using an app anywhere you can get a data signal. Great if you're the kind of person who goes out and worries that they've left the iron plugged in!

Should you be unfortunate enough to have someone break into your home, there are smart devices on the market that can help keep an eye on criminals and collect evidence.

Just six inches in height, Canary is a cylindrical device that houses an HD video camera. Hook it up to your wi-fi and you'll be able to stream video to an app on your phone. You can set it to alert you if it detects movement when no-one's home and you can also activate an alarm to scare off any unwanted visitors. You can take out a subscription to keep recordings in the cloud to be downloaded later.

Similar products are available from Nest, Withings and Piper.

Leaks are a big problem for householders and insurers, but home emergency firm Homeserve have come up with a tool that could help minimise the damage. Leakbot requires no plumbing knowledge. You just clip the smiley little robot to a pipe, register and you're away.  It then monitors your system and alerts you to any issues - it will even offer to book a repairer for you!

One of the first smart home gadgets that was widely adopted was Nest Protect, a connected smoke alarm.

Now owned by Alphabet, Google's parent company, Nest's smoke alarm detects and warns of smoke and CO2 but gives the ubiquitous smartphone alert if you're not in, with a prompt to contact an emergency number. The Protect can be used on it's own or in a group, so if one device detects smoke downstairs a warning will be heard in other rooms too. The network connection also allows you to monitor the health of your smoke alarm. Although if you just want to know when to replace the batteries in your existing smoke alarm, you could just fit Roost Smart Batteries.

Nest have expanded their range to include a thermostat and security camera, and what makes their products particularly interesting is the "works with Nest" programme. This allows other certified products to work in conjunction with a Nest device. For example, I've got my Hue lights set up to come on and provide low level lighting from the bedroom to the front door should my Protect detect smoke at night.

This requires third party manufacturers to play nicely with Nest, but there are other options out there to allow interactivity between connected devices.

Samsung SmartThings is a hub which allows numerous devices to talk to each other. They also have sensors galore that will allow you to trigger an action when entering a room or opening a door.

IFTTTis a free online service that allows you to write "recipes" to make all sorts of things trigger other actions. You can get your Hue lights to flash red when your team scores or switch off when you leave the house and activate your August Smart Lock. The possibilities are nigh-on endless, so take a look at some of the existing recipes to get an understanding of how it works.

You can also control a whole host of devices through HomeKit if you have an iPhone or iPad using iOS 9 or above. Google have something similar in the offing for Android devices, currently known as Brillo.

Of course these gadgets aren't for everyone and the technology is quite new, so updated variants will be appearing from time-to-time.  It's also notable that the landscape for services that knit all these devices together is very fragmented, so you need to pick a service that supports your devices, or vice versa.

But these devices - and others like them - will go some way to give people peace of mind around the security of their homes.

Are you over or under insured?

Do you know who your home insurance provider is? Can you recall how much your contents is insured for? Feel like you're over or under insured? See our respondants answers to the same questions.

Avoiding electrical fires in the home

Electrical fires are becoming increasingly common in the home as we have a growing need to charge various devices. The average home has 7.4 devices which could lead to the temptation to overload plug sockets. Our guide can help keep you safe. 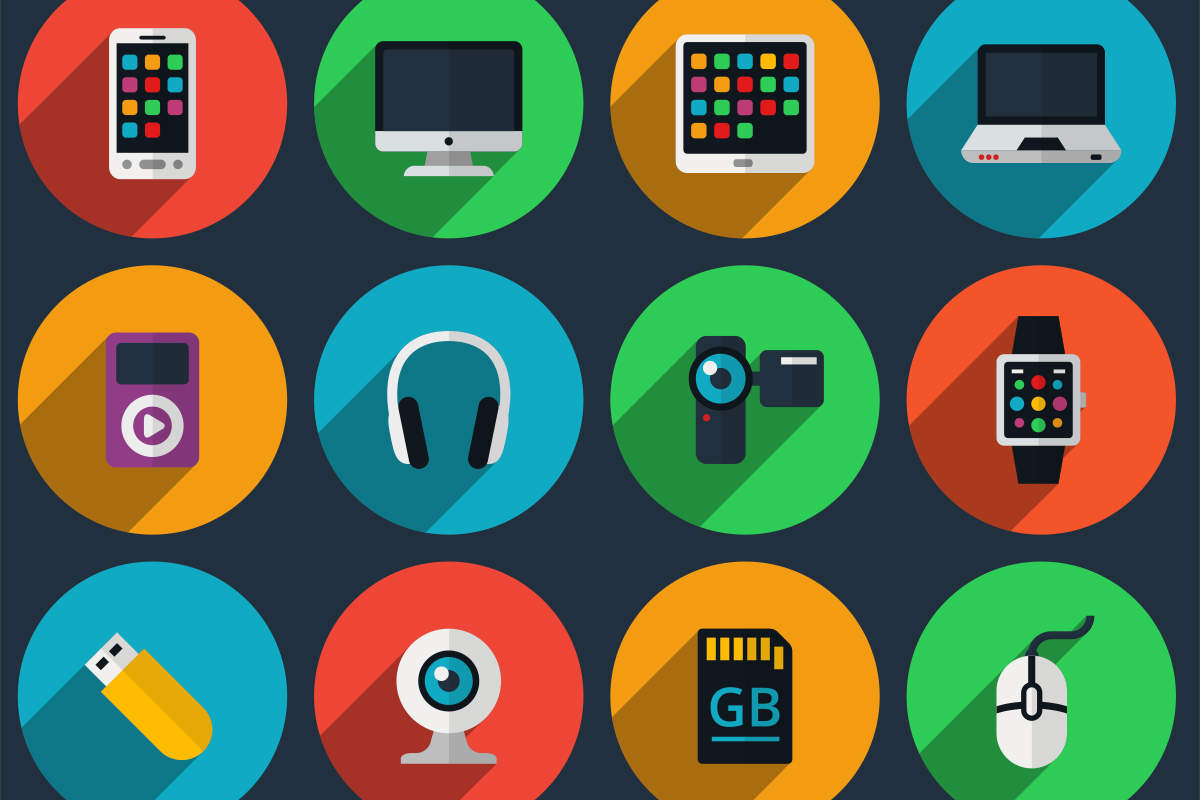 Do you need gadget insurance?

Have you considered what you'd do if your gadgets were lost stolen of damaged. Read our guide to whether or not you should consider insuring your tech.