Here we are all breast friends 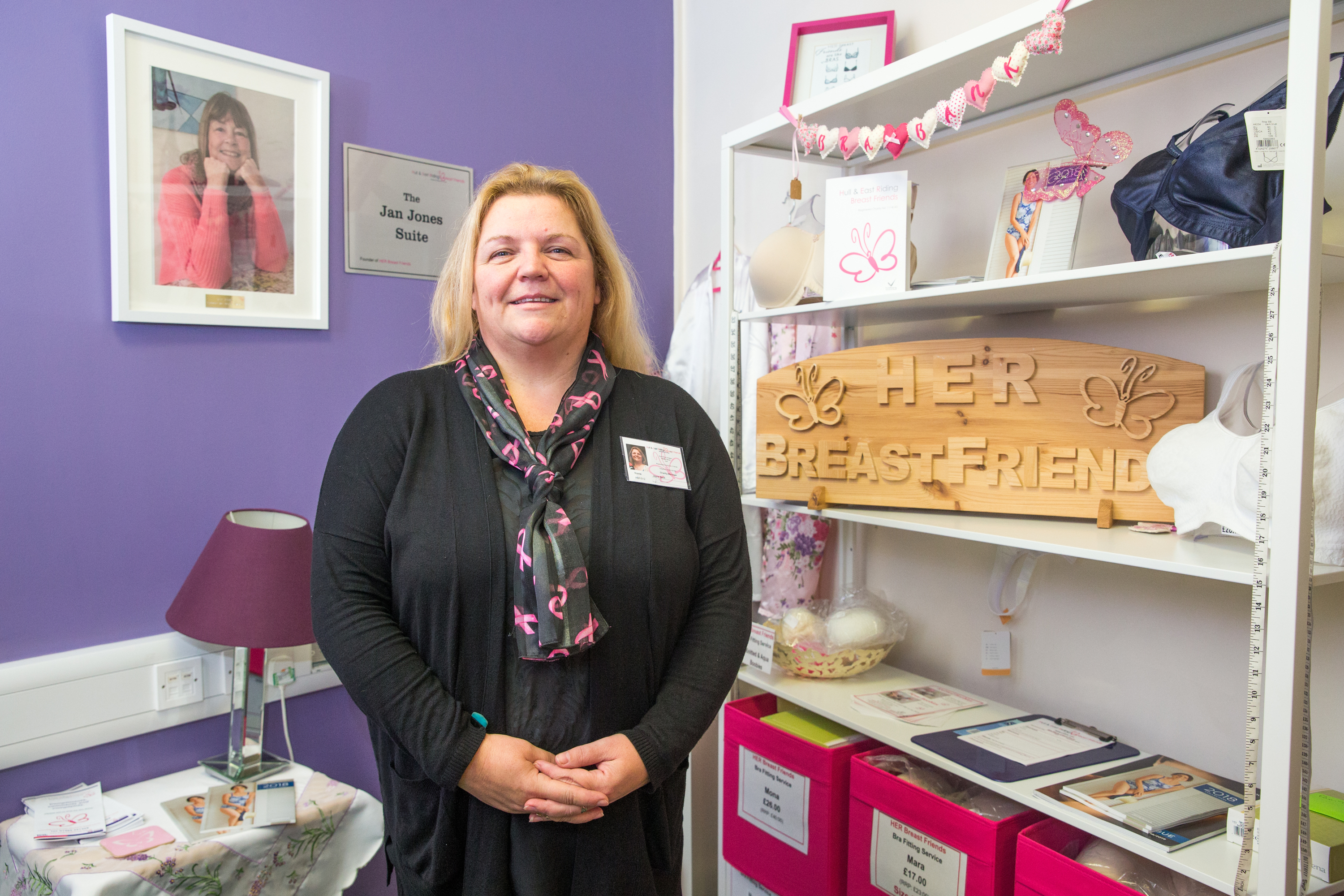 Hull & East Riding Breast Friends was set up in 2005 by two women who met whilst they were undergoing treatment for breast cancer. They wanted to give women hope, self-esteem, information and the chance to make ‘breast friends’ in the scariest of times.

“Whilst the medical side of things is brilliant, all the doctors and nurses looking after you, they wanted to start more of a support side for women who’d been diagnosed with breast cancer,” says charity manager, Jayne Beck, 51. “It started as just a weekly meeting in a church hall for a handful of people who could relate and share experiences. Now, it’s huge, with us having our own premises in the city centre.”

Hull & East Riding Breast Friends has been chosen as a TSB Local Charity Partner by the bank’s Hull branch. The charity is there to offer support, and the thing that makes them unique is that all the volunteers have been affected by breast cancer.

“When women, and some men, as they can be affected by breast cancer too, come in to see us, the first thing we give them is hope,” says Jayne. “They say, ‘but you look so normal, so well.’ And we can say that yes, hopefully they will too.”

The charity runs a wig bank and bra bank, where people can come and choose the right one for them after losing their hair through chemo or having undergone a lumpectomy or mastectomy.

“You can feel like you’ve lost part of your womanhood, your self-esteem is at a low, but we can help them feel like them again,” says Jayne. “We also offer different therapies, like massages, facials and reflexology, to help sufferers, and their families, as often they’re going through a stressful time too, relax and just escape from their worries for a while.”

Jayne had raised money for the charity for years, doing half marathons, but then herself was diagnosed with breast cancer in 2012.

“I was lucky that it was diagnosed early,” she says. “I had a lumpectomy and radiotherapy, and last year got my five years cancer free. After my diagnosis, I wanted to get involved more in the charity, and now here I am, working for them!”

With the wig bank, the charity opens their doors to anyone who has lost their hair through another type of cancer or alopecia.

“We want to help as many people as we can,” says Jayne. “We have 60 regular volunteers and everyone has been touched by breast cancer. We help thousands of people every year, from in their twenties to eighties. Cancer knows no boundaries. But we can help them know they aren’t alone. Even in the darkest time, there’s hope, and the chance to make a new breast friend.”