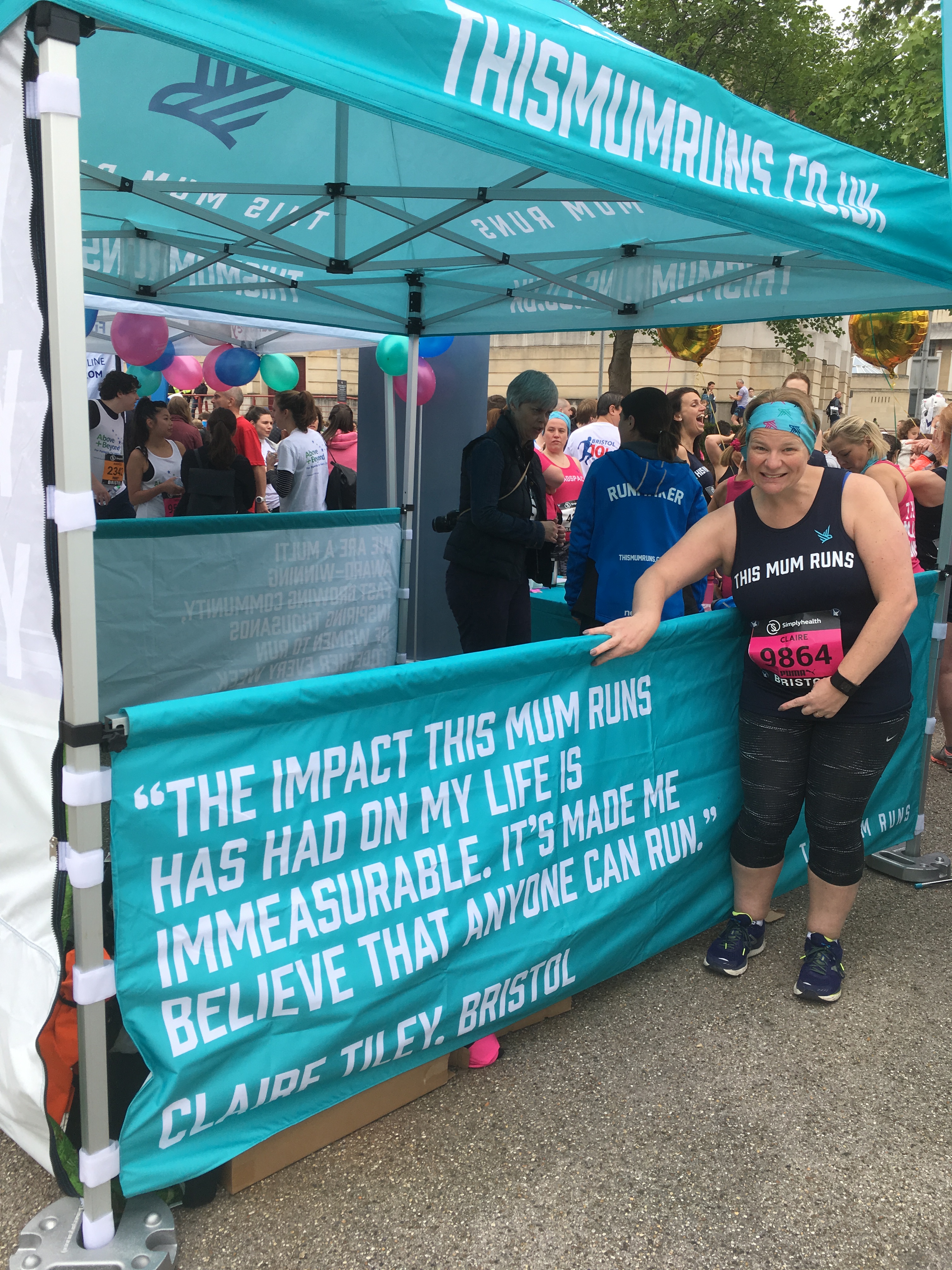 Inspiration Mel who built a community around fitness and friendship.

New mum Mel Bound, from Bristol, had all but given up on regaining her fitness following spinal surgery for a slipped disk. Her confidence was shot through following year of rehab and a loss of identity following the birth of her first child. She turned from a confident and active mum, who used to love running, into someone with a pathological fear of sport.

But Mel managed to turn it around and, after putting out an appeal on a Facebook page just four years ago, she went on to found a running club that has grown into a community more than 50,000 women strong across the country.

It all came about four years ago when a friend, who knew how she was feeling, suggested she found a running buddy and start exercising again. Tentatively, she put up a post on social media, explaining how she felt and asking anyone who felt the same way to join her for a gentle jog in the local community space Greville Smyth Park. To her astonishment, 75 women turned up that day. The movement, ‘This Mum Runs’ was born and thousands of women across the country were to become empowered.

“I nearly didn’t go that day,” Mel recalls. “But I am so glad I did. It was quite a moment. We all went on a ten-minute run and everyone was euphoric and giddy with freedom. Of course, I absolutely love being a mother but it was so great to be outside and not laden with buggies and children. I went home and set up a Facebook page for us. Within weeks people from all over Bristol were asking me to organise runs.

The movement caught the imagination to such an extent that there are now movements in 45 locations including Bath and London, and 500 volunteers leading the runs. Women who lead the runs are called ‘Park Angels’.

“It’s all about a sense of community for us,” says Mel, 45. “Community unlocks exercise. Through exercise we can find some headspace and me time. The reason we have grown so quickly is that we have tapped into a community of women who were in a no man’s land. We helped them overcome that fear of getting back to running with a sense of community.”

Runs take place every Wednesday evening and Sunday morning. Whether you're a total beginner or you can already struggle around a couple of miles but are wondering how to take the next step there is a coached programme for you.

“We set up originally for mums, because of the particular pressure we face. But we have branched out so that we are for all women who are terrified of exercise. We have grown organically. Everything is led by volunteers who share my passion. We have grown so much I have had to get organised,” laughs Mel. “I’ve had to set up an online training programme for volunteers.”

Claire Tiley, 43, from Bristol, is one woman whose life was transformed by the movement. The mum first joined the ‘Run30’ course, which aims to build up running starting from one minute to thirty minutes, determined to show her daughters a healthy active lifestyle was normal. Within months she had progressed to the ‘Run60’ course, before she went on to do a 10k run and then half marathon. She is now a completely different woman, who enjoys running and taking her two daughters orienteering.

“This Mum Runs has changed my and my family’s lives, and Mel is such an inspiration. I found this community of women who offered encouragement and support the like of which I have never experienced before. It is about health and fitness, but friendship is really important too. This group empowers women to do things they didn’t think they could do. It is genuinely empowering.”