Not just a bed for the night 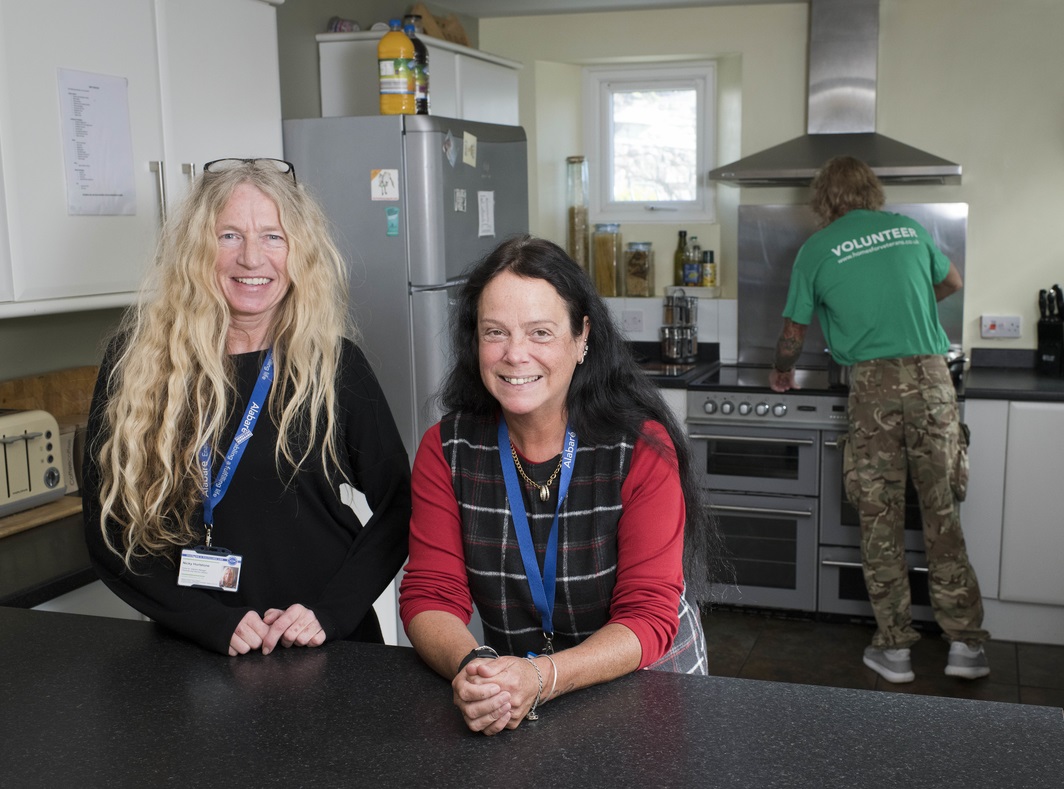 The charity that has helped over 150 ex-veterans at risk of homelessness back on their feet with a warm meal, job placements and a positive attitude.

The Plymouth House for Veterans is just a small seven-bed facility that supports ex-armed forces personnel who are homeless or are at risk of becoming so. Yet they have helped at least 150 ex-servicemen and women get back on their feet and into their own homes.

The home opened nine years ago, with six further projects having opened around the South West since then.

Nationally, there are 24 facilities providing a total of 110 temporary bed spaces for veterans in their local community. The homes are run by the charity Alabare, which supports vulnerable, homeless and marginalised people - not just veterans - around Britain and aims to help transform their lives.

As well as providing housing, veterans can access appropriate agencies, including counselling services, drug and alcohol support groups, Citizens Advice and NHS services. They can also learn training and skills needed for independent living, including budgeting and healthy eating.

The veteran’s house in Plymouth boasts a large kitchen and dining area. “Everyone pitches in to help with cooking,” explains Nicky Hurlstone, 55, House Manager at the home and who runs the facility alongside Jan Murray, 50, a housing support worker.

Despite the circumstances, Nicky and her staff maintain an upbeat and positive outlook for residents.

“Once a week someone will take their turn to go plan a meal, go shopping and then cook for everyone. It is lovely but it also teaches crucial skills of planning and budgeting. Day to day we might do a bit a gardening or house-keeping and I also spend a lot of time on the phone to the benefits office to help them get back on track.”

Veterans can become homeless for many reasons – they face many of the same issues as other people but often have added Post-Traumatic Stress Disorder or mental health issues, and find it difficult to adjust to civilian life.

“Many also have mobility issues or educational needs,” said Nicky. “On base, armed forces personnel are looked after – everything is done for them – some veterans don’t know how to pay a council tax bill for example.

“Coming out of the forces is a different world. This place gives back that camaraderie which many people lose when they leave the forces.”

“We try and enthuse and motivate. We recently encouraged one lad to go back to college and retrain as a mechanic. We are now looking to fundraise and pay for new overalls and boots for him.”

Nicky added: “It can be a difficult job but we really get a buzz seeing someone leave us and move forward in a positive way armed with new tools. If someone has a roof over their head, other things can be built.”