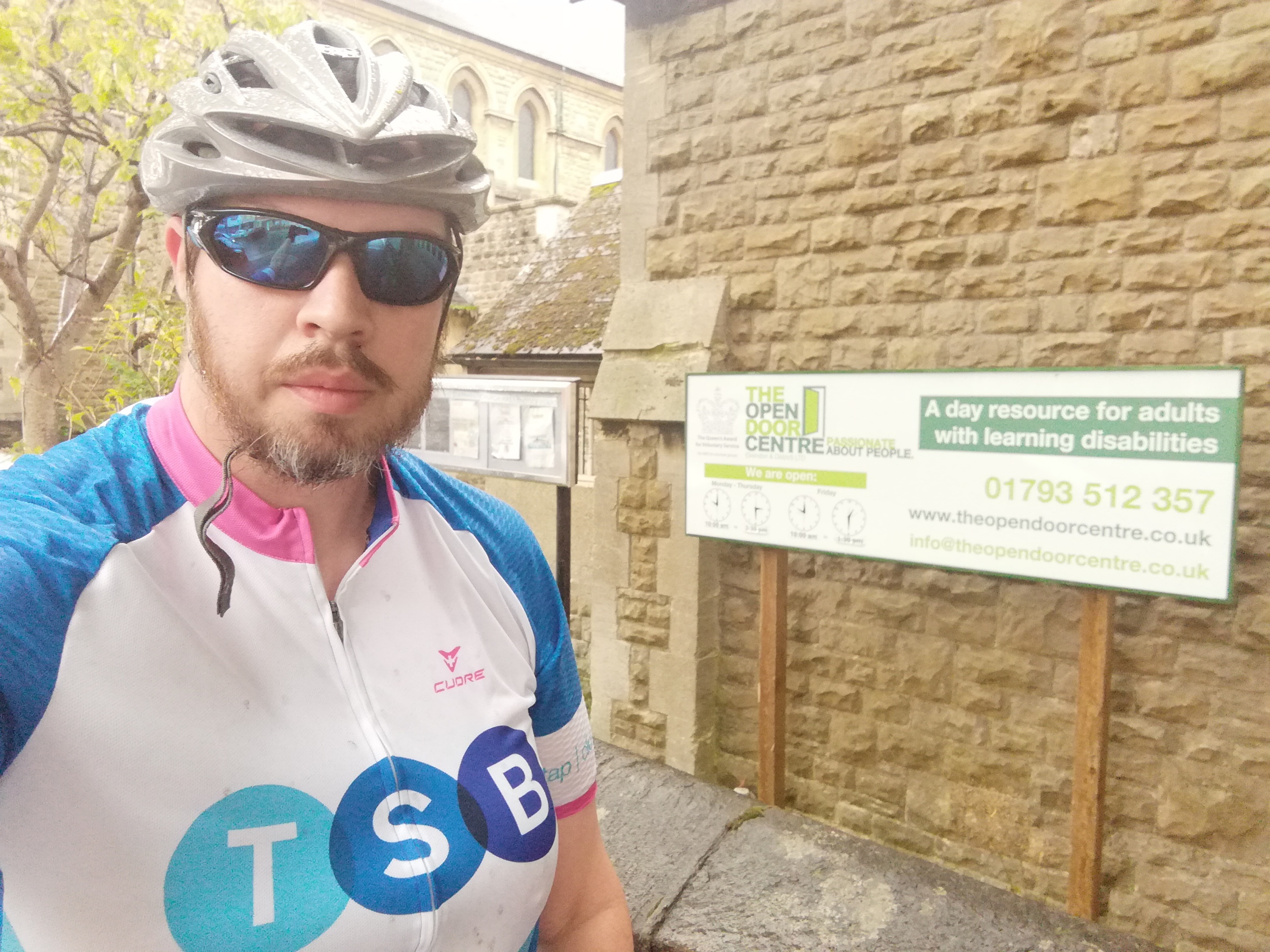 He’s more than a fundraiser for brilliant centre that helps adults with learning difficulties.

The Open Door Centre in Swindon supports around 100 adults with learning difficulties, and needs to raise more than £2,000 a week just to stay open.

It is able to carry out its valuable work in the community thanks to the dedication of staff and the support of local fundraisers.

Fundraisers like TSB partner Dan Cowen, who has worked tirelessly to raise money for the centre. He made it his mission to help after his branch in Swindon chose the Open Door Centre as its TSB Local Charity Partner. The 44-year-old’s efforts have been recognised with a Pride of TSB community superhero award.

Last month he cycled 70 miles from Swindon to Cheltenham to raise funds, while staff at the branch cycled the same distance on a fixed bike and others baked tasty cakes to sell.

He has also organised raffles and car boot sales to raise extra funds. So far his efforts have raised more than £2,000. It is a great example of when people help people, the whole community benefits.

Dan often visits and has built a great relationship with the users, who come in every day from all around the local area. The centre is run by seven staff and seven support workers.

“With Open Door, because people with learning disabilities often feel they’re different, they can come here and feel accepted – not judged – and safe, and knowing me they know that they can come into TSB and feel safe here too. I feel a part of that family now.”

Pat Winning, deputy manager of the Open Door Centre, is one of the dedicated staff. She has worked there for 28 years alongside manager Jenny Stacey who has been there for 32 years. Pat said: “The Open Door Centre exists to make a positive difference in the lives of adults with learning disabilities. Members are encouraged to be independent adults, understanding their rights and choices, in order to become respected, confident, valued members of society.

“We’re so grateful for the hard work that staff at TSB have done for us, especially their amazing work on fundraising on our behalf with special thanks to Dan Cowen.

“He is a wonderful man and has done so much for us and motivated so many. Nothing is too much for him and he even comes here on his days off. Only last week he was down here decorating our kitchen - a striking pink! I’ll forgive him for that.”

Dan has the last word: “Jenny and Pat deserve recognition also for all the work they do every day to help these people - it is a place that they can be their best selves amongst friends and family.”

Dan received a ‘Pride of TSB’ award for his brilliant charity work.