The Breakfast Club providing banter and a brew... plus so much more to former veterans 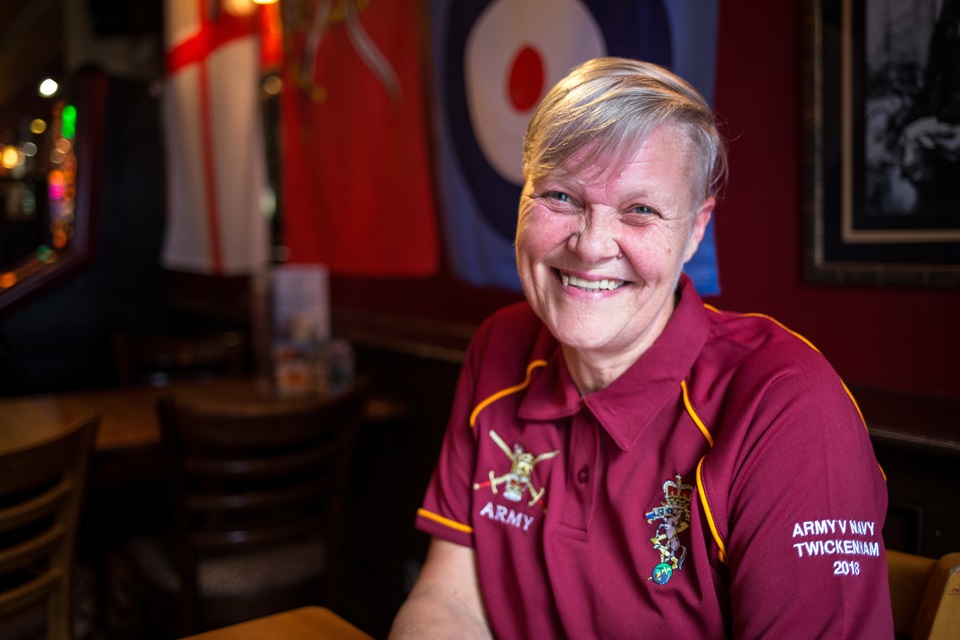 Pub hosts ex-veterans to help overcome isolation in the community by giving them a sense of belonging again.

It’s a buzzing community hub where ex-servicemen can meet others, share experiences and find the comradeship so many miss after leaving the military.

But the Sunday morning meeting of the The Bristol Armed Forces & Veterans Breakfast Club is more than a just a casual catch-up of friends. It is a great example of people helping people and serves as a vital lifeline for the former soldiers, without which many would be left struggling with isolation.

Once a month, a group of friends get together at the Kingswood Colliers pub in Bristol for a hearty breakfast and to chat about everything from football to what their family have been up to.

The group of around 15 meet at the pub for free tea and coffee and a room decorated with regimental flags for the morning.

Jane Ager, who organises the meetings, said that many of the men arrive struggling to cope with civilian life.

“We have people of all different ages, men who served in Iraq and Afghanistan, and old boys from World War II, but they all have one thing in common,” she said.

“They find a place where there are like-minded people who understand and support them, and that can make a huge difference.

“A man came in who suffers from serious post-traumatic stress disorder. He was visibly anxious and worried about fitting it, but soon relaxed when the squaddie banter began and he realised he wasn’t on his own any more.”

The Bristol breakfast club is one of several in the southwest, and one of over 270 around the UK, which bring together ex-servicemen, from World War II veterans to young men who have recently left the Army after tours of Iraq and Afghanistan.

The clubs aim to tackle the isolation many former soldiers feel once they leave service, giving them back a sense of belonging which many feel they lost once they returned to civvy street.

Jane said: “Most soldiers go into the armed forces when they are teenagers, and when they come to the end of their service have never been a civilian.

“They’ve never made the transition from child to civilian adult, or learned how to live independently. They end up feeling isolated, struggling with depression and unable to cope with normal life.

“Breakfast clubs help just by putting them together with people who know how they feel, and who support each other.

“It’s such a simple thing but for many of those who attend it has made the vital difference to their lives.”