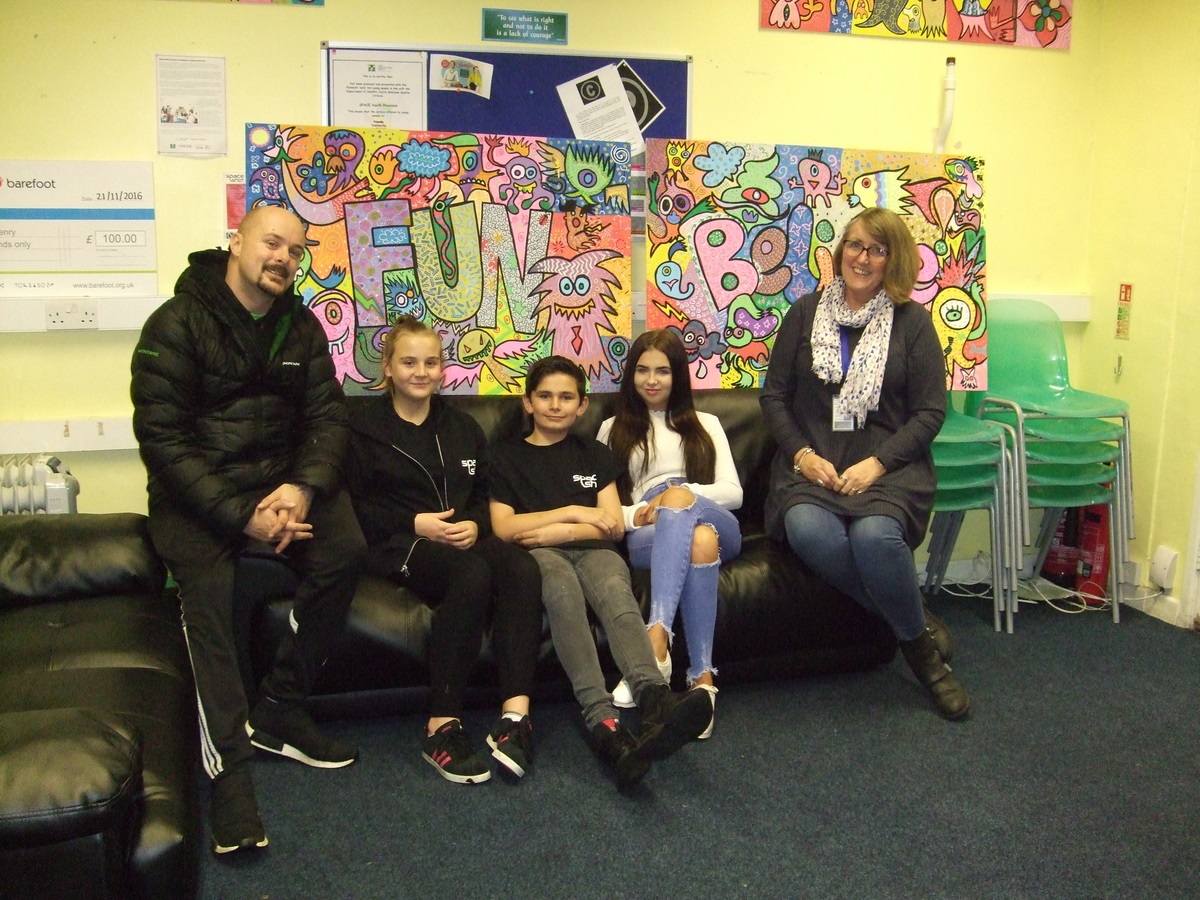 Richard Marsh has reached an age where he could be putting his feet up. But the director of youth work charity Barefoot has no plans to give up his vital community work any time soon. His whole mission in life is to help others.

He said: "I've just got my bus pass and my wife keeps asking when I'm going to retire, but there's always kids that need helping.

Barefoot has helped several Plymouth communities since it was founded in 1996, but most recently the SPACE SHOT project on the deprived Ernesettle estate has been making the biggest impact.

Barefoot provides open youth services to anyone age 10-19, providing them with sessions and projects to keep them occupied and relieve the stresses of school and social media - along with integrating teens with the community.

Richard added: "Youth work is so important. It's about building up trust between the teenager and the youth worker, then we can help with issues big or small. They need to know they can chat to someone confidentially, and we can help if they need it."

SPACE SHOT runs from a space in the Ernesettle estate. Richard said the estate itself is quite isolated from the rest of Plymouth - with a limited bus service running in and out.

He said: "There's a big youth centre in Plymouth centre, but that isn't going to be much good for our kids."

Barefoot runs sessions on Wednesday nights and projects on Thursdays - with additional excursions such as watersports or horse riding on Dartmoor.

Most recently teens involved in the project delivered a keynote speech at an NSPCC event about stopping child abuse through Barefoot.

Richard said: "We have three to four youth workers and I think they are all brilliant. Our centre is needed because with school stress, social media stress, it all piles on. They need somewhere they can go to relax and let off steam, but they also are incredibly productive when they are here."

Richard added although they ended up in Ernesettle by chance, he believes it's fate.

He said: "The people of Ernesettle are very generous and big-hearted. We are proud to be here. It's the seventh most deprived estate in Plymouth but you wouldn't think that walking around - a lot of it is hidden deprivation. We've been massively accepted into the community."