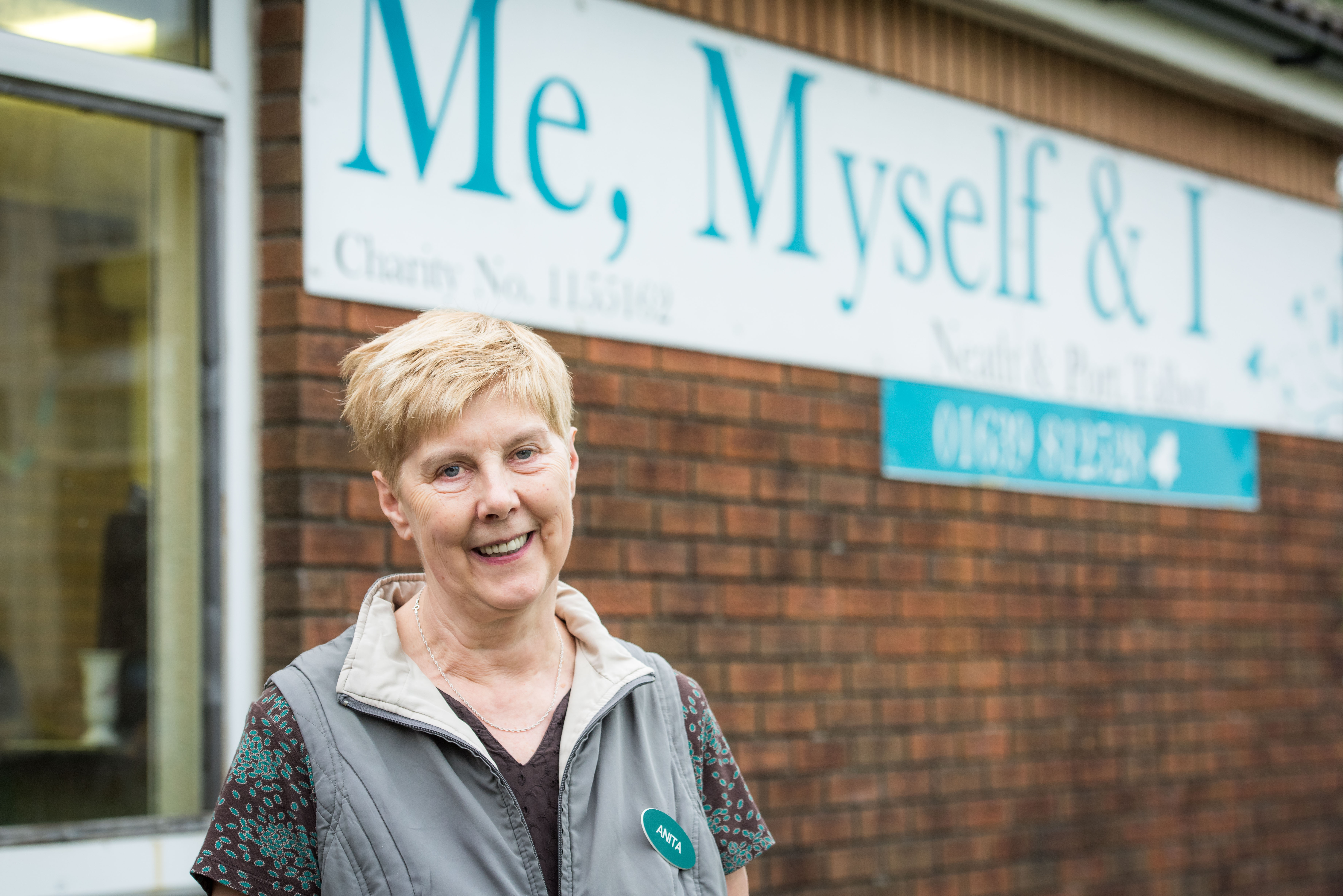 As a charity, they have a motto which sums up what they are about - and that is ‘People Helping People’. It is this thinking that guides everything that Me, Myself and I, aim to provide in their local community in Wales.

The charity supports people living with dementia and their families.

The co-operative charity helps supports up to 60 people each week, aged from 42 to 97, with a team of nine staff supported by 18 regular volunteers.

She started a career in social care but became frustrated at the continuing lack of support for people with dementia and their families and that their voices weren’t being heard. So she left her job to found Me, Myself & I.

“I realised that although there were pots of good support, there were also a lot of bad practices.  Staff had a lack of basic training and understanding in dementia care and dementia in general and exactly what it was like to live in that reality.”

Anita first opened three new Friendship Clubs for the community of Neath Port Talbot with the objective to empower and give patients a say over what they want. The clubs were a place for those living with dementia to meet up over a cuppa.

Three years ago she launched an academy to train personal assistants and carers. Called the Community Care Academy,  she runs three 12-week social care courses a year and a six-week dementia course.

“People have a right to good care, and I wanted my carers not to be good but great. People with dementia are no different to you and me, they just suffer from memory loss. You don’t need a GCSE to have compassion.”

When Anita was just 17 she witnessed a scene that would determine the path she would take in life and see her change hundreds of lives for the better.

Working as a kitchen assistant in a care home for people with dementia, an elderly resident asked if he could have Branston Pickle on his roast dinner rather than gravy. She took his plate back to the kitchen but was told by the staff that he would have to eat what he was given. Another lady asked for a banana but was told it wasn’t the right time.

“It shocked me,” recalls Anita. “I went home and told my mother. She said, ‘it is what it is’. But I was angry about the lack of empowerment these residents had. They deserved respect. I realised then what I wanted to do in life. From that day on I was on a mission.”

Anita has also opened a day centre called DayBreak. She says: “One husband told me that it’s a relentless 24-hour mission looking after his wife, so on my way into the centre I now pick up his wife as it’s on my way.”

Sue, whose husband has dementia says: “When he was first diagnosed it was doom and gloom, not now – we’ve got a future, this is our future because of the force we’ve got here and the coming together.”