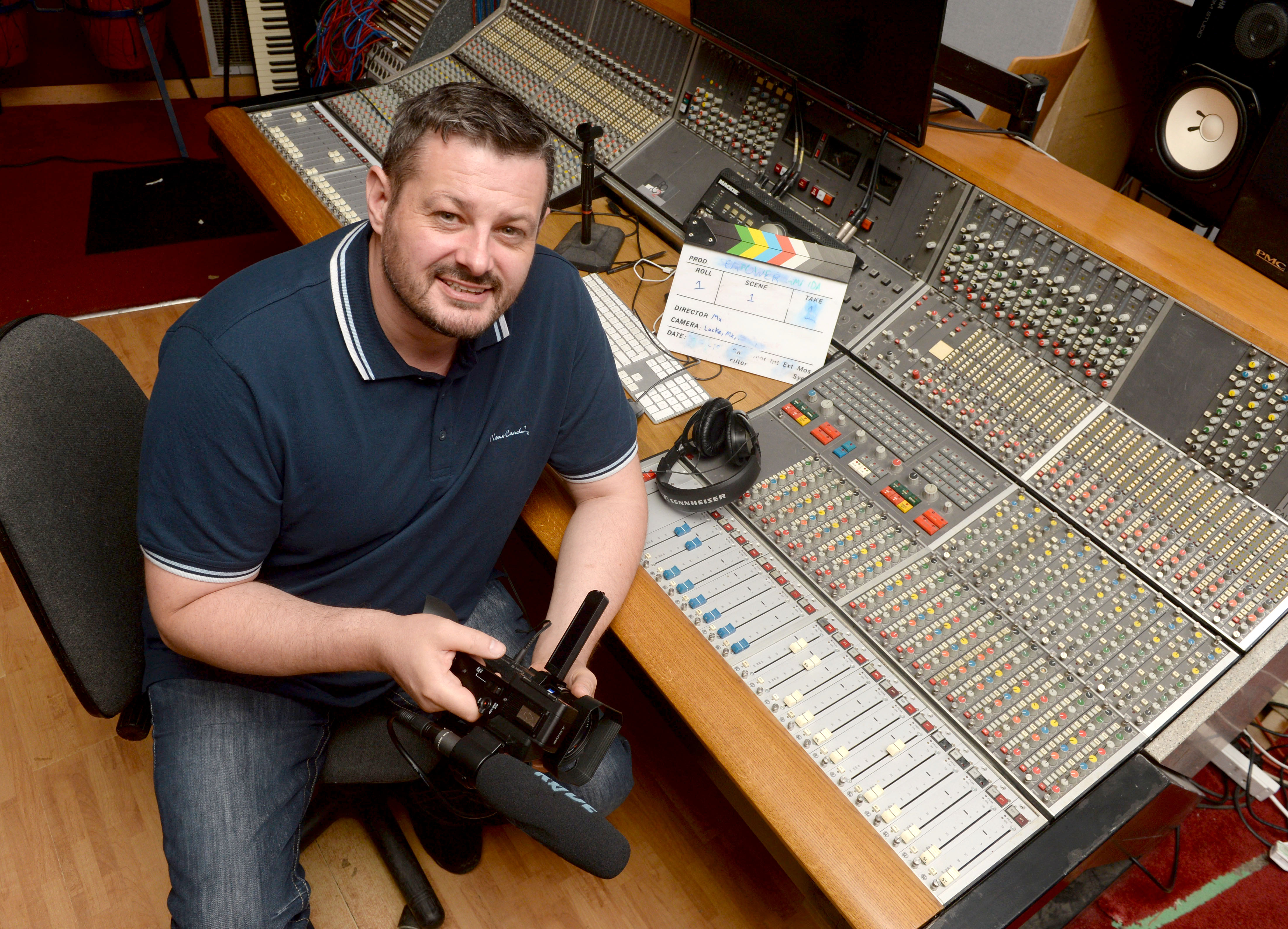 How Marcus is using the art of filmmaking to help recovering addicts.

But what makes Eternal Community Media truly remarkable is the fact that Marcus - and his team - are all ex-offenders and recovering drug addicts.

Marcus, 46, founded the charity to use the creative art of filmmaking to help people battling addiction to rebuild their lives.

Eternal works with offenders, ex-offenders and those who are susceptible to offending by offering support, education, and volunteering and training opportunities.

Marcus reaches out to show them they can choose a different path, as well as offering some of them the chance to come to workshops and try their hand at filmmaking and production.

He says: “We use filmmaking as a vehicle to reach out to those who have lost their health, wealth and motivation for life. We make and show films that tell inspirational stories. And we invite them to come along to our studio and learn new skills that they could use for future employment.

“We've engaged with over 400 people, none of whom have relapsed whilst with us or committed crime and to date we've made 56 films over four years of running.”

The charity also goes into Europe’s biggest prison, HMP Berwyn in Wrexham, to deliver workshops to inmates and supports them to make useful films distributed to all UK HM Prisons.

Marcus has a core crew of around five or six who work with him regularly at their base in an old cold war bunker in Wrexham which has now been converted into ROC2 Studios.

“I had more natural light when I was in prison,” jokes Marcus. Over the last three years, around 150 people have engaged, for anything from a single shoot to more long-term programmes such as a 10-week training course in either film production or photography.

Documentary films have been made for North Wales Police and Cheshire police warning of the dangers of legal highs, for the North Wales Fire and Rescue Service and a film to accompany a Keep Wales Tidy bid for National Lottery funds to regenerate parks.

“We have two key goals, to make people more employable and more responsible contributors to the community, and deliver high quality, positive, unifying and socially responsible media productions that actively support the people, places and communities who commission it.”

It is quite a turn-around for a man who was “hopelessly” addicted to crack and heroin for more than two decades.

After many attempts to get clean over the years, he finally enrolled in a programme at the Open Minds rehabilitation centre next door to ROC2 Studios and started the road to recovery.

He has been clean for five years and in 2015 won the North Wales Police and Crime Commissioner's award for Rehabilitation.

“I feel like I got my life back and it feels good to help others do the same. You can’t put a price on the therapeutic value of getting one addict to help another, and work together on creating something positive like we are doing at Eternal.

“There is an explosion of creativity when you work with people like us.”