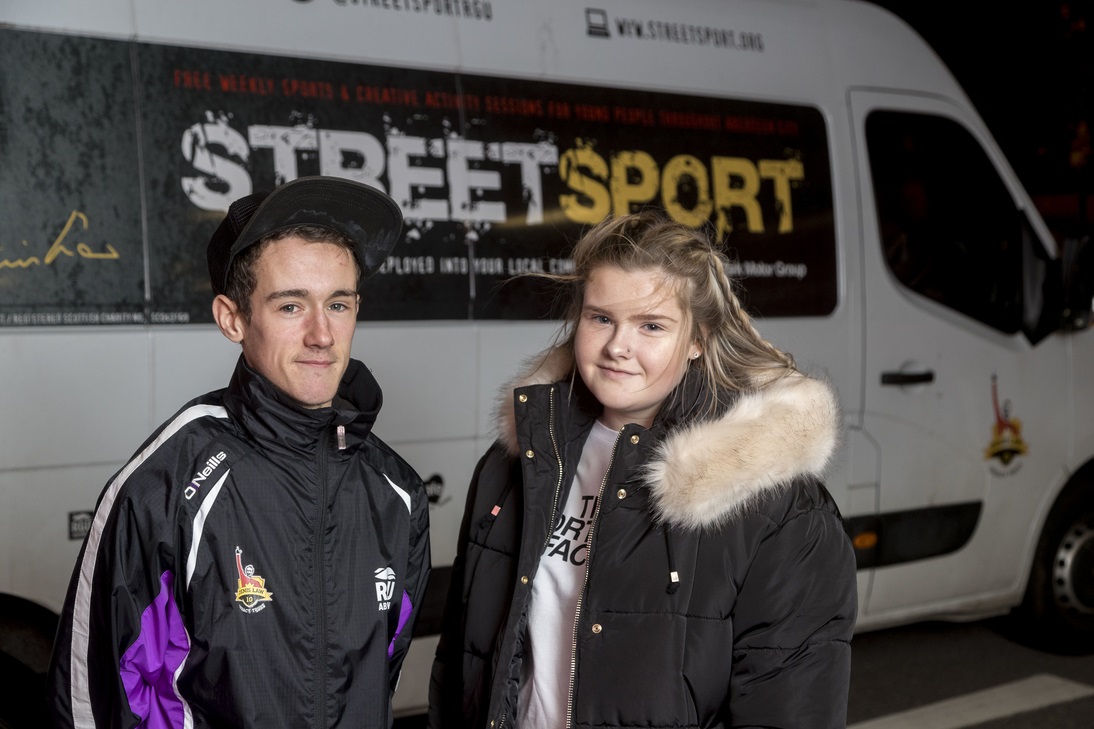 Anti-social behavior kicked to the kerb.

Streetsport has transformed the lives of 16,000 people around the Aberdeen area and beyond.

Run by the Denis Law Legacy Trust and Robert Gordon University in partnership with Police Scotland and the Scottish Fire and Rescue Service, Streetsport is a non-profit initiative which aims to reduce instances of youth crime and anti-social behaviour while helping develop the employability and aspirations of young people in Aberdeen.

It puts on free activities such as street football, street tennis and street dance for youngsters to take part in on weekday evenings. Initially running as a part-time programme delivered in a handful of locations, it has grown over the years and is now a full-time programme operating across Aberdeen in more than 30 locations.

Their qualified coaches and experienced volunteers are out every week night in all weathers, delivering free activities 50 weeks of the year.

Eight years ago William McMillan used to be afraid to go out. In his home town of Northfield, Aberdeen, gangs of youths would roam the streets looking for trouble. Anti-social behaviour was rife. William, then 12, was forced to stay inside and play video games after school rather than risk getting caught up.

But with difficulties at home, and his own anger issues, he needed somewhere safe he could get away from it all. That’s where Streetsport, winner of the TSB Community Partner Award at Pride of Sport 2017, came on the scene and transformed not just his life but that of thousands of others too. As a direct effect of the initiative, which Streetsport currently features in a new short film on ITV, levels of youth-related violence are now at an all-time low in the city. Streetsport initiatives have helped reduce complaints and instances of youth crime; anti-social behaviour and arson by over 75%.

William, now 20, has noticed the difference the scheme has made not only to his life but to his local community.

“I used to be scared to go out, there were large groups of intimidating kids around. It was just safer to stay in. But one day a friend took me along to Streetsport. I played football, basketball and made new friends.

“But more than that it became a safe space for me to go every night after school. It was not always easy for me at home, but Streetsport became like my extended family, and a place where I could forget all my worries. It kept me grounded and calm and gave me the belief that I can achieve all my goals and dreams.”

He now works as a volunteer and wants to work for them full time. “They will never know how much I appreciate the time and effort they have put into me. Now I want to give back.”

Another youngster whose life changed for the better thanks to Streetsport is 14-year-old Lauren Cran. “By the time I was 11 I was already in the wrong crowd, getting in trouble at school and outside with police. Streetsport transformed my life. For the first time I was listened to and treated like an adult. I’ve not got in trouble since.

“I go every night and either play tennis, hang out or get advice. They give me mentoring and the confidence that I can succeed in everything, even encouraging me to do my bronze Duke of Edinburgh. They have changed my life.”

Mark Williams, Chief Operating Officer of Streetsport adds: “It’s about giving free sports for kids to enjoy in a positive environment. Communities have become closer, safer and healthier at the same time.”