Jason was given a sporting chance 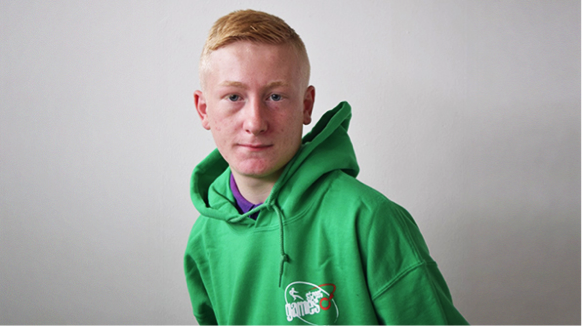 StreetGames uses sport as a force of good in the community.

It’s all thanks to a sport’s charity that 22-year Jason Smith did not end up in jail.

StreetGames uses sport as a force of good in the community and bring positive change to the lives of disadvantaged young people right across the UK.

Young men like Jason. He freely admits he would often find himself involved in anti-social behaviour. With local police running short on patience, and relationships at home beginning to break down, ‘Jay’ – as he’s known to friends - knew something had to change.

Streetwise working with 30 locally embedded charities in Scotland alone, supporting them with training, resources and funding. In Clydebank, where Jay lives, StreetGames supports Y Sort It, a project for young people aged 12 to 25.

“I never really belonged anywhere, so I think getting involved with local gangs was almost inevitable. I was involved with bad people and doing bad things. It was obvious I was going to end up in jail”.

Jay soon became involved with running sports clubs and activities, and supporting young people. He was then even offered a job with StreetGames.

Being part of a team gave Jay a real sense of belonging. He was also grateful to be earning money and gaining qualifications, like certificates in multisport, dodgeball and football.

“It was much better than I thought it would be,” says Jay. “In fact, it was brilliant. At one point I thought, ‘When are things going to go bad again? This is too good to be true’. Deep down, it was hard for me to think I deserved this chance.”

Things started to get better when I was offered a job with them. It was only a 22-week placement. But it was the start of me turning my life around”.

Nowadays, Jay has a clear goal in mind – “to help people the way StreetGames has helped me”, by making use of his new training qualifications to become a coach or mentor himself. Working with Y Sort It he helps deliver over 30 different sports and activities through the ParkLives with StreetGames initiative including basketball, skateboarding, bubble football, footgolf and tennis.

“My ma’s really proud of me. I put my family through a lot. But I can now say I’m a positive role model to my 10-year-old sister. You can’t really compare where I am now to where I was just a few short months ago. StreetGames didn’t give up on me.”

Even though his placement has ended, Jay still volunteers for StreetGames and as part of that he now delivers ParkLives sessions in Clydebank. ParkLives aims to give young people and their families living in disadvantaged areas the opportunity to access parks within their local communities through engagement in a variety of sports and physical activity.

StreetGames believes sport has a critical part to play in addressing the issues faced by those living in the poorest communities.

“Our work helps to make young people and their communities healthier, safer and more successful,” said Mark Lawrie. “Jason is definitely one of our success stories. Through our volunteer programme he has been able to learn different skills and gain qualifications. He is now also on our young advisor programme helping plan at a national level.”

Mark explained how StreetGames works. “Small organisations are not often able to offer young people the opportunity to leave their neighbourhoods. We try and enable them with funding, equipment and training to do what they do but do it better. For example, we helped local organisations take 1,000 young people to the Commonwealth Games in Glasgow in 2014.