Treading the boards: The theatre company helping former veterans be their best selves on and off stage 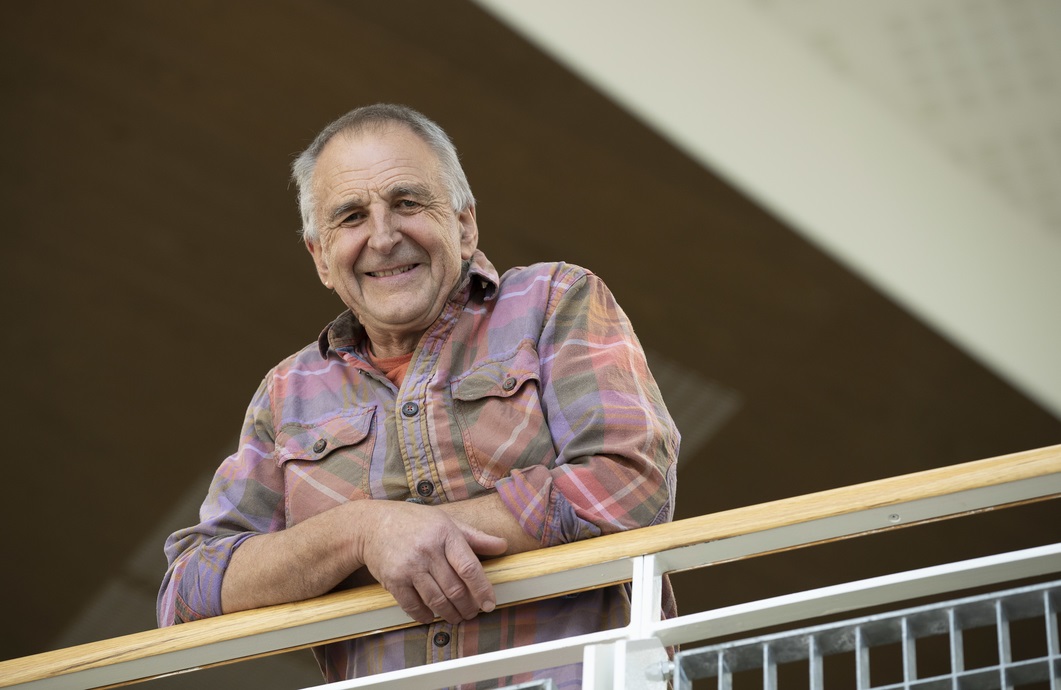 When people help people it’s a good thing for all of us. Alan Cameron, 69, is one such person who is helping his local community thrive. With a background in theatre as well as family who had served in the military he found a way to fuse the two in a winning social enterprise.

He founded Stand Easy Productions under two years ago to help wounded and isolated veterans through the use of drama. He also partnered the veterans up with young local theatre students and invited their extended family along to take part too.

He admits it was always going to be a hard sell convincing injured war veterans, and those with PTSD, that theatre could be the way forward in aiding their recovery.

“You can imagine the initial reaction from the first group of hardened, war-weary veterans we approached,” he said. “They thought it would just be a silly load of prancing about on stage.”

But it’s far from that. In less than two years, dozens of men and women often suffering from conditions such as Post Traumatic Stress Disorder have learnt theatre skills that can help in their day to day lives. Working in collaboration with Dundee and Angus College, the organisation hosts weekly workshops in a creative and supportive environment, where veterans can also participate in a theatre production of their choosing. The acting tends to re-enact experiences the veterans have been through.

Sessions take place at the D&A College Gardyne Campus and lasts for three hours, with a break in the middle for refreshments and chat. Drama workshops have also newly started this September in Stirling at the Macrobert Arts Centre.

“What we do is led by the veterans, and the weekly sessions are there to provide a more or less continuous support for our veterans, so there is always a strong social element to each session,” explains Alan.

A key part of the project is the involvement with local drama students. He said: “The veterans learn quicker by being with the students, they gain confidence in performance, they appreciate being listened to by young men and women and they enjoy the liveliness the students bring.

“The students learn from the veterans, from their life experience and from their courage in dealing with their mental health issues, and they enjoy their sense of humour.”

Alan added: “The hardest thing is to get veterans involved in the first place, but once they are on board they quickly see the benefits. I have tremendous respect for these guys who come here with some serious difficulties. But once they get here, some of that pressure is taken off, and most feel able to speak about their experiences and even act them out. It’s a good outlet for stress while gaining in confidence. We are now developing a policy of getting family members to attend. If we can help one person, we are potentially helping a whole family. And if we can get any members of their family to come along too - that is even more incredible.”

Billy McWilliam, from Falkirk, is one veteran who says the drama classes and workshops have been life-changing. The former Royal Engineer’s relationship with his family broke down after he left the service in 2001. He developed PTSD following tours in Bosnia, Kosovo and Northern Ireland. “Things started to go downhill for me after Kosovo. The last few years have been a real struggle. I purposely isolated myself away at home from everyone. I didn’t want my children or grandchildren to see me in this state.”

But after coming along to the Stand Easy classes, Billy, 63, says he's found a new confidence.

“I feel like a different person now and it is has given me a sense of purpose in life. Last month I was on stage doing a monologue in front of a small crowd - never in my wildest dreams did I imagine that I would have the confidence to be up on stage one day.”