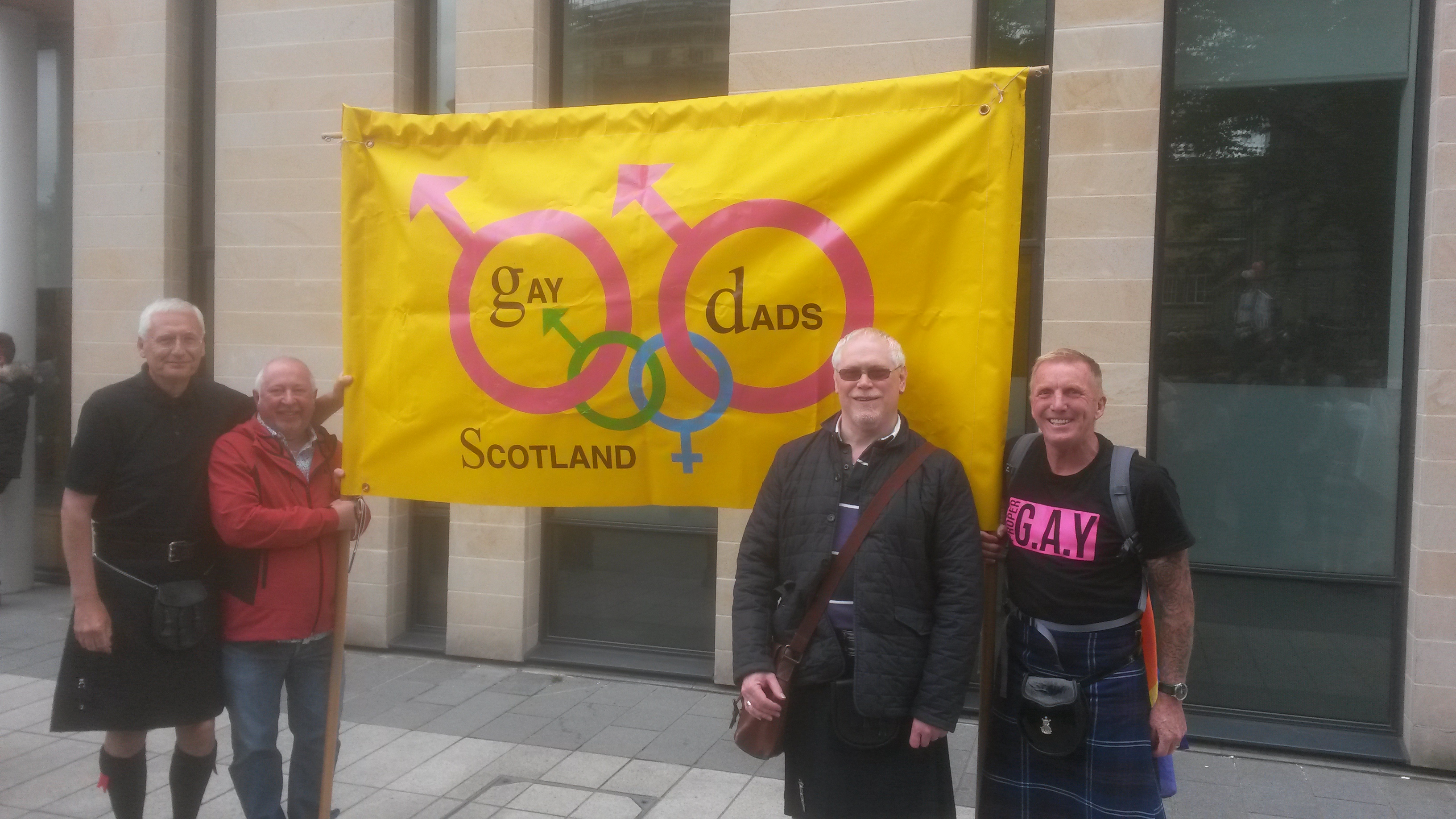 Gay Dads Scotland helps support hundreds of gay dads in their local community. The group is a mix of married, separated, divorced and single gay fathers who are all interested in understanding gay parenting issues and how to provide themselves and their children with a positive life experience.

Some of the group are openly gay whilst others are still coming to terms with their sexuality. They meet monthly and come from all walks of life and a wide age group, with members ranging in age from their early twenties to those in their 70s. Around twenty meet regularly at a venue in Edinburgh where their shared experiences and advice benefit all who come along.

Jack Marshall, joined ten years ago and is now their chair. He admits that it took him quite a lot of courage to attend his first meeting but now he could not be without the group. He took the difficult decision to divorce after 30 years of marriage after realising he wanted to be with another man.

Not only did the 61-year-old still care for his wife but he was worried how his children would take the news. Luckily for Jack, despite their initial shock, he is on good terms with his three adult daughters. “When I came out as gay, some people were shocked but others said they had always had an inkling,” he said.

“For me it was a relief. I had gotten married at the age of 19, it was the done thing and I did love my wife. Being gay was not something ever discussed. The first ten years I lived a straight life and loved seeing my daughters being born and growing up but then these thoughts and feelings started to crowd my mind.

“I stuck at my marriage for my children’s sake, I wanted to wait until they had grown up. When I did finally come out, it was such a relief. I was finally going to lead the life I was meant to lead and not a dual life. I met someone, and it all felt right.”

When the last venue where they used to meet recently closed down, one of Jack’s daughters helped sort out a new meeting place. “For me I had a positive outcome, and nowadays people barely blink an eye when you say you are a gay dad. So society has moved on. But we still have the same parenting issues as anyone else. There are dads who have good relations with their exes. But others don’t and are having difficulties in maintaining contact with their children. When we meet we do an informal explanation of our situation and then open up the debate. We basically let people get things off their chest.

“There are many men is Scotland who feel very isolated as they try to deal with being a gay parent with no support. The group exists to help fill that gap.

“Sometimes the hardest thing is just plucking up the courage to go to your first meeting. When you hear other people relate their experiences it stops you feeling so isolated. Empathy from others can be so reassuring.