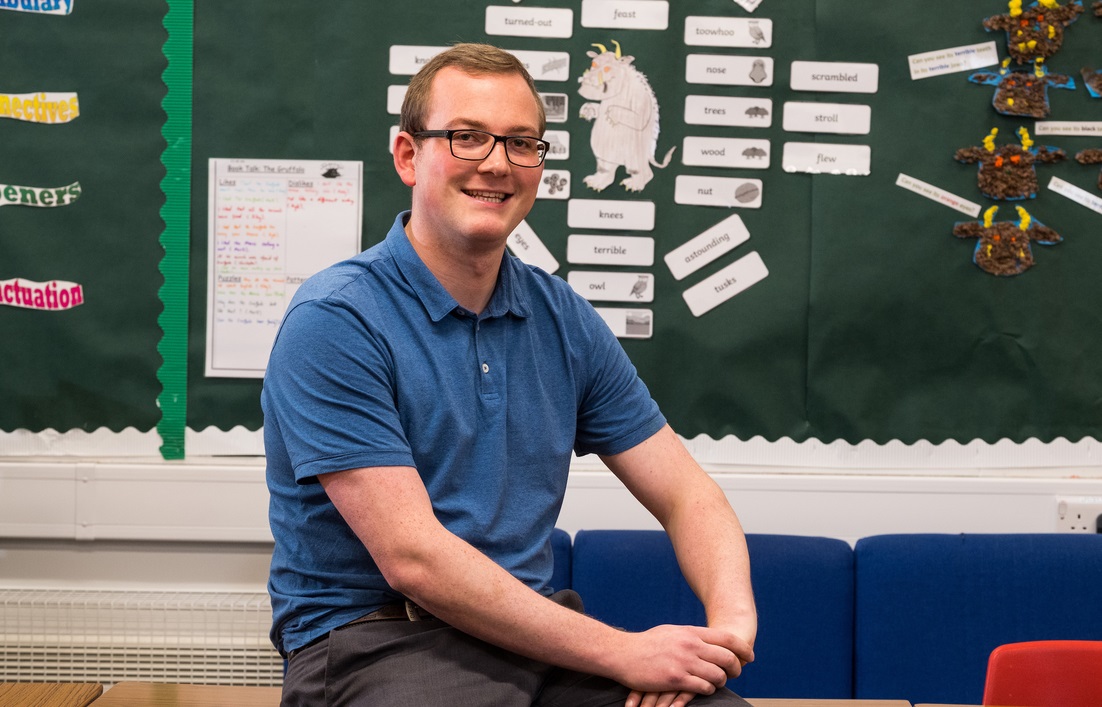 Adam Black was helped through speech therapy programme and now gives back to his community.

Adam Black’s life changed 12 years ago when he discovered a programme that helped bring his prominent stutter under control. Before he was helped by the McGuire Programme he could not even say his own name in public.

He avoided social situations and shelved plans to train as a teacher because he was worried he would not be able to speak to his pupils.

But the McGuire Programme, an international network of peer-supported stammer therapy, revolutionised his life as well as thousands of others. The system is a mixture of confidence-building, managing tricky situations and opera-style breathing exercises.

The course was a game-changer and the father-of-two, 29, is now a special needs teacher at Eastmuir Primary, Glasgow, where he leads by example in showing his students that they should "embrace their quirks". And as a coach he now also delivers the programme that helped him overcome the condition.

He recalls: “It was very hard before I went on the programme. I didn’t go to parties, and limited interaction to just a few friends. I wanted to train as a teacher but opted for a different college course because I was afraid of failing. I thought that if I could not communicate properly it wasn’t a risk I could take.

“Then one day I heard the pop singer Gareth Gates talking about the McGuire Programme on television. I thought to myself, I want to be as confident as him.”

Adam took an intensive four-day course in Newcastle which encourages participants to switch off all outside contact. “The theory is that you switch off all technology and outside distraction, and focus on speech. I really wanted to overcome my problem so I gave it my all.”

At the end of the course Adam had to make a speech in public.

“I thought, this is crazy. Three-and-a-half days ago I could not even say my own name. Now I am giving a public speech! I felt very emotional and it made the hairs on my arm stand up.

“On the way home with my family I did something I had never done before. We stopped at a cafe and I ordered off the menu for all my family. They were shocked and delighted and my mum was so proud. Previously I was only able ever to point at what I wanted.”

Adam wanted to give others the chance to have a successful outcome like him so signed up as a coach with the McGuire Programme. He now attends four courses a year and takes daily calls to support those still tackling the condition.

Not only that but he also finds time to volunteer as an equality and diversity representative for education services in Glasgow.

“I work with lots of students during the year. It’s all about building confidence. At the moment I am working with a lad called Lee. We speak every day just to get him talking. If he doesn’t call me, I call him. But I am always there for him. Stuttering is a hidden disability. But I tell him it is OK to be different. These quirks make us what we are.

“I have a wonderful wife, Rachel, and two young boys Toby and Samuel, so I just have to make sure I make time for them too.”