Pride of Britain Awards shine a light on courageous men, women and children 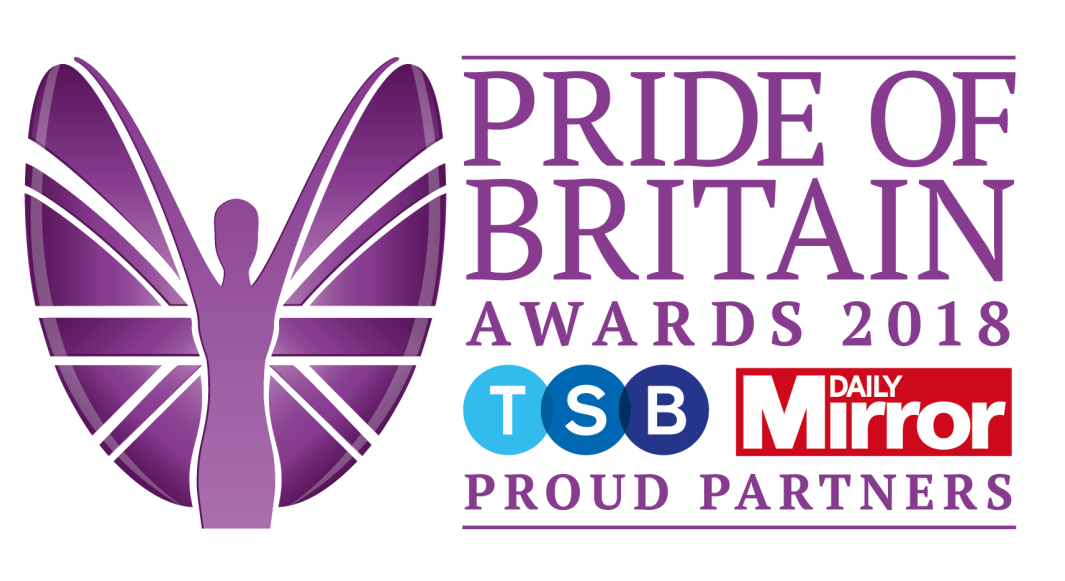 Inspiring and heroic acts celebrated at the biggest national awards event of its kind.

Men, women and children from up and down the country have been recognised for their inspiring acts of bravery, service to others and commitment to helping people in their local community at the Daily Mirror Pride of Britain Awards, in partnership with TSB.

Here are the stories of those unsung heroes, celebrated for their amazing achievements at the biggest national awards event of its kind.

In June this year, the world watched in horror as 12 young Thai footballers and their coach were found to be trapped in the Tham Luang Nang Non cave in Northern Thailand. While many observers gave up hope of a successful rescue, British divers from the South and Mid Wales Cave Rescue team, the British Cave Rescue Council and the Cave Diving Group joined the mission. Risking their lives to bring medical supplies, fresh water, food and blankets to the boys, they came up with a plan to get them safely out of the cave. Against the odds, the team of divers managed to guide each of the boys to safety through 4km of tunnels as narrow as 30cm wide, bringing them and their coach back to their families. The divers were awarded the Outstanding Bravery for their selfless and courageous service to others.

The Child of Courage award went to Ella Chadwick, an 11-year-old who has spent most of life in hospital due to a congenital nephrotic syndrome. Six years of dialysis and 40 operations later, Ella remains upbeat and determined and has raised more than £3,000 for the Royal Manchester Children’s Hospital where nurses and doctors have cared for her. Having made over 250 cheerful get-well cards with the hand-written message ‘Hope I Made You Smile. Love Ella’, she celebrated her 10th birthday last year by challenging herself to run 10km of races last year. She achieved her goal this summer after crossing the line at the Mini Great Manchester Run.

The awards shone a light on another child who went out of his way to help others, potentially saving 700 lives a year with his efforts to change the law on organ donation. 10-year-old heart transplant patient Max Johnson was named Child of Courage for calling on politicians to change the law to an opt-out system, so that consent to donate organs is presumed. Prime Minister Theresa May declared that the new legislation will be on the statute books by 2020 and that it will be referred to as Max’s Law.

The West Midlands Fire Service were awarded the This Morning Emergency Services award for the nail-biting rescue they carried out to save Phil Ewins. The driver had collided with railings and was completely impaled on a 10ft pole. As the clock ticked and Phil’s chances of survival decreased by the second, the team made the bold decision to release him with a chainsaw. On his way to propose to his girlfriend at the time when he crashed, Phil celebrated his full recovery with the team who save him, at his wedding.

Joe Rowlands was also recognised for his bravery and quick thinking in the face of an emergency. This year’s Teenager of Courage saved his dad from drowning after their kayaking expedition off the Anglesey coastline ran into difficulties and the pair abandoned the kayak. The 14-year-old managed to swim to safety and clamber onto rocks but risked his own life to jump back in to get his exhausted dad, who had contracted hyperthermia and passed out. Joe performed CPR on his dad until he came around, keeping him alive until the RNLI arrived two hours later.

After he lost three friends to knife crime and watched countless others go to prison, Omar Sherif knew that he had to get out of the gang he’d been a part of since his school days. The Central Londoner studied hard and set up a business, only to lose everything when the business folded and he ended up homeless. But Omar continued to strive and after meeting his wife, he enrolled on The Trust’s Team programme. He developed strong leadership skills, became a motivational coach and started getting fit – now he’s a personal trainer with his own fitness training business. He also runs workshops for young offenders and students with his inspirational story. Omar won the Prince’s Trust Young Achiever award for his determination to make life better for himself and his community.

When Emma Picton-Jones’ husband Dan took his own life, he left behind a suicide note reading: “You couldn’t help me, but you could help someone else”. He had been suffering from depression and anxiety for years. Emma saw that people in rural communities with mental health problems were not being properly supported and discovered that agricultural occupations carry one of the highest suicide rates, with one farmer a week committing suicide. The 29-year-old began asking for donations at her husband’s funeral and set up the DPJ Foundation, helping people in rural communities to open up about mental health and find the support they need. Having raised £75,000 and launched the ‘Share the Load’ 24-hour text and phone service run by Samaritans-trained volunteers, Emma received Special Recognition for her service to others.

Icolyn Smith was inspired to set up a soup kitchen when she saw a homeless man searching through a rubbish bin for scraps to eat. The 87-year-old, affectionately known as ‘Ma Smith’, still runs the Oxford Community Soup Kitchen and has served at least 45,000 meals to date. Over the 28 years since her organisation began, Ma Smith has battled to keep it open and in 2013 it became a charity. It provides supplies for the homeless like sleeping bags and shoes as well as three-course meals. She won the TSB Community Partner award for her unwavering commitment to her community and dedication to others.

The Good Morning Britain Young Fundraiser of the Year went to Edward Mills, an eight-year-old who became the youngest climber to scale the 440-ft Old Man of Hoy sea stack. The schoolboy raised more than £30,000 for the Climbers Against Cancer charity in tribute to his mum, Bekki, whose breast cancer spread to her spine and liver earlier this year and she was told she would not survive. His mum lived long enough to see him complete the five-hour climb in June, watching from a boat off the coast. Bekki, 38, died on August 30th.

Few people can say that they have raised more than £230 million for charity. Eddie O’Gorman was recognised with the Lifetime Achievement award for doing just that through the charity he founded with his late wife Marion, in memory of two of their children who died of cancer. Inspired by the story, Diana Princess of Wales joined the couple to inaugurate the charity in 1988. Eddie, now 83, has dedicated his life to fighting childhood cancer and the charity he founded, Children with Cancer UK, is a major force in paediatric oncology.

Pete Markey, Chief Marketing Officer for TSB says: “TSB is incredibly proud to partner with Pride of Britain, to shine a light on the people who are doing extraordinary things to help others in their local communities. I’ve been truly humbled to hear the incredible stories of dedication, commitment and courage that these awards have once again highlighted.”