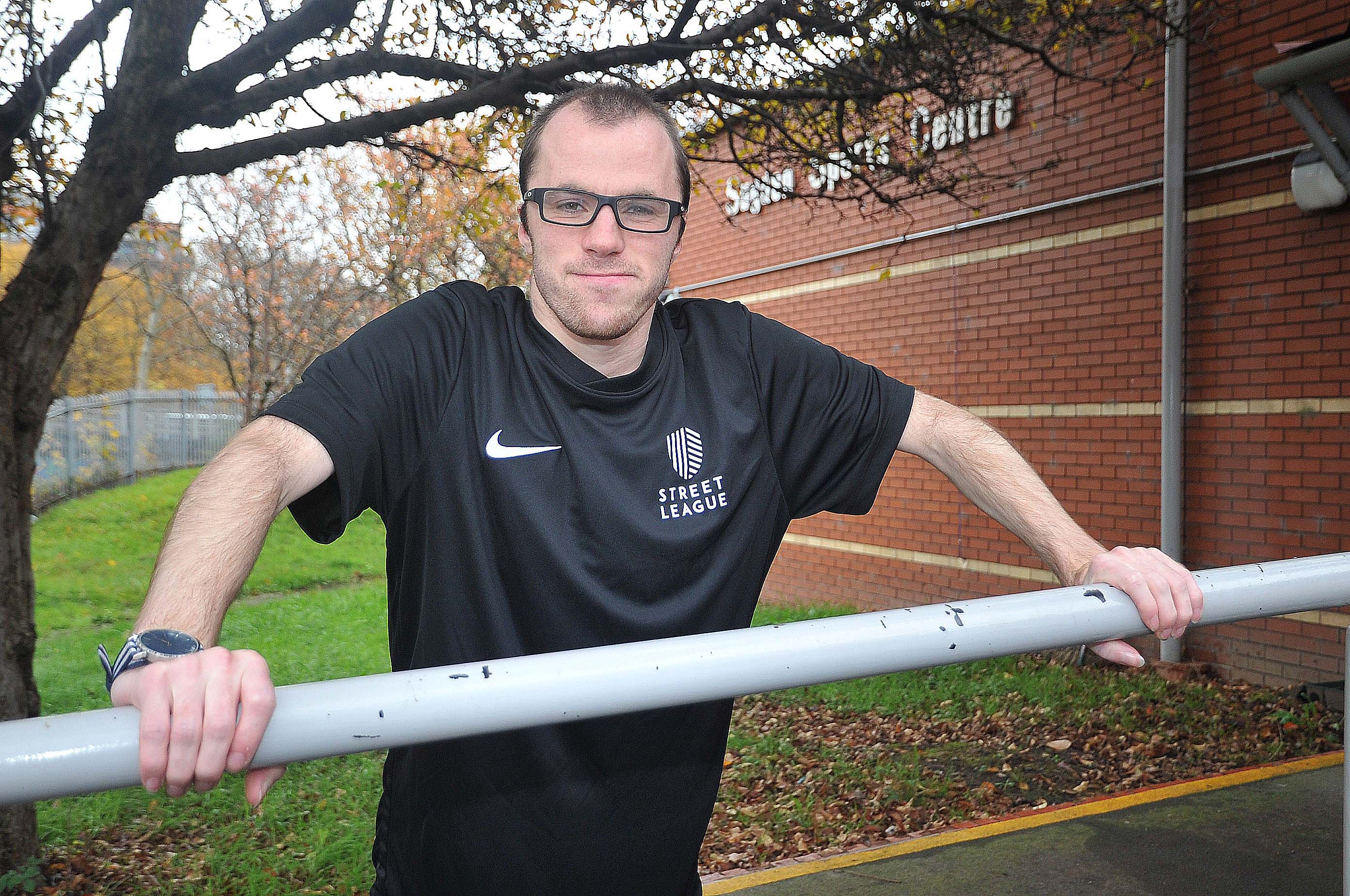 Meet Ben Sale, one of 173 young people helped by an innovative sports charity in Manchester this year. Ben, 25, was struggling to find work in Manchester where youth unemployment is at a four-year high.

But he then gained a place on a scheme run by Street League, a youth sports charity which seeks to end youth unemployment. Street League uses football and other sports to engage with young people as well as teach them the key life and work skills they need to move into sustainable employment.

Ben was referred to the charity which is helping communities thrive up and down the country, and since joining their eight-week programme, has had several work placements before finally securing a full time job last month.

“Street League changed my life,” says Ben. “I am quite a shy person, but the scheme helped grow my confidence. They gave me a feeling of self-worth. I had an idea of what I wanted to do but not how to do it. I had no idea of how to approach the interview or what to say. Street League helped with all that - how to communicate properly - and also got me out on work placements. They did so much and I am ever so grateful.”

They look to work with up to 200 a year. Lisa McCarthy, their operations manager, explained: “Our courses are for young people aged from 16 to 30. We have an outreach coordinator who gets referrals from across the Manchester area. We have people from local job centres, hostels, colleges and those referred by social workers. Most don’t have any or many qualifications and have been left behind. We identify those we feel we can best help.”

Once on the course a typical day will see the young people spend the morning undertaking ‘employability’ sessions. For example, Street League works with local businesses who come in and give advice as well as conducting mock interviews. Other sessions are used to help get them actual work placements. Then in the afternoon, they will do sport.

“The sports element is key. It builds so many social skills. It gives them a sense of belonging to be part of a team and helps them make new friends.

“We see such a massive change in the young people who join us. When they first come to us they are often lacking in social skills and confidence. By the end of the eight weeks they emerge as new people brimming with confidence.

“Some are facing mental health problems. But the sport element of our programme has been proven to help with low level mental health. Those are the stories that really stick with you. Those and the young people who have to act as carers for their parents. Seeing them get their lives together makes it all worth it.”

And they have the results to show they are working. Nearly 60 per cent of young people who have gone through their doors are now in full time work or education.

Not only that but Lisa said a new push to get more girls on the scheme was paying off.

“With us being a sports charity, we were finding that girls were engaging less. We wanted to change that and empower young women. So we employed a female coach and put on classes like Zumba and Yoga. In two years we have seen the numbers jump. We used to have only 10% of courses being taken up by young women. It has jumped to 48%.”

Street League operates in areas where up to one in five young people are unemployed, working in 14 regions across the UK with sport for employment programmes running in 38 local communities.

Their award-winning programmes have supported 5,851 young people into work since 2010.

Ben now works for toy shop Smyths in Salford. “I love my job and meeting new people every day and dealing with the customers. Without Street League don’t think I would be here.”