So proud of our Lea 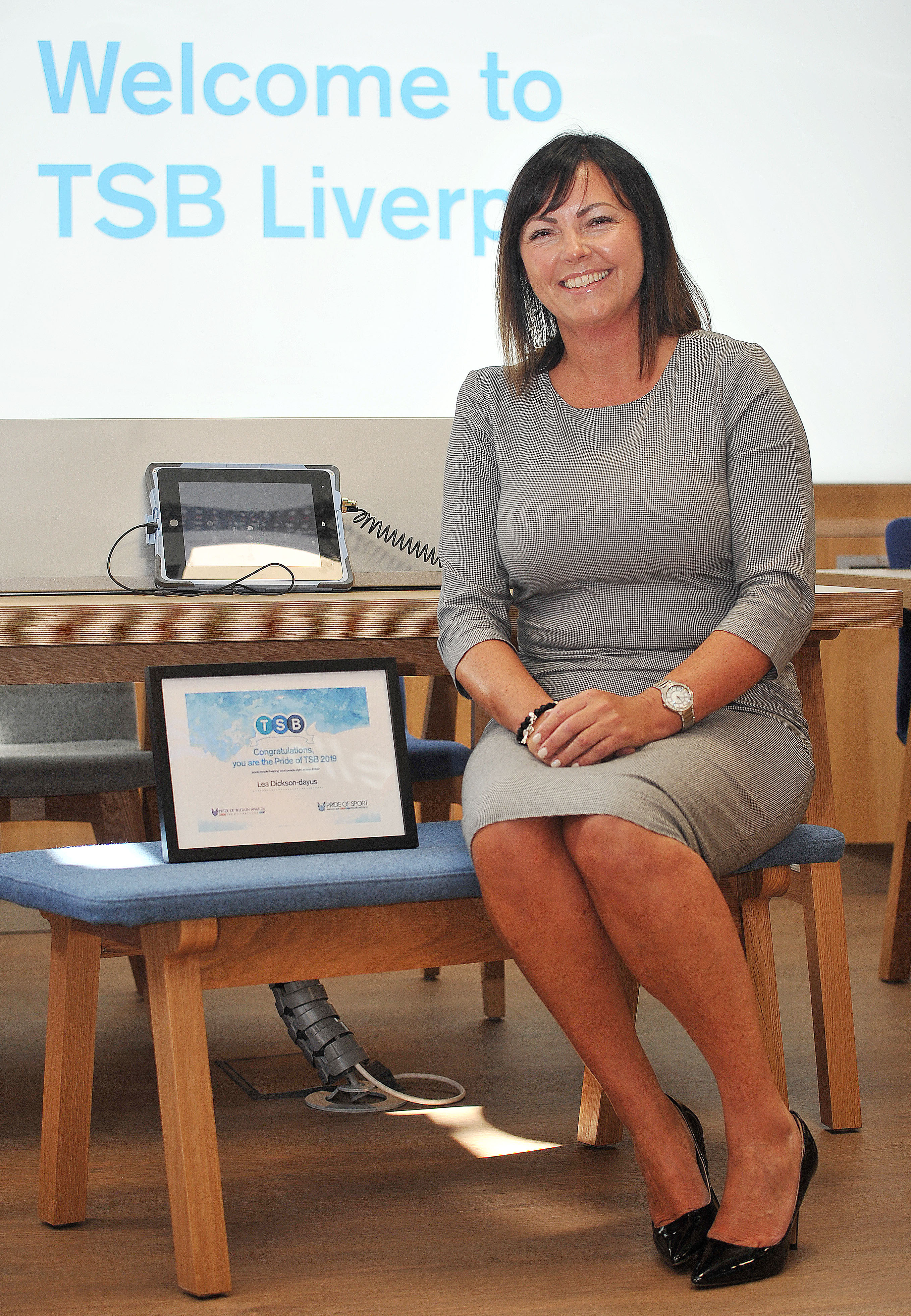 A courageous mum who became an inspirational charity campaigner after the death of her husband has won a Pride of TSB Award.

Lea Dickson-Dayus’ husband Steven was 32 when he took his own life in 2004, after battling with his mental health.

In the midst of her grief, Lea was determined to carry on for the sake of their children, Jamie, five at the time, Stevie-Lea, three, and Joel, 11 months.

She found some comfort in maintaining a routine for them, and even returned to work within days, although her supportive bosses and colleagues had told her to take time off.

She also resolved to make something positive from the tragedy by helping her community and highlighting the issue of poor mental health.

“Losing Steven left a devastating legacy for my children but had he received the right help the outcome could have been so different,” says Lea.

Her bravery and determination have seen Lea win a prestigious Pride of TSB award for being a community superhero.

Last year, Lea saw at first hand the positive impact of PAPYRUS, the national charity for the prevention of young suicide.

Her son Joel, then 15, went missing after struggling to deal with his father’s death. After the police found him, they recommended they got in touch with the PAPYRUS, which also offers a  ‘Hopeline’ service to help young people feeling suicidal.

When Lea realised how little funding they received, she was determined to do all she could to help and motivated a team of more than 60 from her team in the North West Area of TSB, to join her in climbing Snowdon to raise funds for the charity.

“It has been an incredibly tough journey for all the kids,” says Lea. “After it happened, Jamie had to help me with the babies and she was just five herself. It still affects them all today as people constantly ask about their dad and what happened.

“But I didn’t realise exactly how difficult Joel was finding it. On the anniversary of Steven’s death last year he went missing. He had gone to find his dad’s grave.  It was one of the most horrendous nights of my life, together with the night we lost his dad.

“Like many other young men, Joel struggled to talk about his feelings. I thought I had lost him too. The pain was unbearable. Every hour of that night felt like a lifetime. I eventually got my boy back but it made me even more determined to give back and stop the stigma that surrounds suicide.”

Lea successfully climbed Mount Snowdon in June with partners from TSB. Together they raised a total of £8,000 including £3,200 for PAPYRUS.

“Anyone who knows me knows I don’t walk anywhere. High heels don’t allow for much trekking. I hadn’t exercised in over 17 years and it was tough both physically and mentally. But having the support of friends, family and my TSB ‘family’ made a world of difference. And that sense of giving back is so important to me.

“So I was determined to do it and took Joel with me too. It was important that he saw that he wasn’t alone, and that people cared and that we were doing this as a community. When we reached the summit we just hugged each other and cried our eyes out.

“As well has fundraising for such a great cause, it costs them so much money just to keep their phone lines manned and open,  I feel it is vital that we talk about mental health and suicide, particularly amongst young people. There is still this terrible stigma around it, people think it is a selfish act and they feel awkward talking about it. In my own way, I want to try and change that and get the conversation going and hopefully save lives.”

So what is next for the incredible Lea, who has recently been promoted to flagship bank manager for TSB at their Liverpool city centre offices. “This is an ongoing campaign, and I’ll carry on doing my best to promote the need for good mental health. My partners are now urging me to take on Ben Nevis, so let’s see.”