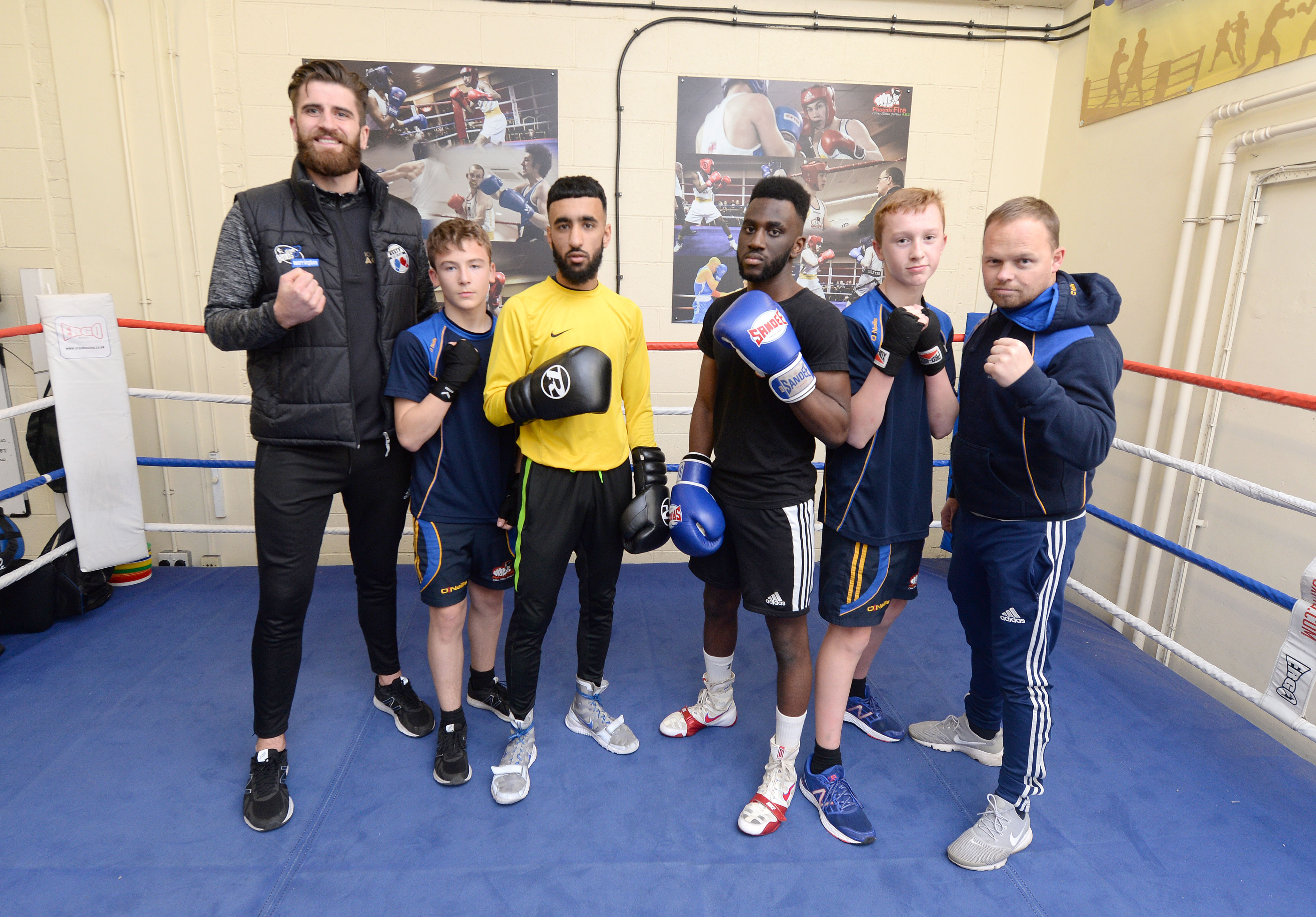 Inclusive boxing club that keeps kids out of trouble.

It’s the boxing club that offers something for everyone, whether that’s getting fit, competition or just making new friends. And everyone is welcome, at the Phoenix Fire Amateur Boxing Club in Warrington. The inclusive community club is run by the inspirational Damian Ridpath who wanted to give back after recovering from a devastating injury.

He was a promising 17-year-old boxer when he was involved in a near fatal car crash that broke his neck and left him in a coma for two days. But despite doctors warning his family that he would be in hospital for three months, Damian discharged himself from the hospital after just 11 days.

This is the kind of drive that saw Damian not only completely recover from his injuries but go on to open the club the following year at the age of just 18. “The doctors told me that my spinal cord didn’t snap because I was so physically fit,” recalls Damian. “So boxing saved my life. I decided there and then that if I could not continue in the sport then I would teach it.”

Damian, now 45, has had national finalists in each of the past 12 years and currently has three youngsters on England Boxing’s talent programme. But producing champions is only a small part of the Phoenix ethos.

The club is open seven days a week. Damien runs it with the help of 12 volunteers and is supported by Cheshire Fire and Rescue Service. Thanks to them not charging him rent he can keep fees low and it only costs £1.50 to train.

“The whole vision from day one was not about how many national champions we could turn out, but how many kids we could look after and make sure they went on with a better way of life.

“Boxing kept me out of trouble, away from drugs, away from alcohol, and gave me a vision. I also wanted the club to be inclusive so everyone could join it. The youngest member is five and the eldest 86.

“Some members have a disability like Autism, Aspergers, or are wheelchair users. We don’t see the disability. We just see the person. Everyone trains alongside each other. If things need to be adapted they will be.”

Also using the space for circuit training and exercise are a group of nearly 30 men known as “Older Guys Rule”. You have to be 50 years old to join and many have medical issues. “A couple of the guys have had strokes, one has beaten cancer,” says Damian. “They meet twice a week at lunch time and for them it’s about creating a social network especially as some have lost partners. They are very tight bunch and go for curry nights and everything.”

Damian has run the club all these years alongside his day job developing strategies and structures for young people to flourish in.

“The best thing about the club is that it is like a family. We have a lot of the young people who might not have had the best start in life. For me it is all about keeping people out the criminal justice system, out of NHS waiting rooms and keeping kids in school and off drugs and alcohol.”

Best friends Bayode Oluleye, 20, and Imad Naseeb, 20, both started boxing at the club aged 15 and have gone on to win several national titles.

“I was fighting a lot at school,” says Bayode. “It was an ego thing because I was small and I wanted to prove a point. My form tutor told me that if I wanted to fight I should go to the club and fight it out in a proper ring.”

Meanwhile, Imad, who just started a new job at United Utilities, but plans to keep boxing, said: “The club has been the making of me. It gave me structure and discipline and my mum could not be prouder. I also gained another family – my boxing family.”

Bayode, who is studying digital marketing at Edge Hill University in Ormskirk, was able to train but not compete even at amateur level until he was 16 as he has diabetes. But after that he was on a roll and won his first 8 fights. “I only eventually lost to a Spanish champion. I didn’t mind, because he had gone 100 fights undefeated.”

The results of the club’s approach are measured by more than championship belts. “In the five years since the club has been in its present venue, the crime rate and the anti-social behaviour rate in the immediate area around the gym has been reduced by 40%,” revealed Damian. “There has also been a 65% reduction in fire call outs for nuisance and incidental fires.”

The positive effects are felt in the wider area too. Damian says: “We have a programme where we go into schools and we talk to them about nutrition, healthy living, keeping away from drugs, keeping away from knife crime, we’ve been very successful.”

And according to the charity Sported’s impact measurement tool, Sportworks, Phoenix’s value to the community is around £4 million a year, based on savings to the local authority as a result of improvements in young people's health and educational attainment, and a reduction in crime and substance misuse.