How a smile came to help 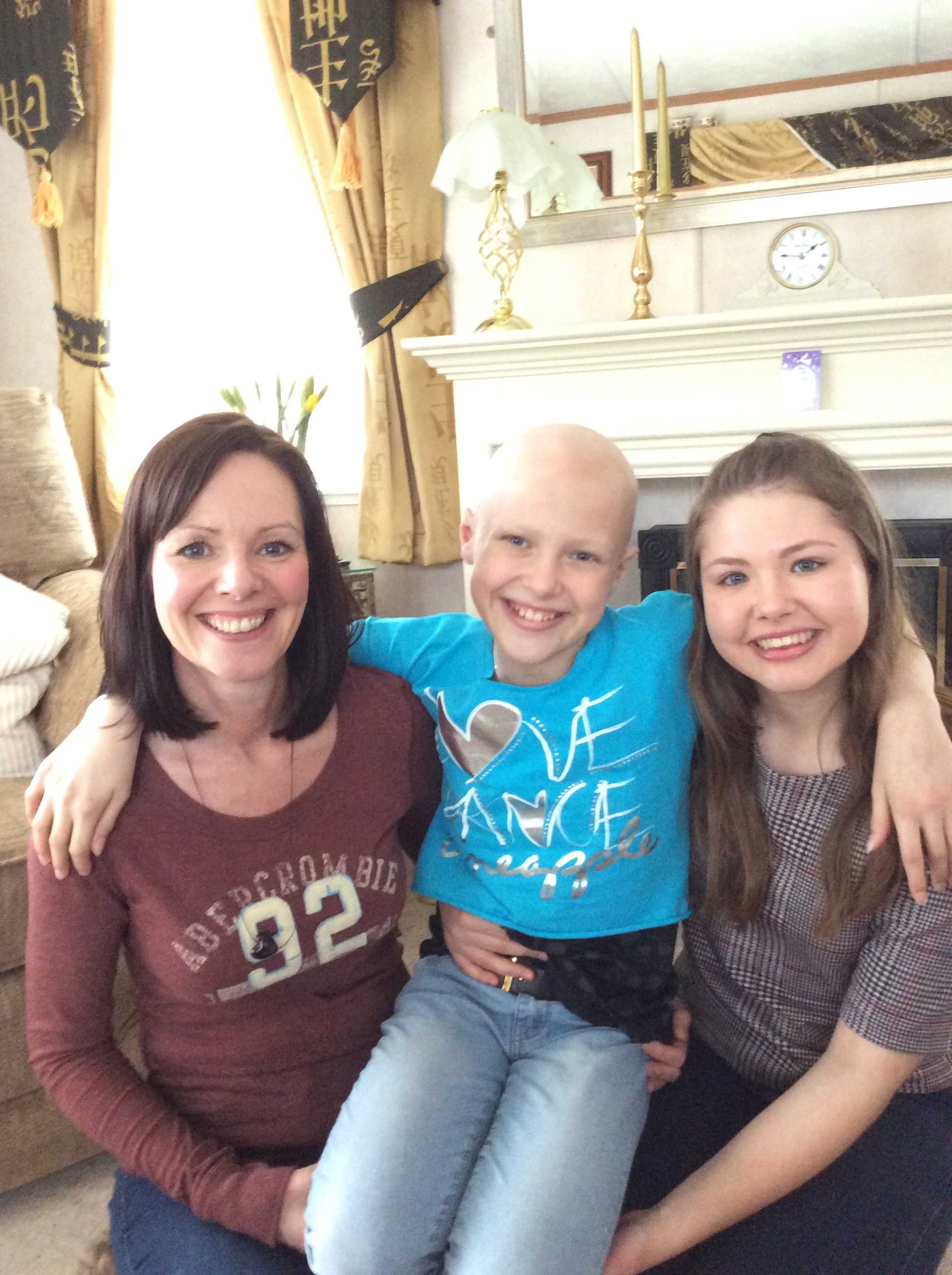 Beautiful Milly - the inspiration behind charity helping children with cancer.

Lorraine Hargreaves knows first hand how something small can make such a huge difference to families that have just been given the most devastating news. It was her own experience that led her to help those who found themselves in similar circumstances.

Lorraine, 49, was devastated when her youngest daughter Milly was diagnosed with acute myeloid leukaemia, just a week after her 11th birthday, in November 2014.

“Nothing can prepare you for that news,” says Lorraine. “Your whole world is turned upside down.” Before this, Milly was a normal little girl who loved swimming and dancing.

Milly began months of gruelling chemotherapy, and also had a bone marrow transplant.

“She was so brave,” says Lorraine. “We’d been diagnosed at our local hospital, The Royal Blackburn Hospital, but were quickly transferred to Ward 84 at Royal Manchester Children’s Hospital. Everything is such a whirlwind, you turn up there with nothing.”

But knowing how much home comforts meant to Milly, Lorraine, who has another daughter, Hannah, 18, brought in her own pillow and blanket from home, a week after being admitted.

“Milly fought so hard, she always had a smile for everyone on the ward,” remembers Lorraine. But when it became clear that despite a courageous battle, Milly wouldn’t survive her cancer, Lorraine kept thinking of ways that she could help others who found themselves in the same tragic situation.

Milly passed away in September 2015, and despite her grief, Lorraine was determined to think of a way to honour her daughter’s memory and help others. “I knew straight away what was needed. Children aren’t used to clinical white bedding, and parents spend the next few weeks on a ward with nothing but the clothes they arrive in. It was a gap that could be filled, that would make a massive difference and I wasn’t stepping on another charity’s toes” says Lorraine.

She kept thinking about those first few days after Milly’s diagnosis, and that’s when she realised just how she could help.

“I set up Milly’s Smiles shortly after she died, and it became a registered charity in March 2016,” she says. “I wanted to do something to help families in those first terrible days. So I came up with the idea of providing a welcome bag for each newly diagnosed family admitted onto Ward 84.”

After starting fundraising, she was able to provide a sky-blue holdall with the Milly’s Smiles logo on, each containing items such as a rainbow blanket, a towel, a thermometer and toiletries amongst other items.

“The blanket helps to make things less clinical, and the towel is new, so makes things just a little more comforting,” explains Lorraine, a district nurse. “We also provide a neck pillow for the parents who spend hours sitting in a chair beside their child, and a thermal cup with a lid. I know that when you want a tea to take onto the ward, it has to have a lid. It’s these little things that make such a difference.”

Since starting Milly’s Smiles, Lorraine has raised approximately £70,000. Milly’s Smiles has also been chosen as a TSB Local Charity Partner by the bank’s branches in Bastwell, Blackburn, Rawtenstall, Haslingden, Nelson and Todmorden.

“For such a company to support us is amazing,” says Lorraine. “Their support is invaluable.”

To date, Milly’s Smiles has provided 303 welcome bags, “These all went to Ward 84, and we recently started to donate bags to Alder Hey Hospital,” she says. “Each bag costs £135, so we’re constantly fundraising. I’ve done a skydive, people have run marathons for us and people who’ve received a bag have also fundraised for us, saying it was invaluable to receive one. We deliver the bags to the hospital, and the nurses then hand them out to new families. They’ve told me it makes a difficult time just a little bit easier too.”

Lorraine hopes that one day, Milly’s Smiles will be beaming brightly all over the country. “I know Milly would be very proud of me,” says Lorraine. “But setting up this charity allowed me to channel my grief into something positive. Without doubt, Milly’s Smiles saved me.”