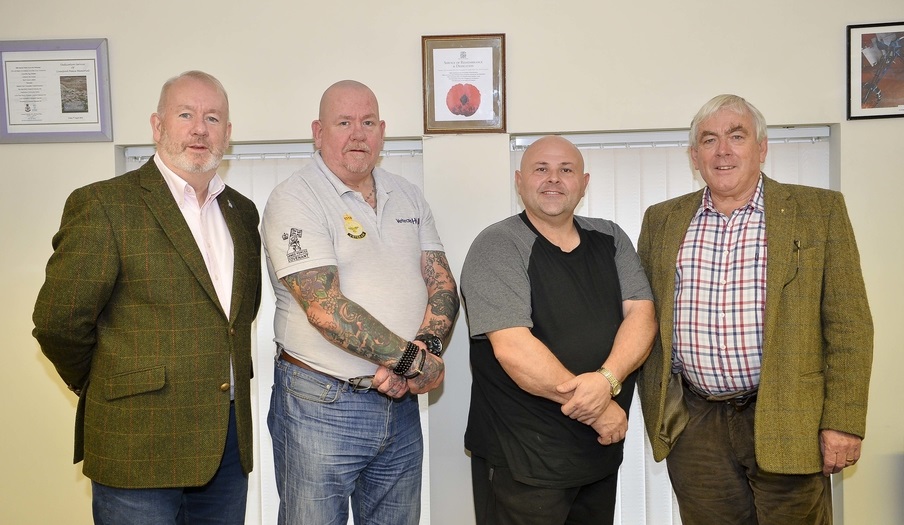 Liverpool Veterans HQ can rightly claim to be unique. The charity is a one-stop shop providing a literal A to Z of services to help ex-servicemen and women transition to life outside of the military.

Their shop, which opened on Breck Road in Everton in 2012, offers CV support and work clubs, free gym and fitness sessions, benefit and housing support and confidential referrals to mental health support programmes.

They also put on social events, drop-in cafes and volunteer programmes to help find friends and combat loneliness among former servicemen and women. Their Aged Veterans Service for people over 67 helps with home visits, housing support and befriending.

Working in prisons across the North West, Andy Cooke is just one of their staff making a difference to his local community. He focuses his time on military veterans who have found themselves on the wrong side of the law.

He helps them transition back into mainstream life, and there is a reason his message resonates with them - he knows exactly how they are feeling.

Andy goes into prisons as part of his role with the charity Liverpool Veterans HQ. But he was also the inspiration for their founding. Eight years ago he walked into a community centre and told his mentor that for breakfast he had eaten a bowl of cereal with whisky instead of milk.

For the veteran, who had spent 24 years in the Royal Navy, it was his rock bottom.

That mentor was Bob Blanchard, now chairman and senior case worker of Liverpool Veterans HQ. He is just one of team of “Buddies” helping others turn their life around.

They do so much that they have outgrown their small shop. But exciting plans are already in place for moving.

By 2020 they should be in new accommodation as the former Everton Road Barracks will be transformed into a flagship facility for armed forces veterans.

“We have formed a partnership with the Sovini Housing group and are looking to open a Centre of Excellence for local veterans by 2020, “ explains trustee Stuart Fitzgerald.

The complex is expected to include around 50 new homes – a combination of apartments and houses – together with the Centre of Excellence, including a gym and rehabilitation facilities.

“We all need support to some degree, and Veterans HQ and all the activities they offer give us that support. I always walk away with a feeling of relief… until next time!” confirms Ted Donnelly, a former member who now volunteers his own time to mentor as a “Buddy”.