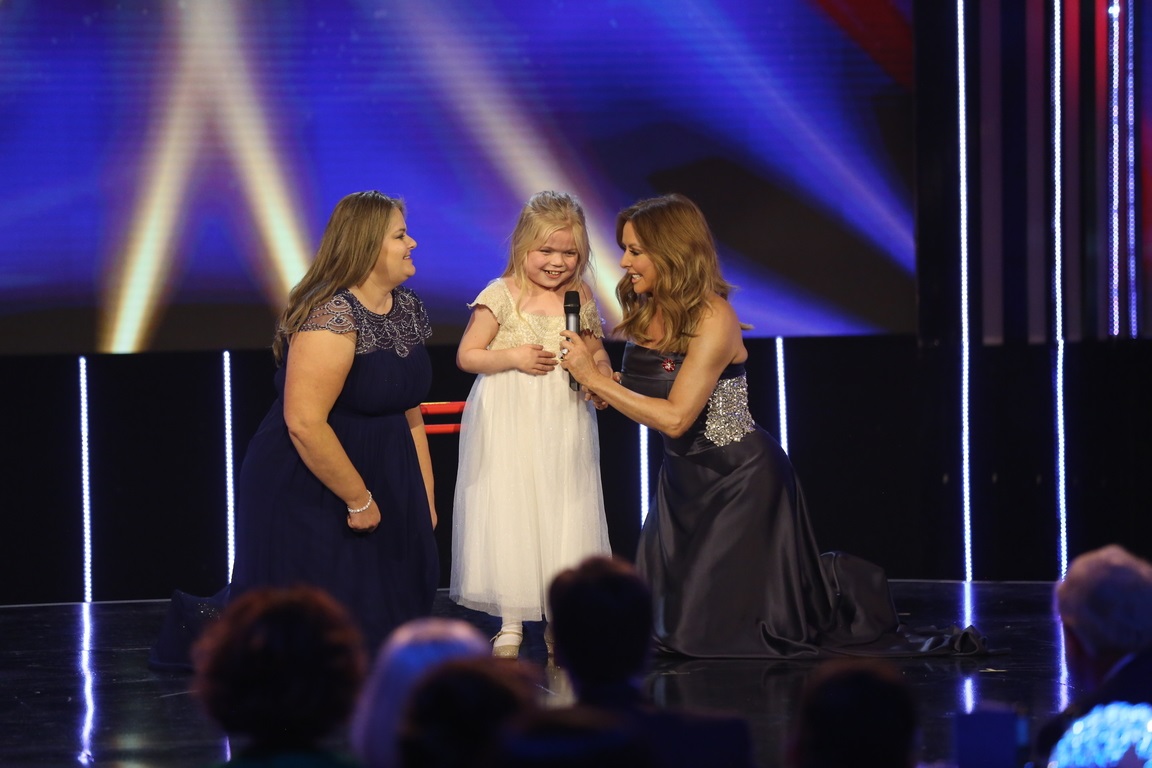 Inspiring 11-year-old with rare kidney condition has raised more than £5000 for the hospital that has cared for her since she was a baby.

It’s her smile and her energy that knock you down before you’ve even met her, which is all the more surprising considering her daily medical struggles. Ella Chadwick, an 11-year-old from Rochdale, Greater Manchester, has raised an incredible amount of money for the Royal Manchester Children’s Hospital and cheers up other sick children – despite suffering from an extremely painful kidney condition.

Ella won the Child of Courage award at the Pride of Britain Awards, in partnership with TSB, for her amazing contribution to her community and her inspiring, can-do attitude to life.

Just like other girls her age, Ella loves the movie ‘Frozen’, sparkles and flossing. But unlike others, Ella was born with congenital nephrotic syndrome, a rare condition that leads to kidney failure. It has meant that she has spent six years on dialysis and had to endure 40 operations, including a gruelling liver transplant from her grandma.

Having been cared for by the doctors and nurses of the Royal Manchester Children’s Hospital since she was a baby, she was determined to do something to thank them.

The gutsy 11-year-old set about raising money for the hospital, making more than 250 brightly coloured get-well cards with the hand-written message: “Hope I made you smile. Love, Ella”. In doing so, she touched the lives of hundreds of ill children, helping them through difficult moments in their lives.

Even more courageously, she celebrated her 10th birthday and a decade of being a patient by setting herself a seemingly impossible goal. Inspired by her mum Karen, who completed the Great Manchester Run in May 2017, she challenged herself to run 10km of races in a year.

Her mum says: “Ella would need a walking frame to get around, but she was adamant she’d do it.”

Ella, who is dependent on a walker and wheelchair, took part in races up and down the country and heroically met her target this summer when she crossed the line of the Mini Great Manchester Run. She has raised more than £5000 for the hospital.

In spite of her own medical issues, Ella lights up the lives of many with her sparkling personality, inspiring others and allowing the hospital community to thrive.