CP United has changed my life 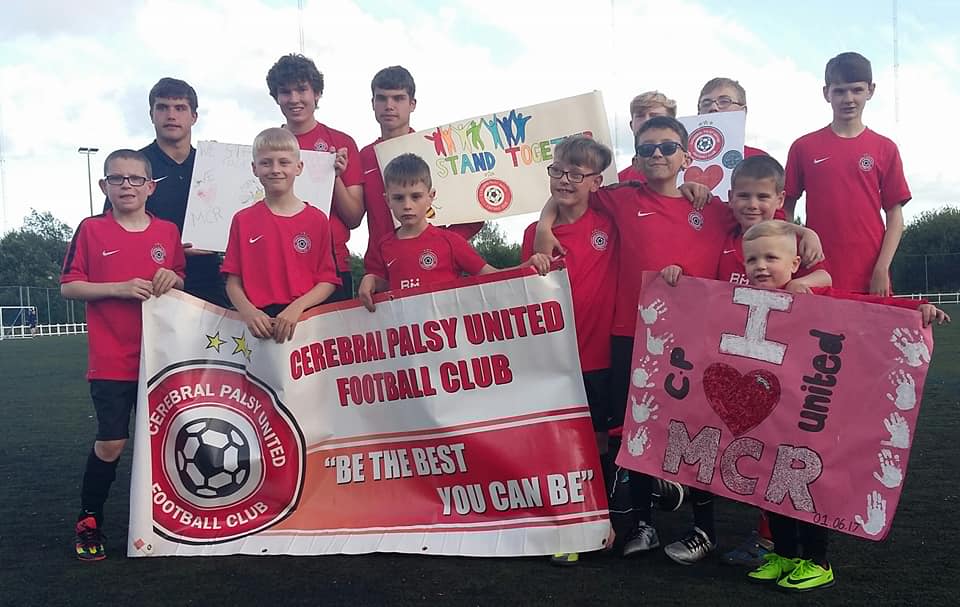 Teenager Ben on the amazing impact of football club set up for young people with cerebral palsy.

Young footballer Ben is in no doubt about the benefits of playing for CP United.He said: “CP United has changed my life. Before playing here I didn’t really have any goals or much self-esteem, mainly due to my CP.

“Now I have opportunities in football and other sports because I have improved so much physically and mentally. I have made friends for life here and the support we get both on and off the pitch is amazing.”

The 18-year-old is one of 128 players at CP United in Manchester. It is a football club with a difference – CP stands for Cerebral Palsy, and the club offers football and professional training to anyone with the motor disability, whatever their age.

Coach Michelle Wilcock said: “For children and young people with cerebral palsy the club is a lifeline, helping them improve their co-ordination, movement and social skills, and they make friends.”

Michelle, 38, previously worked on an FA programme for young footballers with cerebral palsy, before helping to set up CP United.

The club offers children with cerebral palsy a dedicated programme tailored to their needs. Today, they have 128 registered members, and operate 10 different programmes, from a foundation squad for children as young as three to an adult team competing in the FA National Cerebral Palsy Football League.

They have also established groups in Liverpool, Cheshire and Blackpool.Michelle added: “Early on I saw how football can help people with cerebral palsy, and I wanted to make sure everyone had the opportunity to play and benefit.”

When people help people, it’s a good thing for all of us, and Michelle said that since joining the club, which is now affiliated to the Manchester FA, many of the players have seen marked improvements, in their football skills as well as many other areas of their lives.

She said: “We use professional football coaches, and have seen many people develop technically and tactically in their understanding of the game. But it is much more than just football. As a direct result of their football, they build resilience, and learn how to make good decisions.

“Socially it’s massive. They have a sense of belonging, when they are here they don’t feel different because everyone else is the same as them. When they’re at school often they are the only ones with the condition.

“And we’ve had great feedback from the children’s physiotherapists, who say that the football has helped them recover after operations.”

Michelle and the team also support players’ families, providing a space for them to socialise and chat while their children are training.

Michelle, who now hopes to roll out more of the schemes across the North West, said: “It’s all about showing that people with cerebral palsy don’t have to be held back by their disability, and can achieve their potential.”