The pirate ship built by a community 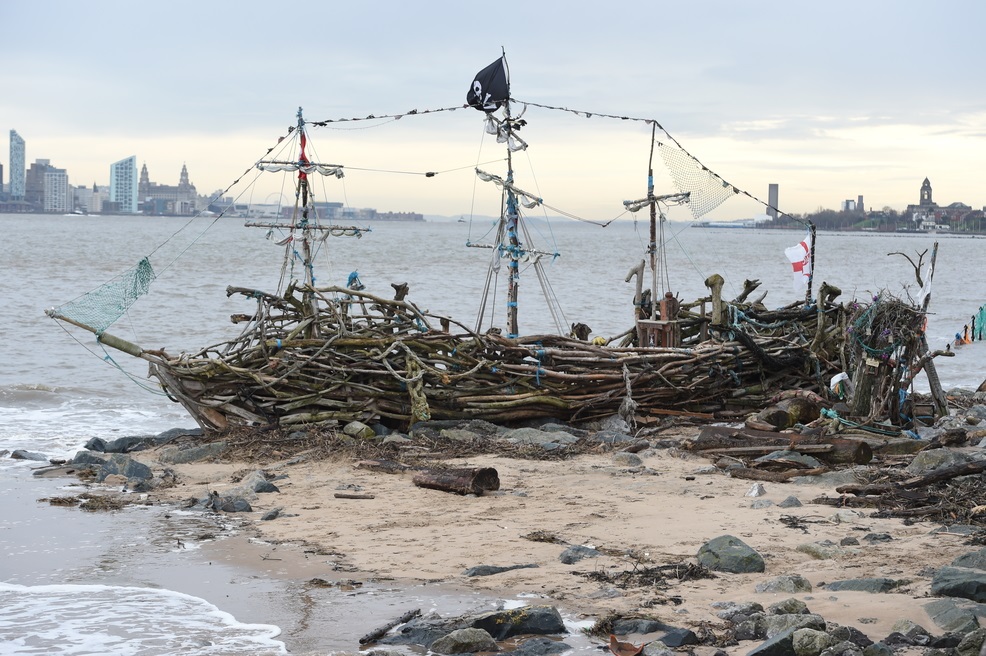 The Black Pearl is a landmark for locals to be proud of.

It stands proudly on the shore, a wonderful example of what can happen when a community comes together.

The Black Pearl public art installation, on the beach in New Brighton, Wallasey, is a replica of a three-masted pirate man-of-war, almost entirely constructed from salvaged materials and driftwood found on the beach.

It serves as a children's play structure, but also as a mock up vessel for RNLI exercises and for local schools visits to learn about history. It has become a hugely popular attraction.

But it has faced choppy waters, from storms to arson attacks over the years.

It has been washed away during raging storms at least twice and was once even burned down to the ground.

But The Black Pearl keeps rising from the ashes due to a united effort from the local community. The Black Pearl – named after the ship in the Pirates of the Caribbean films and built by locals Frank Lund and Major Mace – has become a local landmark, and over 13,000 people have liked a Facebook page set up in its honour.

It had to be rebuilt after vandals set fire to it in May 2013 and bad weather has meant it has had to be continuously maintained, repainted and reconstructed by its creators and local volunteers.

Sue Mace, husband of Major Mace, and one of the band of volunteer “pirates” who help look after the iconic structure said the community was very protective of the ship which receives thousands of visitors every year.

She said: “We pirates are all very proud of our New Brighton and Merseyside community who have taken the Pearl under their wing in protection and all our willing volunteers. The focus has always been building memories for children but it has also proved useful for others including the RNLI, who use it for training exercises occasionally.

“The community here is fabulous. We built it but slowly the community and far beyond have become part of its story. We are amazed how well known it has become. If anything needs doing all we have to do is put it out there and people come and help, and that is what it’s all about. People coming together.”