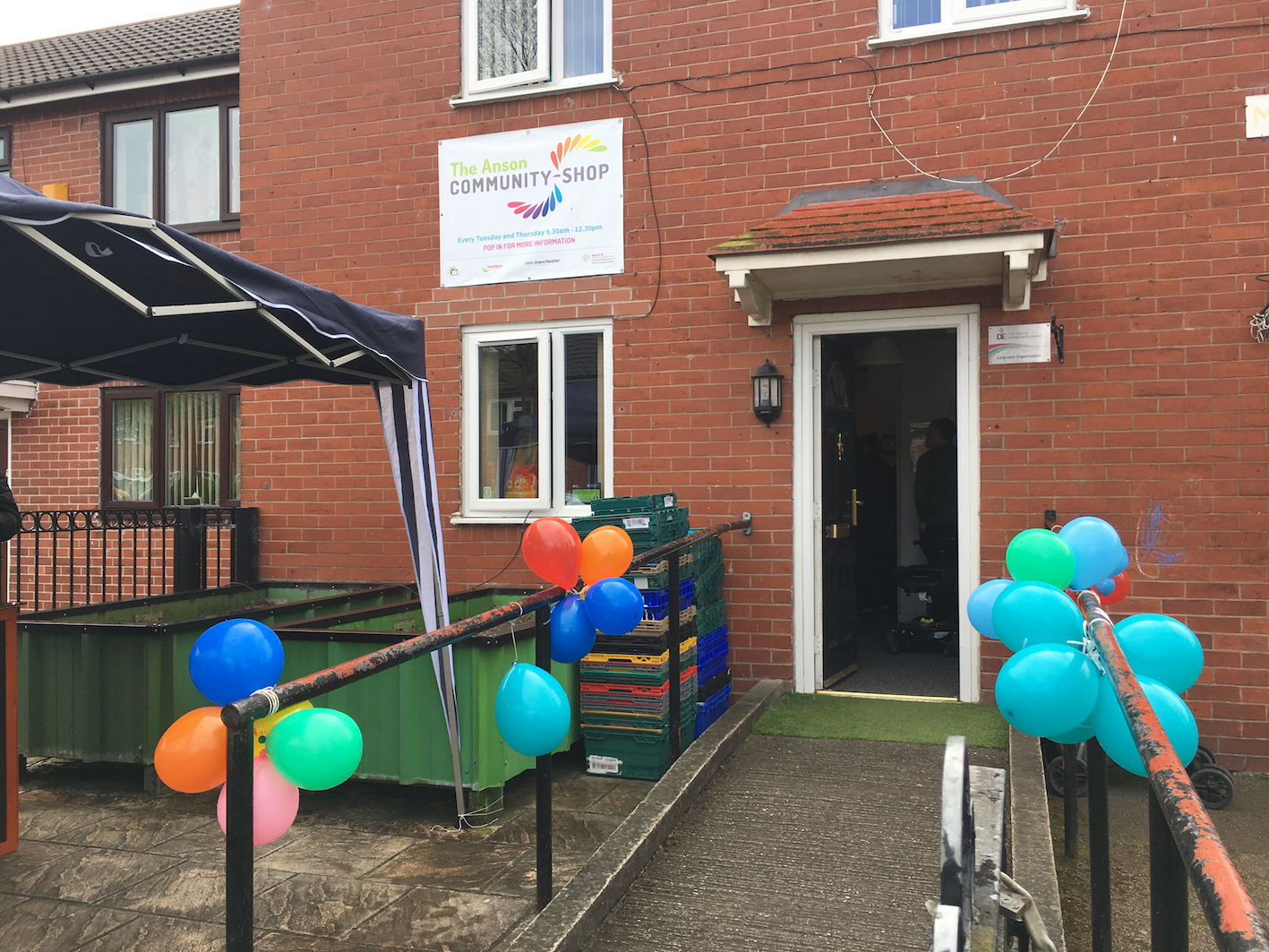 Food-sharing scheme for those on low incomes.

A community in Manchester has found a unique way to tackle food poverty and also bring the community together again. The Anson Community Shop was launched in April 2016, and is a community food-sharing membership scheme. It gives people the opportunity to buy food, toiletries, and household essentials, at a hugely discounted price.

“It’s run by members of the community,’” said Laura Lewis, PR manager for the charity One Manchester, which provided the funding to launch the shop. “The number of people accessing foodbanks has risen significantly and foodbanks were set up as an answer to crisis situations, but there’s nothing to support those on low incomes on a more regular basis, not until the Community Grocers Scheme.

“This is run with the support of Healthy Me Healthy Communities and One Manchester, and is a redistribution scheme for surplus food and household items, that would otherwise go to waste. It’s made significant strides towards tackling poverty, food waste and strengthening communities.”

The Anson Community Shop was the brainchild of members of the local community, and they received a £5,000 grant from One Manchester.

Members make a payment of £2.50, and unlike foodbanks, they don’t have to meet any criteria other than living within 15 minutes of the shop. They receive £12 worth of food in return and the shop feels and looks like a traditional store. The scheme is a great example of people helping people.

“After just six months, 88% of members rated their health as good or better and an incredible 96% of people said that they knew more people from attending the project,” says Laura. Now the scheme has 250 members, with 76% of households having long-term health conditions and 45% facing mental health problems.

“A lot of these people were extremely hard to reach and socially isolated for a long time,” says Laura. Most of the members say they now eat more fruit and vegetables, and it’s estimated the 250 members are saving around £2,500 a week.

There are now 40 trained and supported volunteers giving over 100 hours a week, and members can also gain access to other things, such as debt advice, accredited training, health workshops and stop smoking services.

One member said: “Coming to the shop has made such a difference to my life. I spoke to a debt advisor who was working from the shop and managed to get me out of a really dark place. I then became a volunteer at the shop and hope I can help more people to be as happy as I am now.”

The initiative also stops 450kg of produce going to landfill each week.

“The local people come to the shop, but they leave with new friends,” smiles Laura.