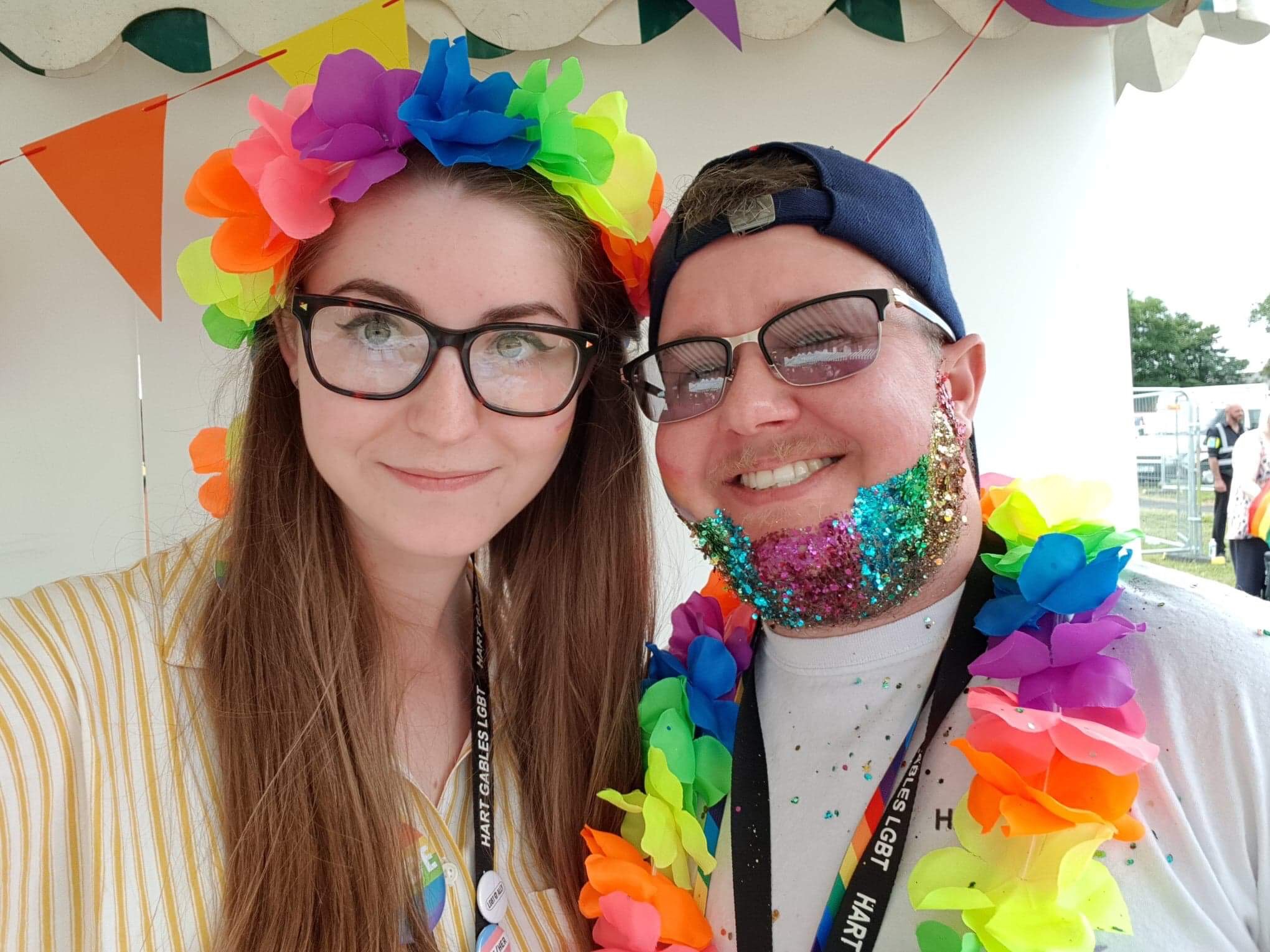 Charity is helping trans and nonbinary people across Teeside for more than a decade.

That ethos of respect is at the centre of everything they do at charity Hart Gables. It is dedicated to supporting all those who identify as lesbian, gay, bisexual and/or trans in the North East. They help them cope with everything from coming out to their families, to dealing with online trolls.

For transgender people in particular, their TransKIND project has been a real life-line.

The charity is helping trans and nonbinary people across Teeside for more than a decade. It is the longest-surviving and largest project of its kind in the region and provides specialist support for those struggling with obstacles involved in gender transition.

“Trans people get a lot of stick and social media has a lot to do with it,” says Kay Attle, the charity’s LGBT Tees Valley Forum coordinator.

“I am working with a 27-year-old who is transitioning from male to female and she almost got to the stage where she did not want to go through with the medical transition because of the backlash she was facing online.

“She came to us at the age of 25 when she had already tried to commit suicide once. So it can sometimes be one step forwards, one step back. I tried to tell her to stay away from it but it can be all pervasive.

“Trans and non-binary people are first and foremost people, and deserve the same respect as everyone else.”

Kay, who has a background in counselling, is often moved by the stories and bravery of those she meets. “I work with one 14-year-old who wants to transition from female to male. Her parents are not accepting. But she has known for a long time and even clearly remembers being three years old and in hospital with a broken arm when the issue of her gender came up. She tried to tell the doctors she was actually a boy.”

TransKIND runs a group for those aged over 18 as well as two youth groups. Their adult group, T-Time, is held on Thursday evenings in Hartlepool and is run by Jack Cummings and Andy Towers, both qualified trans-identifying workers.

They offer one-to-one support, group support, Information on transition pathways, support in addressing transphobia as well as tea, coffee and a sympathetic ear. They also partake in activities such as private swimming sessions. Sometimes the group session can be the only time in the week members get to socialise with like-minded friends.

Kay explains: “Transition can be a difficult and distressing time, with many social, mental and physical challenges. Our staff members know this from first-hand experience, and how important it can be to talk to someone who’s been through the same thing.

“The group is trans-focused but not exclusive. We fought long and hard to include the ‘T’ in LGBT so we didn’t want to be seen as excluding anyone.”

TransKIND also work with up to 80 young people a year aged between 13 and 19 with different needs. They go into schools, address trans-bullying issues and give LGBT awareness assemblies where they explain that some people identify with different sexualities.

Kay says: “Puberty can be difficult for all young people. And then the change to secondary school brings a whole other set of challenges. The fear of coming out can be huge and so many young people face bullying.

“Nearly all the young people I meet knew from a young age that something was not right. It goes way back. The youngest person we currently work with is just five.”

As her colleague Jack sums up: “There are seven billion people on this planet and they all express their gender identity differently. It’s our job to help them get it right.”