Kicking off for the Girls 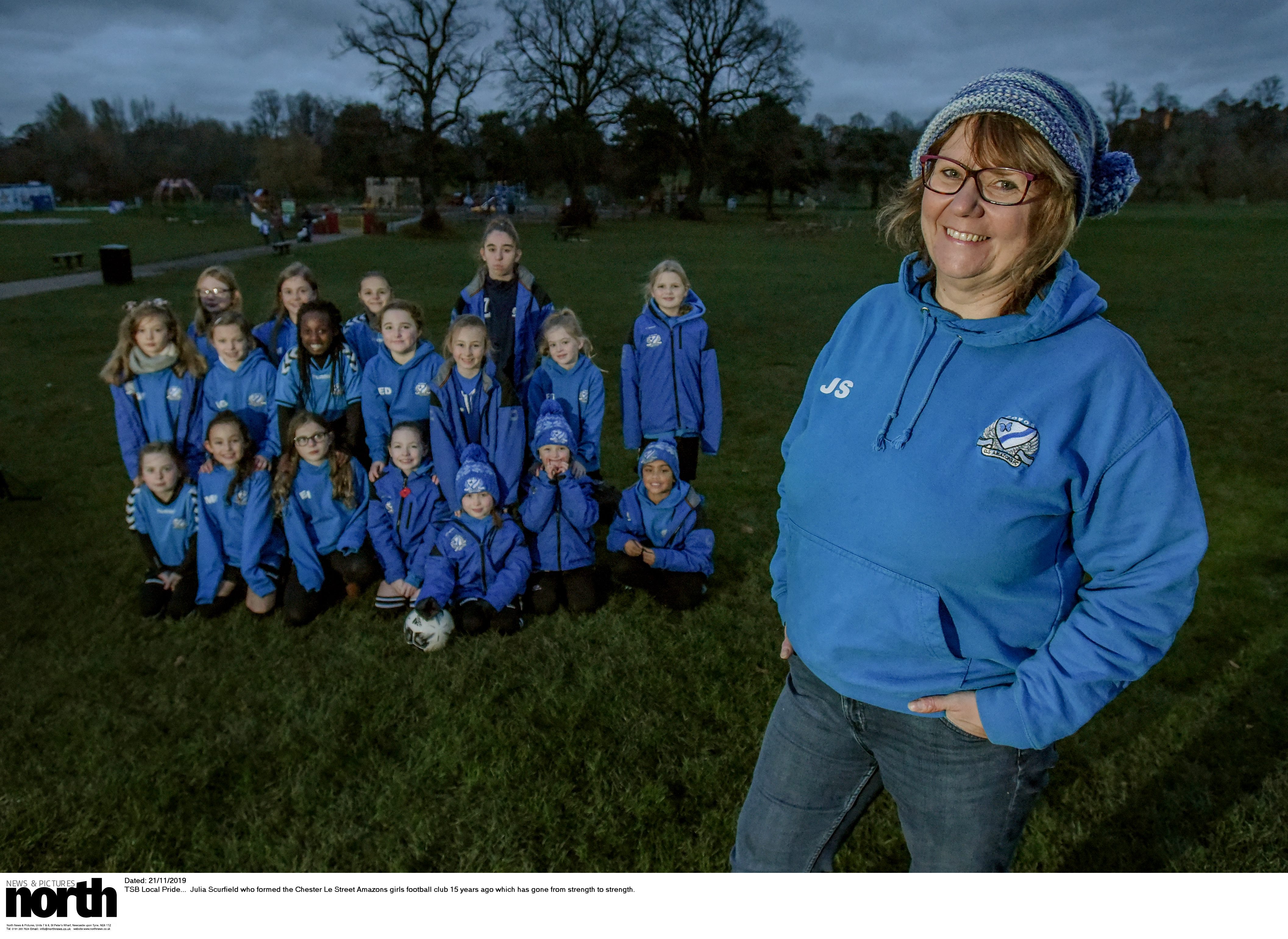 Sometimes it takes just one determined person to make a difference. Meet Julie Scurfield who single-handedly changed the landscape of girl’s football in the North East.

Grassroots women's football is booming today, but it wasn’t always the case. Fourteen years ago Julie was standing on a cold football pitch and noticed only a sea of boys playing alongside her young sons in Chester-Le-Street. “Where are all the girls?” she wondered out loud.

It quickly became apparent that there were very few opportunities for girls.

It was to be a lightbulb moment for Julie, 55, who despite having no experience (and no daughters) decided she wanted to shake things up.

She embarked on her Level One FA coaching qualification and formed the Amazons Football Club for girls. “My sons got so much enjoyment out of playing I just felt it was a huge injustice that there were not similar opportunities for girls in my area. I wanted to buck the trend, and be a part of turning things around.”

She sent a letter into St. Cuthberts RC Primary School in Chester-le-Street inviting girls who were interested to come and meet her on the school field. Nine girls aged between eight and nine showed up. They lost 20-0 in their first game, failed to score a goal for three seasons, and it took four seasons to finally win.

“We were like a rag-tag dad’s army of football at first. I had no clue what I was doing. We played other girls teams from around the region but they had players picked by ability whereas I had purposely set out our club to be inclusive to all.

“It was a bit of a David and Goliath situation when we went out on the pitch. But the other teams loved our spirit. If we got a defeat that was in single digits we would jump up and down and celebrate like we had won the FA Cup!

“There is something about triumph over adversity and for us it wasn’t about winning, it was about girls making progress. And for me there was something even more at play - I wanted to build resilience into those girls.”

Today, the club is one of the largest girls and women’s football clubs in the region. There are 12 teams, including two adult ones and around 180 children members. Three of the original nine-year -olds players play for the women’s team including their captain Beth Ward, 25.

Julie admits she was a “dreadful coach” in the early days. “I used to feel so sorry for the girls, and I could see the dads at the touchline struggling not to step in. After a couple of years I asked for help and a couple of the dads stepped in to coach. And eventually we started to score goals and win games!”

Today the club runs like a family. The father of captain Beth, is actually the Amazon’s head coach while Julie’s son Billy, 25, has also coached the youngsters.

“I never imagined the club would grow like this. We have the ‘Minizons’ for 4-year-olds to come and train up right up to our elite women’s club. But it’s more than just about football, we are all about the community. We have parents, sisters, brothers, aunts and uncles and grandparents all involved.” But she has one confession, “Don’t tell anyone but to this day, I still can’t explain the offside rule.”