Daisy Chain is our second home 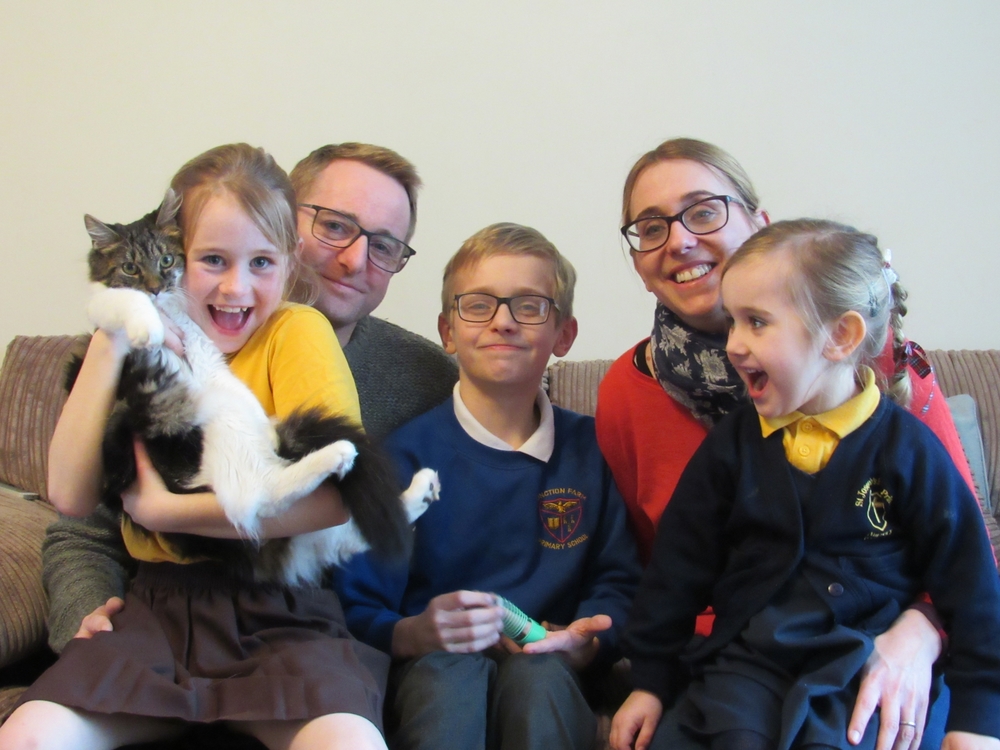 Charity offers children and their families affected by autism a safe space and so much more.

Kate and Craig Alewood were devastated when their son George, nine, was diagnosed with autism just before he was three years old. But their life changed when they discovered the Daisy Chain Project, an autism charity in Stockton-on-Tees that offers a safe space for children with the condition and their families to relax.

The Alewood’s and their other children Ellie, eight, and Maggie, three, regularly attend the centre and call it their second home. Kate says: “We never really knew where to go as a family, we always felt on edge. George makes noises and flaps and people stare. We live close to Daisy Chain so we were lucky we already knew where to go when George was diagnosed. I just drove straight there, went in and said, ‘I hear you can help me’.

“We feel at home at Daisy Chain, I don’t know what we would do without it,” she admits.

The charity was founded in 2003 by Lesley Hanson. After her son Jacob was diagnosed with autism, Lesley dreamed of a haven for children with the condition, somewhere they could play without being judged.

Her dream became a reality when she launched The Daisy Chain Project but, in a tragic development, Lesley died shortly afterwards following a routine operation.

Yet Lesley’s legacy lives on, and this year Daisy Chain, which has been chosen as a TSB Local Charity Partner by the bank’s Billingham branch, is celebrating its fifteenth anniversary. The charity supports 2,000 families affected by autism across the Tees Valley offering after school social clubs, holiday activity sessions and trips, advice and information for parents and carers as well as a social group for young adults. There is also an employability scheme for young adults on the autistic spectrum to improve their opportunities to gain work and independence.

Today, around 300 children are seen each week as well as almost 40 adults. Daisy Chain offers a specialist day centre with soft play, sensory rooms as well as sensory gardens and a farm. The charity also offers training as well as support and advice to help families deal with living with autism on a daily basis.

Jenny Hewitt, head of services and learning, said: “At Daisy Chain, our ethos is to support the whole family. Our after school social clubs offer a safe place where parents can leave their children knowing staff are experts in autism. Often our families feel anxious and judged in mainstream environments where the behaviour of children can be misinterpreted so we offer a haven where families can enjoy weekend and holiday activity sessions knowing they will not be judged or stared at.”

Kate is full of praise: “George loves going to Daisy Chain and is much calmer in himself now, he recognises that he may get annoyed but says he feels like himself now and that makes me feel so much better.”

The Saturday activity day is also a big favourite of the whole family: “George likes the structure and routine. He can see on the visual timetable what the activities are and choose what he wants to do. It’s great that we can go as a whole family and it feels very safe with lots of volunteers to offer help and support. I don’t know where else we would go or what we would do to fill the whole weekend without it as George is really not keen on mainstream environments.”

While George regularly attends an after-school club, his sister Ellie attends the ‘Sibz Club’ while little Maggie goes to crèche, and Kate attends The Links support group for parents and carers. Kate laughs, “I have a big holiday planner and the first thing I write on it is Daisy Chain, all over it. The holiday trips are fantastic too as you know you are with people who are all in the same boat which makes you feel better supported.”

As dad Craig works full time in IT and can’t get to The Links, he set up a support group for dads which has a Facebook page with 75 members and growing, as well as meeting regularly every other Sunday in The Highland Laddie in Norton.

As Kate says, “It is important that all parents get help from each other and the experts that Daisy Chain brings in to speak. It’s a minefield when you have to negotiate with authorities on diagnoses, education health care plans. Getting suggestions is really important.

“Going to Daisy Chain not only gives you strategies to deal with behaviours, it also gives you confidence to cope in public. It’s somewhere you can talk about your child’s behaviour that you think it is worrying and terrible and no-one will be shocked. There will be someone there with experience of the same or worse. There’s always someone to listen and help at Daisy Chain.”

At the beginning of the fifteenth anniversary year, Lesley’s son Jacob, now 23, visited the charity his mum founded to see how it had developed over the years. Jacob said: “Like the old saying goes, from small acorns do mighty oaks grow, and after 15 years in the making it’s amazing to see Daisy Chain blossom. I’d also to say a big thank you to all the volunteers, members of staff at Daisy Chain and to all the people who have supported the charity over the years. I thank everyone who has contributed to making my mum’s dream a reality.”