Daft As A Brush Brian on 7,000-mile charity trek 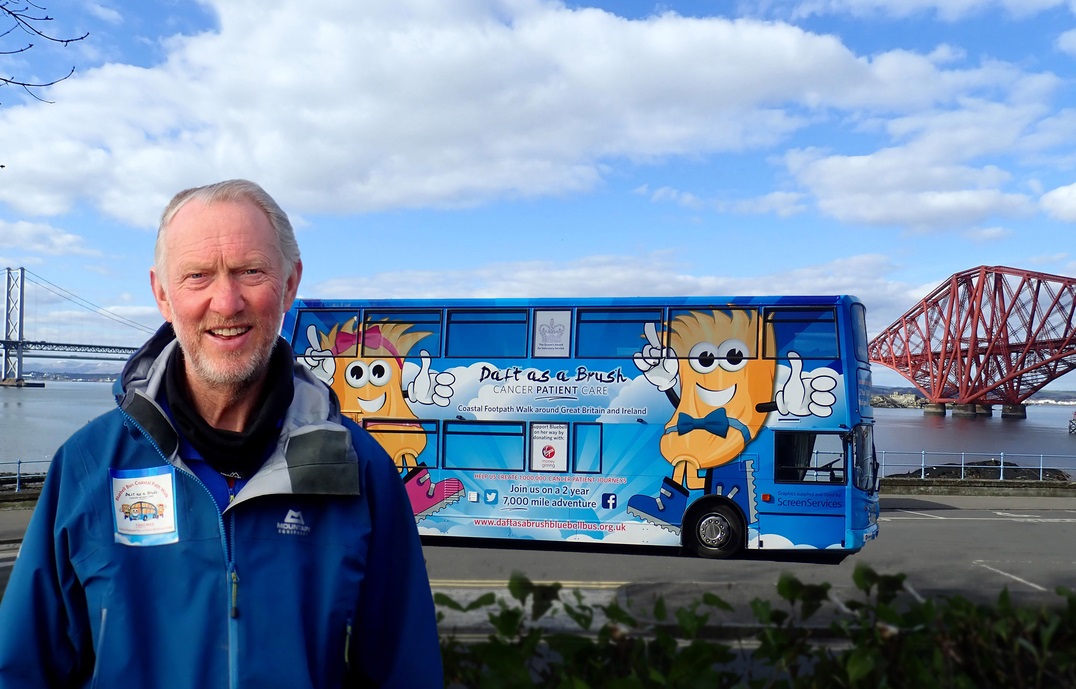 Quest to raise £4million to help cancer patients and their families.

For most 74-year-olds, their idea of a walk is a gentle stroll to the shops, taking the dog out, or perhaps enjoying a leisurely round of golf.

Not Brian Burnie. He is on a 7,000-mile trek to raise funds for the cancer charity he founded.

Brian is the heart, soul and driving force behind one of the North East’s best-loved charities, Daft As A Brush. It arranges free transport to hospital for cancer patients receiving chemotherapy and radiotherapy treatment.

He is currently just under a third of his way through his walk around the coast of Britain and Ireland.

The walk will take around two years and along the way he is visiting cancer hospitals, schools and staging promotional events. The aim is to raise more than £4 million and launch the charity nationwide.

Daft As A Brush operates 27 ambulances across Northumberland, North and South Tyneside, Durham, Newcastle upon Tyne and surrounding areas, and is backed by more than 350 volunteers.

But the plan is to create a network of hubs and provide support for people to set up and operate the Daft As A Brush Cancer Patient Care service in new areas.

“I like to think big,” said Brian, when we caught up with him. “One day I want there to be Daft As A Brush in every part of the country providing one million high quality cancer patient care journeys each year.”

He left Tyneside at the beginning of March and so far he and his team have covered just over 2000 miles. By his side is his project manager, and new wife Cheryl - who he married in a surprise ceremony in July when they arrived on the Isle of Skye.

“We are having the time of our lives on this walk,” said Brian. “I feel fit as a fiddle, I am not exhausted at all. We’re walking anti-clockwise around Great Britain and Ireland then back to Newcastle around June 2020.

“So far we’ve been lucky with the weather, it was marvelous in May and June and only started to rain when we got to the Isle of Skye.”

Following behind Brian and Cheryl is the ‘Bluebell Bus’ - a bus donated by Stagecoach which acts as their office and living accommodation. The cost of the day to day running of Bluebell and the journey is being paid for privately by Brian.

Brian added: “I have spoke to medics and they told me that one of the worst parts of cancer treatment was getting to and from the hospital. That is the inspiration behind the charity. That, and that as a child I always remember my mother and father saying that it was ‘better to give than to receive’.”

Brian, a former petrochemicals and recruitment entrepreneur, sold off his £16 million mansion and all his belongings and funnelled the proceeds into Daft As A Brush in 2009.