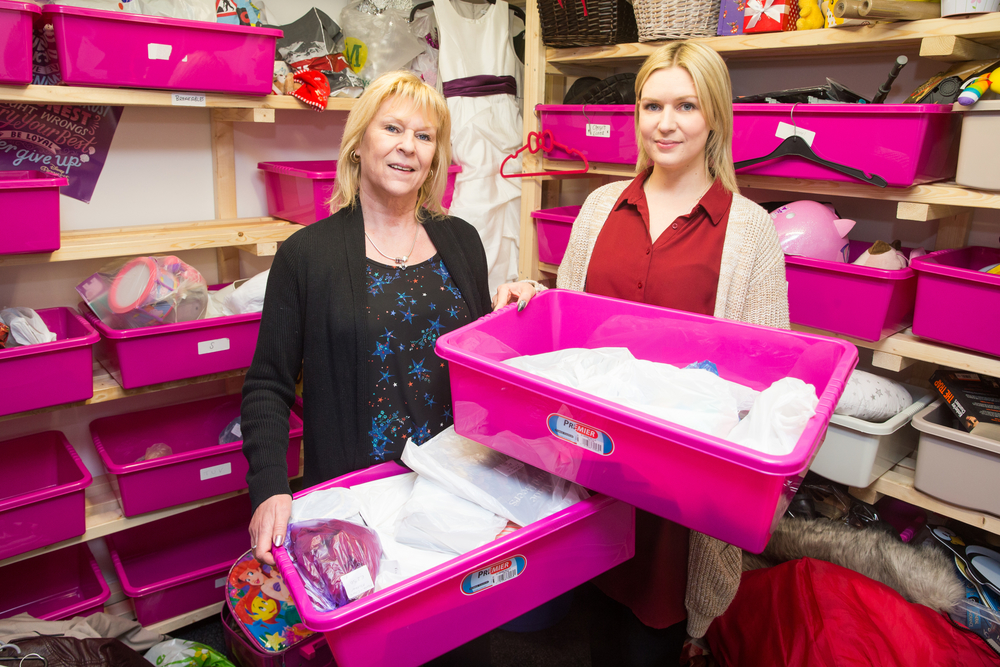 Community shop has raised over £155,000 to change lives in South Tyneside.

The mother and daughter, with a small team of staff and volunteers, provided vital funds for a range of good causes, from buying life-saving medical equipment for hospitals to items needed by local schools and community groups and organisations.

Their efforts went on to win them a TSB Community Partner Award at The Pride of the North East Awards which celebrates unsung heroes from across the region, and they were honoured in front of a star-studded audience at the glittering Awards dinner last May. TSB also supported them with funding.

But they have not let the awards go to their heads. If anything, they have accelerated their efforts. At the time of the awards, they had raised £130,000 but this has now jumped to more than £155,000.

Last year, Lynne, 53, and Cheryl, 32, provided more than 3,000 high-visibility vests to nurseries and primary schools across South Tyneside. They also help a local women’s shelter by making up welcome boxes for women after they have fled their homes. This festive season they have set their sights even higher with a new campaign they have dubbed ‘Christmas Wishes’.

They asked their local community to nominate special children or those who had gone through a tough time and choose them a gift that would make them happy. The top twenty children would then be bought their gift.

But more than 80 children were nominated and Cheryl and Lynne found they could not choose between them. In the end, they got together with their friends and local TSB branch and decided no child should miss out.

Cheryl said: “The community spirit blew us away. TSB staff sponsored the gifts of more than 20 children alone. The children got everything from cuddly toys to a new pair of Converse trainers.”

All the gifts were awarded at a special surprise party held at the local civic hall with a buffet laid on and a visit from Father Christmas.

Two very special children in particular were awarded. One little girl was born with a club foot. Due to complications doctors had to amputate below the knee and the 7-year-old now wears a prosthetic leg. Her carers asked for her to be sponsored for a new bike that she insists she wants to ride.

Meanwhile, a teenager who developed a condition that rendered him blind was also awarded. In a joint effort with Community Corner, two local schools, and a GoFundMe launched by a friend, more than £3,500 was raised. The money went to buy the 17-year-old an OrCam MyEye 2, an ingenious new wearable smart device that fixes to glasses and that can read text and recognize faces.

Cheryl and Lynne are now looking forward to the new year. They run a Facebook group where most of their donations are sold. “We’ve got an amazing 12,000 members now and a team of voluntary ‘uploaders’. If someone likes something, they can reserve it, and come collect the item in the shop. We could not do everything without the help of our volunteers and the community at large.”

They have also recently moved location, to the Viking Centre in Jarrow, which has done wonders for their supply of donations. “We’ve had so much more passing trade, and lots of customers who had never heard of us but want now to support us,” says Cheryl. “We have been amazed by the donations. Over the past year we had clothes donated by X-Factor winner Joe McElderry and some vintage wear by Little Mix’s Jade Thirlwall. We are now looking forward to a brilliant 2019.”