Sanctuary in the city 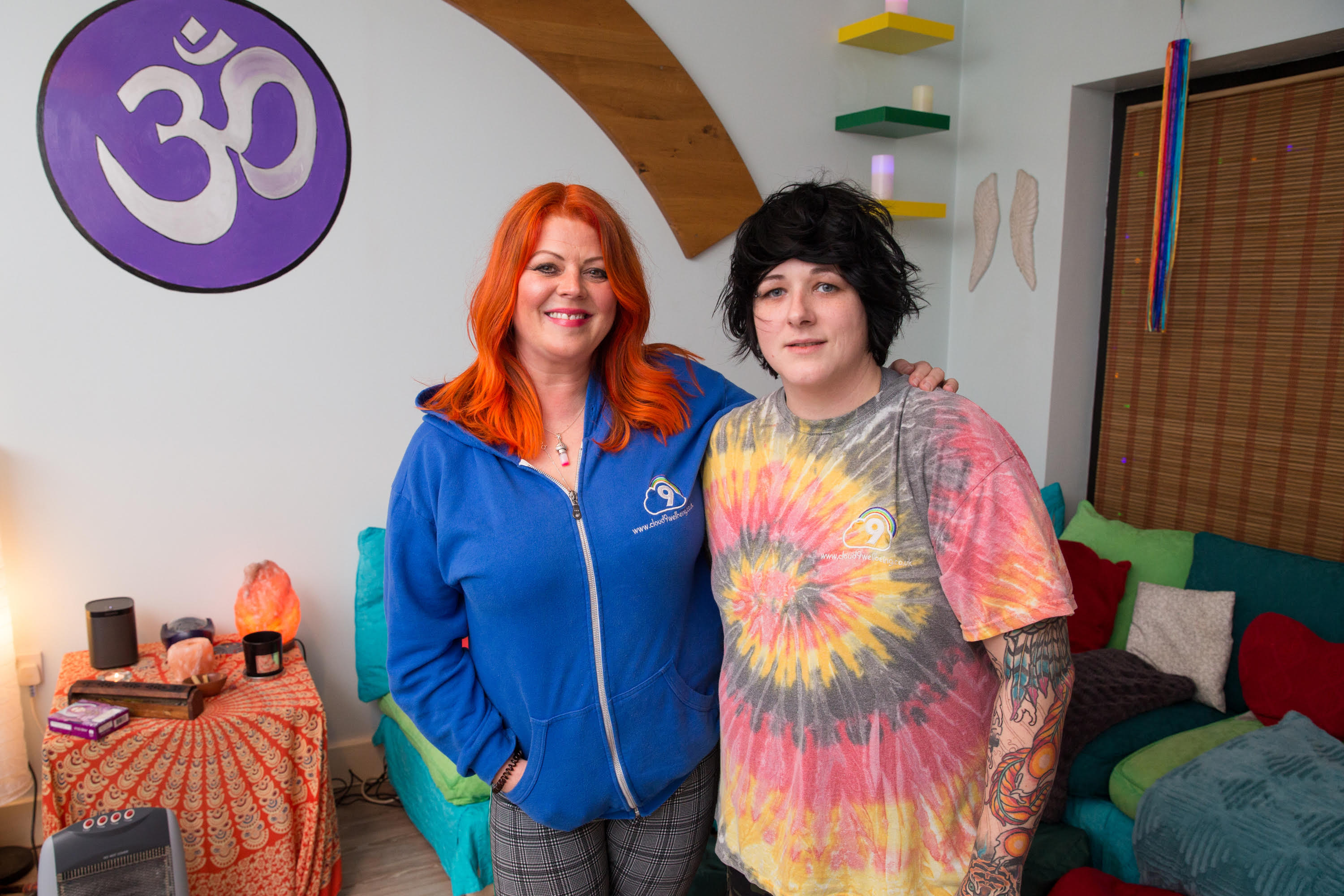 Charity offering a hub of wellbeing in North Shields.

It’s the community hub that offers alternative and holistic health, a coffee shop, meditation club and so much more.

Cloud 9 Wellbeing was opened by Susan and Rachel Universe after they decided to change careers to improve their mental wellness. At the same time they were determined to do something to help others in the local community of North Shields.

For years, Susan was a consultant for a legal company, and Rachel 36, was a police radio and 999 operator. “But we both suffered with mental health issues,” says Susan, 42. “Rachel has a condition called Cyclothymia Disorder, which means her mood goes up and down. I’d had mental health breakdowns over the years too. I decided to get into meditation to help me, and I kind of found what I knew I was meant to be doing. I knew what a difference we could make to others who suffer with different mental health issues.”

So the couple, who have two sons, aged 12 and nine, quit their jobs and in June 2016, they opened Cloud 9 Wellbeing, a hub that offers alternative and holistic health, a coffee shop, meditation club.

“We’re basically a sanctuary, somewhere anyone, not just those with health issues, can come,” says Susan. “Our mission is to spread the word of wellbeing far and wide. People who have been depressed or have anxiety, can join our meditation club, which Rachel runs, along with our coffee shop, or have a reiki or reflexology session, which I trained in and now run.”

The couple say people who’ve been anxious about facing redundancy or had a rough time due to a breakdown use them, along with those who may just be feeling low and anxious due to loneliness.

“One lady, who’s in her seventies, comes to us. She’d been waiting for a year to see someone about therapy on the NHS, but now, she says we’ve transformed her life as she’d been so lonely and anxious before,” says Susan. “But it’s not just that, when she got a flat tyre, she rang us straight away and we went and rescued her. We say we’re like a family, our members know they can always call us and we’ll help when we can.”

In the coffee shop, it’s also run by a volunteer, who last year was living on the streets. “We gave him a chance, and it’s helped him pull back some confidence. He’s now got his own place, and obviously now he’s got the work he’s doing for us to put on a CV,” says Susan.

In the last year, the club, which charges members £45 a month, has also been supported with funding from TSB, which the couple say has been invaluable.

“With the support from TSB, we’ve been able to kit out our meditation room and buy state of the art laser projectors, which project shooting stars,” smiles Susan. “We can’t thank them enough. Basically, we want to pull the local community together and make people realise that no matter what they’re going through, they aren’t alone. They see that we’re human and just want to help make their life a little better, take the pressure off. We’re all in this together.”