Heart of the Community 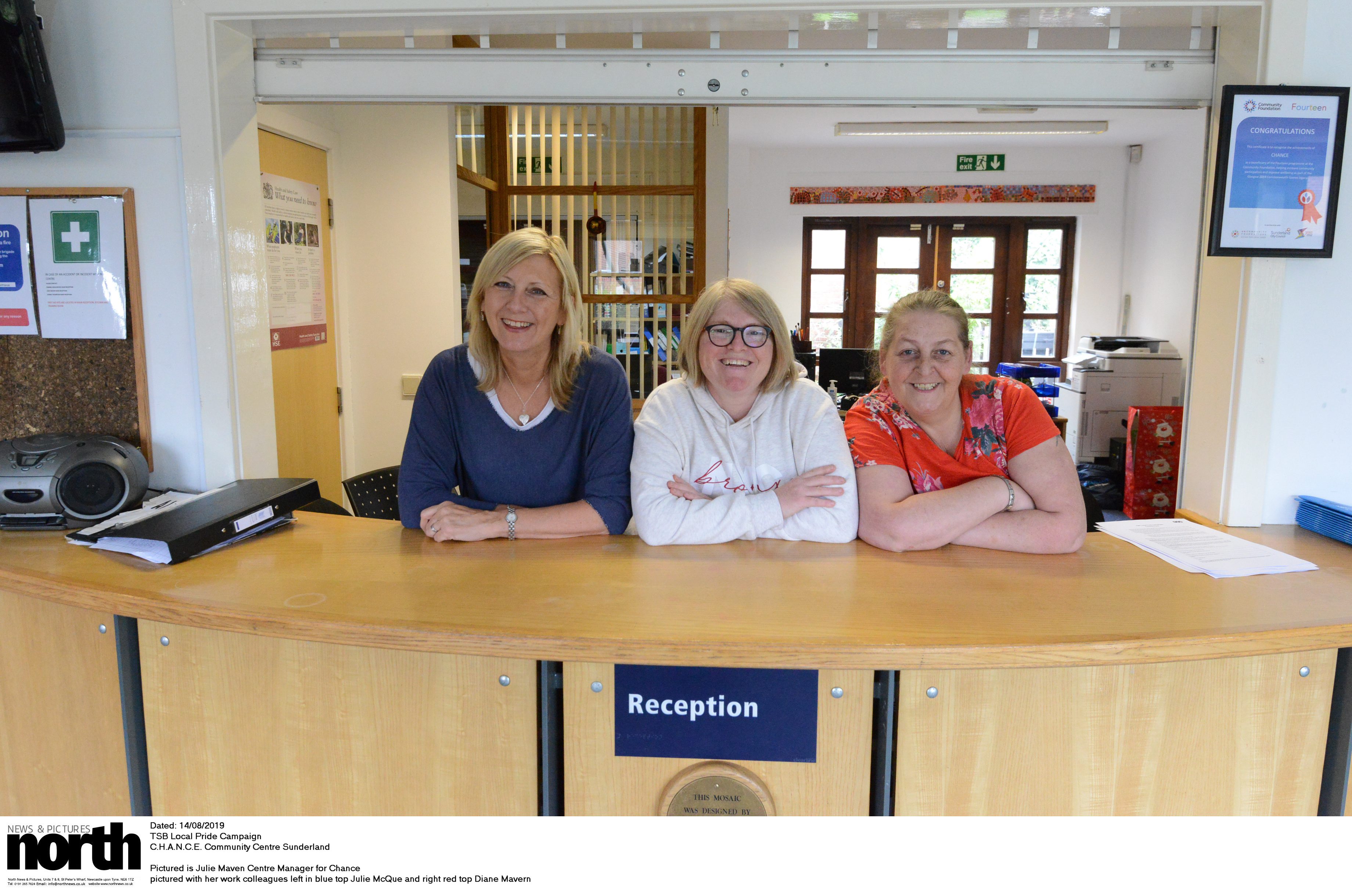 When the Garth flats in Sunderland were demolished, it could have been the end for a unique community centre based in the building.

Instead locals rallied together to raise funds to build modern premises, and 20 years on, the centre is still thriving.

CHANCE - Community Help And Neighbourly Care for Everyone -  was initially set up in 1993 by female residents of the estate in Sunderland.

One of the founders, Julie Maven, is still involved today as centre manager. And she says community spirit is as strong as ever.

She says: “What is great is that many of the people I grew up with still come today and use the centre. Their children and grandchildren come, so we have come full circle.

“I didn’t have children, but my sister was a single mother with four children, and there were many single parents. They all got support from the centre. We supported them, but also anyone who needed support, who were widowed or who were in failing relationships. Men too of course.

“We just rally together. If anyone needs anything, we endeavour to do our best to help and get them what they need. We are a very strong community, and everyone still knows everyone.”

Julie recalls how the centre was initially founded. She says: “It was very much a mothers and women’s movement. We grew up in a poor area, and there wasn’t much going on. The husbands were all out at work and the women were left at home looking after the kids. But they wanted to better themselves, to learn and educate themselves.”

The group initially liaised with their housing organisation Home Housing, and through a variety of sources of funding were able to convert two unoccupied flats into a drop-in centre.

Other agencies were approached to support the project, which led to the development of a range of family support and education and training opportunities.

Julie says: “It was great, we organised for people to come in and teach courses like book-keeping, bid-writing, crafts, and basic maths and English. “The kids were looked after in a room next door. Everyone benefited. That carries on today.”

The voluntary organisation and registered charity is still run by local people for local people, and making a difference.

The flats were eventually demolished to make way for new social housing developments, but the brand new purpose built centre was opened in 1999. Local users of the project had input into the design and planning process and successfully raised the £340,000 needed for construction.

It has a crèche, a large multi-purpose meeting and training room, a kitchen, reception area and office space for the team.

Today there are still so many activities going on, including a group where mums can come along and sign up to do online courses at the centre and carry on their learning at home in subjects such as  food hygiene, first aid, hospitality, caring and mental health awareness.

There is also a lunch club for seniors, including subsidised Fish and Chip Fridays. And for the youngsters there is an after-school club where kids can come and do sports, cookery classes, gardening and also do their homework. Other nights, the kids will cook and enjoy a meal together. For adults there are also people who come in to advise about financial affairs and debt.

“Basically, we never stop,” laughs Julie. “But while we are needed, we are there. We feel so proud of what we do, but we are still here because people need us. And we are there for them. Every day someone comes through the door with a need. We are a strong, proud, fierce band of women and that has what it’s all about.”