Community academy is fighting fit for the future 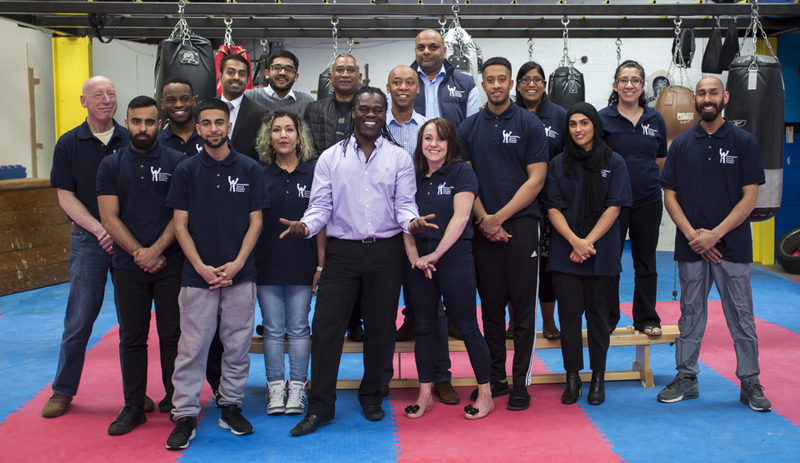 Today that club has blossomed into the Waterfront Sports and Education Academy, a thriving community hub offering boxing workouts, kids clubs, zumba, education sessions to more than 600 people a week.It started when Michael Burgess, Michael Lewis and Mahesh Patel began meeting up on Sundays in 1998.

The trio found a room at the back of a transport company in the city’s Belgrave area but soon outgrew the space as word spread.Michael Burgess said: “We’d have a chat, do boxing and martial arts. When one of our sons got in trouble, he started coming along and asked to bring his friend.

“Before we knew it, we had 300 members, who had all been recommended by someone else.

“I noticed the impact it was having on young people in particular and how we could use boxing as a vehicle to get them through the door, channel their energy and then give them other opportunities.

“We secured grants, got our volunteers training in first aid and coaching, pulled in local tradesmen and business people to help us. We also had a local policeman who helped us get Home Office funding and improved police relations with the kids.”

Twenty years on, Waterfront has a 5,000sq ft centre and is open seven days a week offering a range of sports training and classes, plus after school clubs, summer holiday activities and events.

It works with children as young as five up to pensioners in their 60s, offering sport as a diversion from unsocial behaviour and unhealthy lifestyles, as well as a way to create social cohesion in a diverse community.

Four years ago it expanded from sports into schooling, offering alternative education programmes for 35 young people struggling in the traditional classroom setting.

One of its recent successes is engaging Muslim women in special exercise sessions.

The group Zfit offers Zumba, keep fit and pilates to this previously hard-to-reach group, with a special corridor created so they can avoid men who are training, and many now volunteer at the club.

Michael, a former fireman and dad-of-four, who became the charity’s chief executive in 2014, said: “Our ethos is to ensure anyone feels welcome when they walk through the door.

“Leicester is a very diverse city but there is no colour or religion here. We don’t notice gender or disabilities. We are just Waterfront and we are a family.

“The kids who were ten when we started out are adults now, offering their time as volunteers and inspiring the next generation. We are training them so we can hand over the reins to them in future.”

One of these is Nikhil Gohil, who has been attending Waterfront since he was nine for boxing training and is now an integral part of the team, as well as an entrepreneur.

He said: “One day the printer broke down and I fixed it, and then I started doing the posters and helping out on music sessions.

“I’ve been a boxing coach for four years and also do event management and DJing across the country. I have to open and lock up too.”

This strength of community support was vital when a fire destroyed the centre in January 2016, having spread from a neighbouring building.But thanks to some emergency grants, the support of local business and the help of volunteers, educational courses were running again after four weeks while the training gym reopened after three months.

Michael said: “We thought the fire was the end but we’d come through hard times before and we knew how to survive. So many people rallied round to help.”