The Pony Club that gives everyone the chance to ride 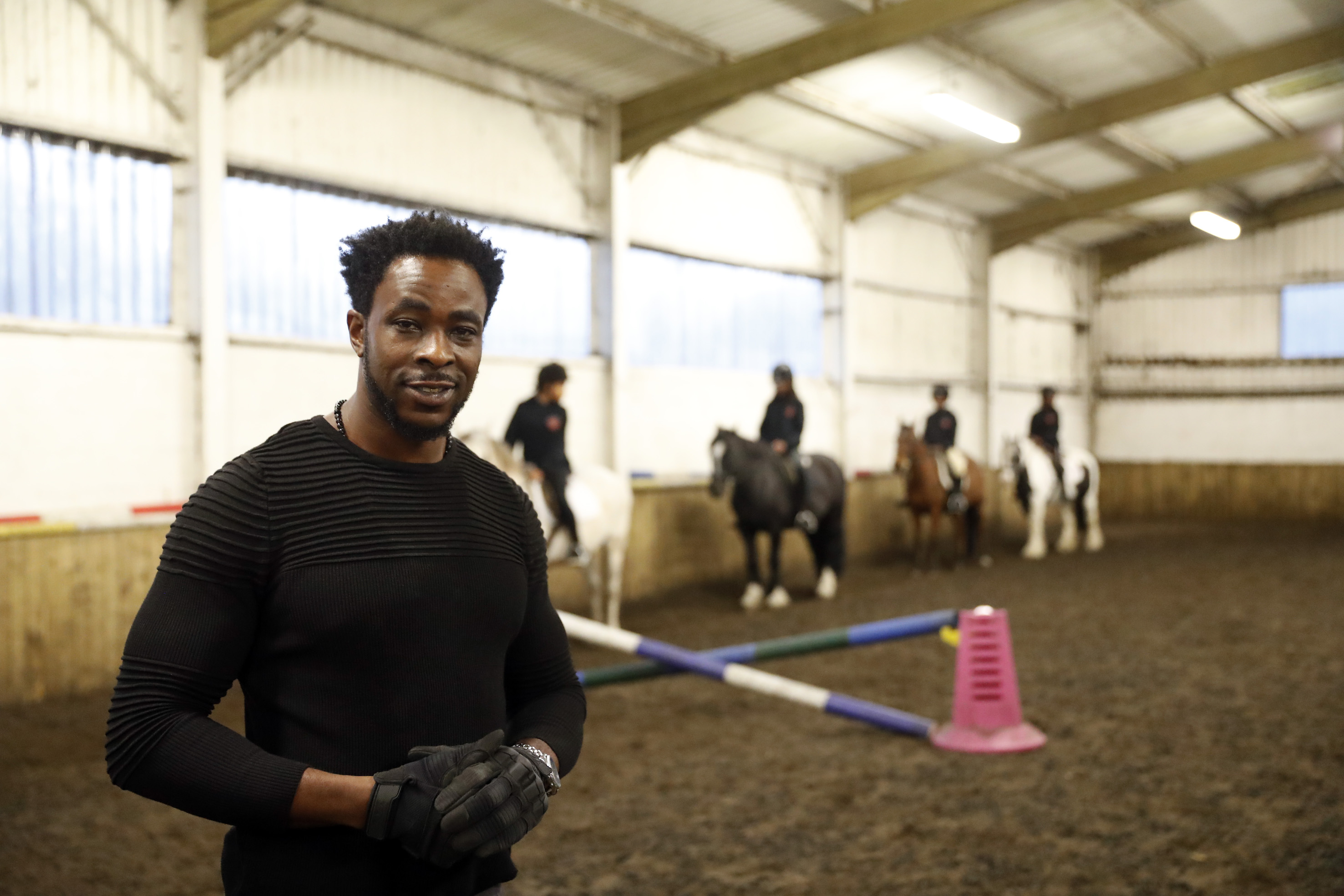 Freedom Zampaladus is the founder of the Urban Equestrian Academy in Leicester. One of the projects he runs is Azeezah’s Junior Pony Club for six to 12-year-olds. Since it opened two years ago numbers have grown and there are now 60 regular attendees and 150 who come during the holidays.

Children meet every Tuesday and Thursday outside the African-Caribbean Centre in Leicester where they are taken by minibus to stables where, for a couple of hours, they get to groom and ride horses.

“There are a number of reasons why these particular children are not able to take up these kind of opportunities; a lack of access, the cost, and also because of an ongoing stereotype that horse riding is the reserve of the wealthy and middle class,” explained Freedom. “There were families reluctant to get involved. I wanted to change that and open up the world of equestrianism.”

As well as riding, the Pony Club helps kids develop their confidence, social skills and self-esteem. It provides a unique, friendly therapeutic environment where new friendships are made.

“Pony club makes me good because I like riding. I like putting the ponies to their stables. It makes me happy going to pony club. If I didn’t have pony club I would not be able to be with the ponies,” said Eesa Khan, who is 9 years old and autistic. “Teamwork makes our dream work. We learn about one of the most extraordinary animals in the world.”

And Azeezah, 11, who is Freedom’s daughter, and after whom the club was named, said: “You get to make new friends and work with horses. I think it has helped me in my learning and concentration. It is a great opportunity.”

Just as important to Freedom, is being a good role model.

“I had a troubled young life in my teens but horses literally saved my life. I want to show kids, especially young black boys, that you can follow your dreams and achieve anything you want to. Your background should not be a barrier. Even if you have been in trouble, you can turn things around.”

Freedom was introduced to the world of equestrianism when he was 14. His uncle owned a training yard and at the age of the 17 he became a professional racehorse trainer.

After working in the UK, he turned down a lucrative opportunity to work in the Middle East, deciding instead to focus his skills and experience on creating a positive impact on the lives of disadvantaged young people and adults in Leicestershire.

“Hopefully my story can inspire others to look within. Entrepreneurship is seldom taught in schools and I hope to inspire the younger generation to embrace their skills.”