On track to help others 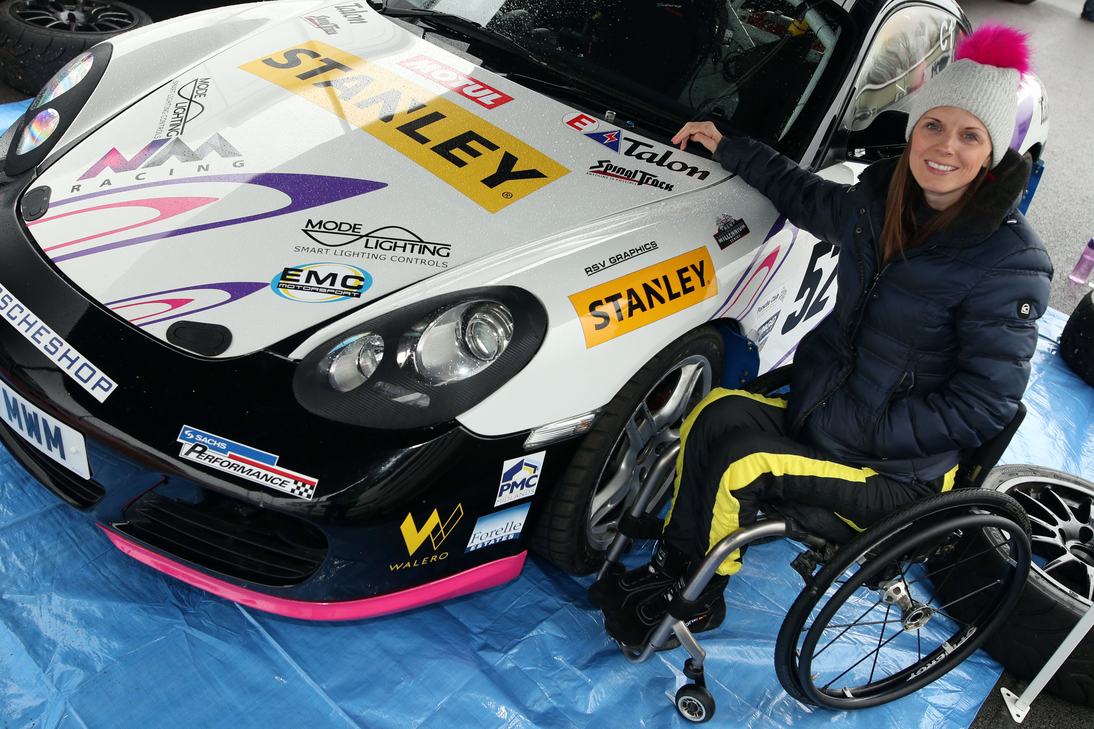 Unique rally school helps disabled drivers get behind the wheel.

Nathalie McGloin loves the thrill of driving a rally car.

And it is about more than the simple pleasures of hitting top speed, taking the perfect line through a bend, or winning a race.

She is a wheelchair user, and says that rallying is one of the few sports where disabled people can compete against anyone else on a level playing field.

She says: "I love racing because nothing else matters about the person who is driving the car other than where they finish over the line when the flag is dropped. Gender, disability, race, religion, none of it matters. All that matters is your skill and your driving capacity. I think that it's one of the only sports that offers that."

Now she is helping other people with disabilities follow in her tyre tracks, after setting up a unique charity.

Spinal Track is the UK’s first Rally Experience designed specifically for disabled drivers. “I am a big believer that I have not got where I am now without help,” says Nathalie. “For me it is now about giving back. Giving people back what I get from racing is really important to me.”

When Nathalie was a teenager she was involved in a car crash and suffered a broken neck. She was paralysed from the chest down and spent a year in hospital, including two months in intensive care.

But her life-changing injuries did not stop her blazing a trail in sport and today she is the only female tetraplegic racing driver on the planet and the first woman with a spinal cord injury to pass the British Association of Rally Schools rally driving exam.

With her newly-acquired rally licence, Nathalie also made history in March by becoming the first woman with a spinal injury to compete as a driver in a rally, in the MSN Circuit Rally Championship at Donington.

Nathalie recognised the lack of available cars for disabled drivers looking to try their hand at track days or those simply wishing to get behind the wheel of something a bit different. So together with her partner and fellow racing driver Andrew Bayliss they set out to offer free track days and rally experiences to disabled drivers with adapted cars.

Spinal Track is based at the Bill Gwynne Rally School at Turweston Aerodrome, Buckinghamshire, and there are hand-controlled VW Golf GTI and Toyota GT86 models available.

“Disabled should never mean ‘unable’,” says Nathalie. “With the development of hand-controlled cars, disabled drivers have taken back their own independence along with the steering wheel.

Her love for motorsport developed late, initially being part of Team GB's wheelchair rugby team training towards the Paralympics.

But a serious injury derailed her hopes of making the squad and nine months on the sidelines dampened her enthusiasm for the sport. After her partner Andrew bought her a track car she became immediately hooked and started racing in 2015.

"You know, I'm disabled, I'm female, I go out and I compete against able-bodied men, and females sometimes. But I'm hoping that they can see that by the fact that I am in a wheelchair, that motorsport isn't that scary.

“Lots of people contacted me and said they loved what I was doing. I realised that very few people were able to share the same opportunity. I sat down and thought ‘let’s make it happen.’

“This lets them come along and push their boundaries and build confidence. The point of the charity is not about finding the next Lewis Hamilton, it is about giving people an opportunity to do something they have never done before. It is about believing that anything is possible, because after you have done a Spinal Track day, you’ll really believe that.

“One guy said to me it was the second best day of his life, after his wedding day. Another chap came along with MS. His daughter wrote to me and said he had a totally renewed energy after spending the day with us. That was brilliant to hear.”

Nathalie adds: “When you see the drivers get out of the car, and you see them smile, I recognise all their emotions. It makes it all worthwhile.”