A bus load of kindness 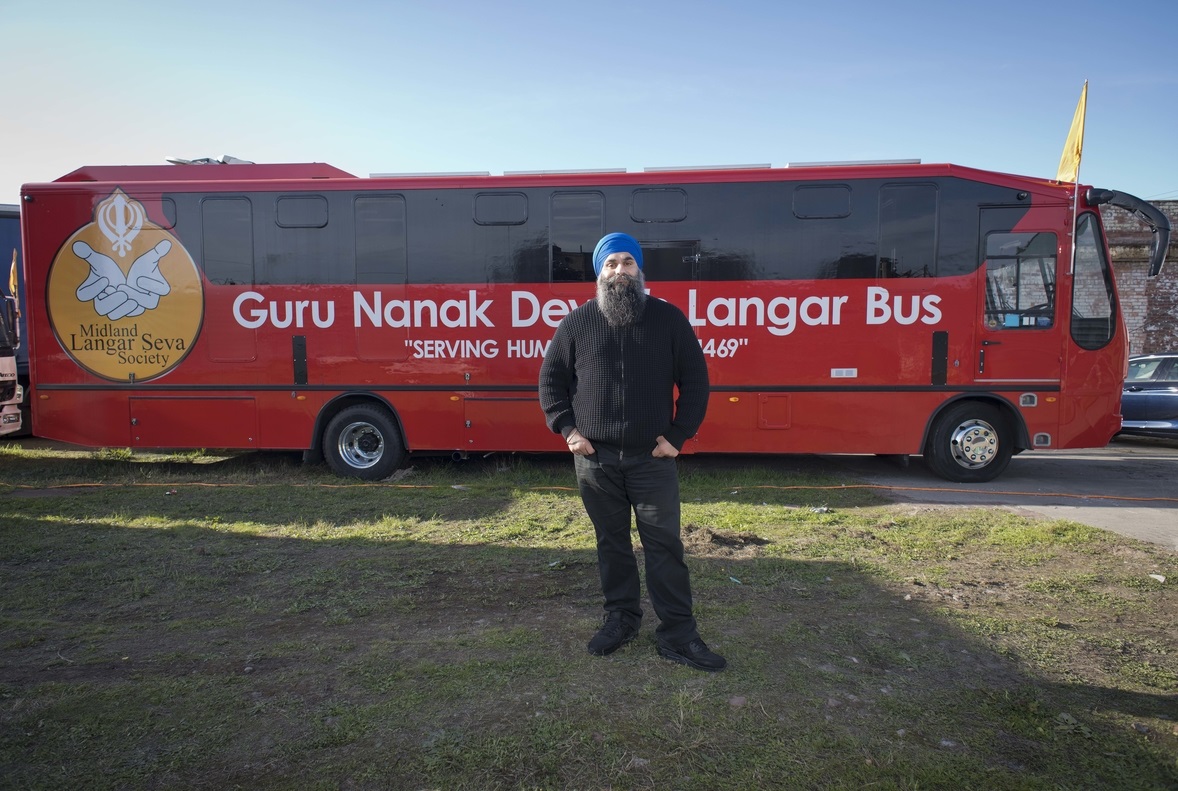 Converted coach to feed homeless across the country.

He already ensures thousands of hot meals and cups of tea and coffee are served to the homeless of Birmingham every night all year round.

Now with Britain set to face the coldest and harshest winter, Randhir Singh Heer - founder of charity the Midlands Langar Seva Society - has come up with a new plan to feed homeless people across the country.

Best known for their open kitchen at Carrs Lane in Birmingham city centre, the group helps up to 200 homeless and street sleepers as well as those with mental health problems and addictions. But this winter Randhir has bought, renovated and fitted a bus to reach out to even more people needing help. The bus has been equipped with a kitchen and the seats have been stripped out and replaced with benches. Homeless folk who come on board can eat supper while warming up with special night heaters. They will even be able to watch TV.

The bus was bought with the help of funding from TSB, after Randhir was honoured with a TSB Community Partner Award at the Pride of Birmingham Awards last year for his remarkable work.

From this month the bus will tour up and down the country - directed to where it is needed most.

“We want to serve humanity with love and compassion,” explains Randhir. “The bus has been a great addition and we are so thankful for the support from TSB. They have helped spread awareness locally as well as internationally and we have had hundreds of people offer their support as volunteers, and are opening new projects in areas like Manchester and Milton Keynes.”

From serving a few hot meals a week to homeless people in Walsall, in just four years Randhir has seen his charity spread to 17 cities across the UK – and on to India, Thailand and Berlin. To date, they have over 500 volunteers, 22 teams, in four countries, and serve 85,000 meals a month, seven days a week.

The Bus is named after the founder of Sikhism, "Guru Nanak Dev Ji", and the word “Langar” in their charity name, the Midlands Langar Seva Society, is a Punjabi term for general or common kitchen or canteen where food is served for free.

Randhir, 45, said he felt it was his duty as a devout British Sikh to support the less fortunate.

“Although the open kitchens provided by the Midlands Langar Seva Society have their roots in Sikh tradition, we support all and everyone in need of food,” he adds. “Helping people is something which spans every culture and every tradition.”

Unlike many other charities, they do not ask for cash donations but for food and equipment for the kitchens.

“Someone’s volunteer time is worth more to us than a cheque,” says Randhir, whose story currently features in a new short film on ITV.

The bus is just one example of the charity’s ambitious plans. This year they have also spread their wings internationally. A new team has been set up in Bangkok, where they sponsor one of the 17 slums with rations of milk and nappies for babies.

In Rajasthan, India, they have set up a school for the less fortunate. And in the Punjab, they are paying for medical expenses of those that can not afford it.

“We paid for a father of three who broke his leg, to get it fixed,” said Randhir. “After 6 months of not working, it meant he could once again provide for his family. Just seeing the children’s faces breaks your heart.

“It has been a physically and mentally draining year but seeing the difference we make to people’s lives makes it all worth it.”