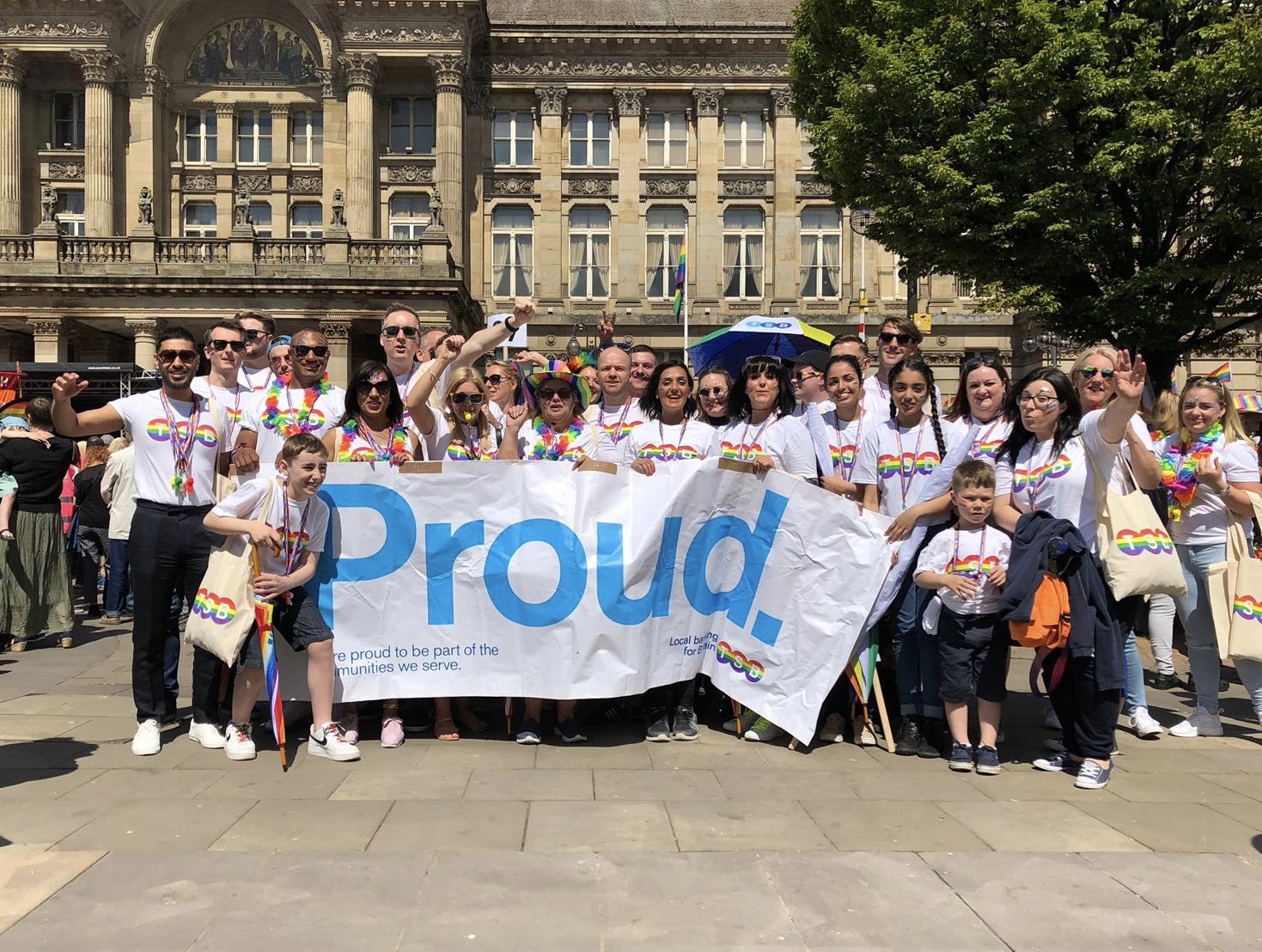 The charity leading the way for the LGBT community in Birmingham.

Last week he flew the rainbow flag for diversity and equality during Birmingham’s annual Pride festival flanked by friends both young and old. Like him, they wanted to celebrate how far the LGBT community has come in terms of rights and recognition.

For Graham, 67, it is just as important that the struggles of the older generation are not forgotten and that they continue to be supported. He was a virologist at Queen Elizabeth Hospital in Birmingham tasked with helping trying to find a cure back when the AIDs epidemic took hold in the 1980s. And he saw just how the spread of the disease also led to a rise in homophobia.

He credits Birmingham LGBT, the city's leading charity advocating for and supporting lesbian, gay, bisexual and trans communities, for changing hearts and minds. The charity offers a range of services and support for everything from sexual health to domestic violence and counselling as well as activities such as walking, knitting and table tennis. TSB partners were among the thousands marching in support and all the funds they raised are going towards Birmingham LGBT.

“Just knowing that the LGBT centre is here is very reassuring. Not everyone wants to go socialise in a bar. You want also to have somewhere to go and chat and drink coffee.”

Graham is an advocate for the charity’s Ageing Better Project, which is focused on tackling isolation among LGBT people over 50.

As part of the initiative the charity is running a campaign called Ageing with Pride. He says: “Ageing with Pride for me means being proud of what we had done. It also means not having to hide yourself away when you mature in years. You can be as loud and as gay and flamboyant as you want to regardless of your age. I am not going to be sitting here in a pink tutu but if I wanted to, why not?”

James Wharton, wellbeing services manager at the charity, adds: “I think it is important to recognise that many older LGBT people had a very different experience to the younger generations. They see them go out and enjoy all the freedoms they didn’t have.

“They had to go through the devastation of the AIDS crisis which wiped out so many of their friends. Birmingham was the second most impacted city after London. They also fought and won all the equalities that LGBT people enjoy today, but that is not always recognised.

"We want to celebrate those achievements. The gay scene is largely centred at young people and bars and drinking. But that is not for everyone. Others prefer to be active in other ways, do sports, do yoga, meet and play board games. That is what we are able to offer our members now and what we are promoting with our campaign Ageing with Pride. It has been brilliant for reducing potential isolation and bringing people of all ages together.”

At their centre on Holloway Circus, Graham has found new friends and a vital support network. “They have a coffee morning here called Rainbow Bridge, which I like to come along to every week. It is called a Bridge because it isn’t just for gay men or women, it is for anybody. It bridges the different lifestyles people have. You come along for a cuppa and gossip.

“It would be great if more older LGBT people would be able to discover places like this centre. I am sure there are lots still living isolated lives.”

Graham, who worked as a virologist for the NHS for nearly 50 years, added: “Growing up gay was awful in the 1950s. I never discussed it with my parents, I didn’t know what it all meant, I had no sense of identity and I did not understand why I preferred boys to girls. All I saw was that people went to prison.

“Things got better but in the 1980s we took a big step backwards when the AIDS crisis hit. As a doctor we had no idea at first where the virus had come from and it became a big excuse for people to become homophobic. It became open season on us.

“I know many guys who went into the closet back then because they could not cope with the abuse. I also lost quite a few good friends to HIV. It was like we lost 50 years of struggle.

“I am surprised anyone of my generation is sane to be honest because of the struggles we had.”

Graham adds: “I spend a lot of time with the younger generation. I do think most of them understand the difficulties we had in the past. But I don’t want them to have to feel grateful. I do feel they should have a sense of history because it is part of our cultural history. But they should not be made to feel grateful, for something that is their birthright to love who they want to love. What happened in the past was wrong. We should never have been oppressed in the first place."