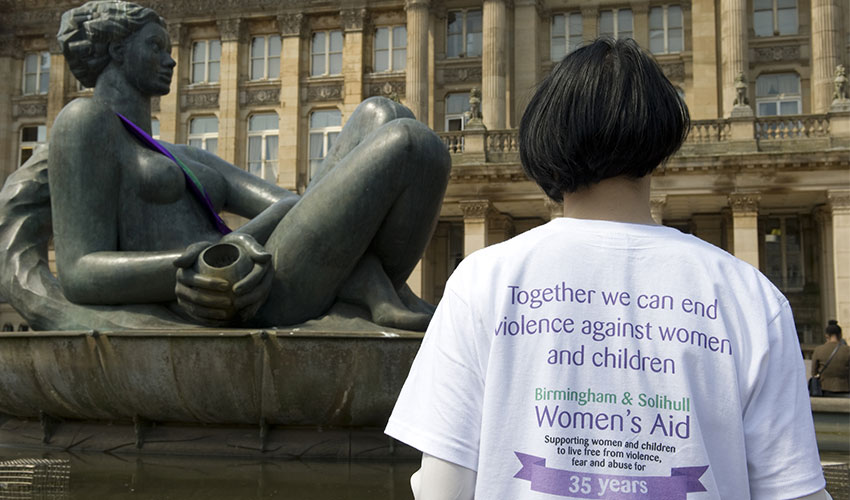 Birmingham and Solihull Women’s Aid (BSWA) was created during the rise of the women’s movement in the 1970s. At the time, there was a lack of provision in the area for women and children affected by domestic violence, so a group of women decided to set up an unofficial place of refuge for them.

BSWA’s first official refuge opened in 1980, and it now has five, each offering safe emergency accommodation for women and their children. In addition, the charity provides a wide range of services that offer practical and emotional support, such as a helpline, counselling, support for women going through legal proceedings, and community-based and central drop-in services. It also works closely with other local organisations and the police to achieve the best possible outcomes.

What kind of support does BSWA offer?

The bulk of our work is around domestic violence but we also work around sexual violence, forced marriage and female genital mutilation (FGM). We offer refuge, we support women in court, and work in schools talking to children about positive relationships, abuse and gender. We’ve got workers based in the criminal courts supporting women whose partners are being tried. And we hold training for professionals, such as GPs with our Iris (Identification and Referral to Improve Safety) project, who are working with women coming forward for help.

How does BSWA benefit the community?

We help 5,000 to 6,000 women a year in our area. These women have children, families and friends, so it has a wide community impact. Also, being part of the wider network of Women’s Aid across the country, we lobby to effect change and raise awareness. We need people to question why domestic violence happens and what is it about our society that makes it so prevalent. However many laws are introduced, it doesn’t seem to be going away.

Has BSWA been affected by funding cuts?

There’s a big campaign going on at the moment around Birmingham City Council’s Supporting People programme, which is a major funding stream for the refuges. The council are discussing proposed cuts to it, which is worrying. It’s a constant battle but new projects get funded and we received funding last year from the police and crime commissioner. The West Midlands Police and Crime Commissioner fund areas of work which support victims and address crime.

How has Women’s Aid developed in the last few years?

We’ve had to upskill ourselves about the rise of social media and its impact. It’s been interesting for us because while on one hand it is a great way for women to find out about our support services and see our campaigns, it’s a new tool for abusers to trap women. The control of women remains the same but the tactics used by abusers shifts depending on what’s available.