From helped to helper 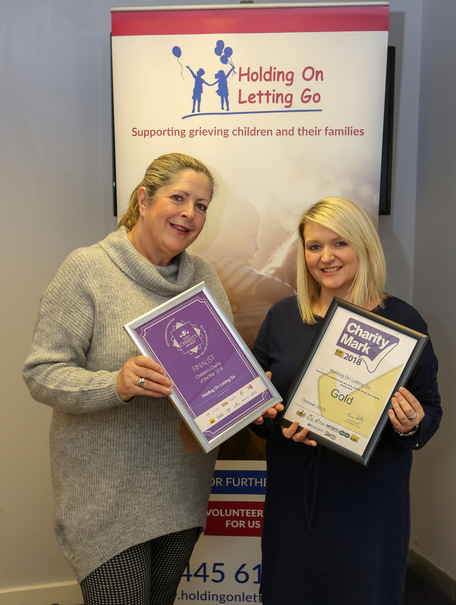 Kate was helped by bereavement charity after losing her mum. Now she helps other faced with the same heartbreak

Kate Trevelyan lost her mum to cancer quite suddenly aged just 14. Struggling with school and home life, she was referred by a teacher to the charity Holding On Letting Go, in Rochester, Kent, a charity that provides much needed to support to those who have lost loved ones.

The organisation runs non-residential workshops throughout the year for children to attend, where trained volunteers encourage them to tell their story about what happened to them.Kate, now 29, remembers going on the weekend and taking part in various activities aimed at expressing her emotions including making a memory box.

“I soon realised all the people there were here for the same reason, to remember their special person. I was able to open up about my story and share memories about my mum and make items to help with my feelings, which I treasure to this day.”

The experience helped her so much, that in a fantastic example of people helping people, Kate went on to volunteer with the charity. She has since gone on to become a trustee. “I wanted to help other children because of what I went through and so I could tell them I understood how they felt. I told them, I promise you, it will get better in time. It is such a fantastic charity how it helps children, and much less formal than counselling. I don’t know how I would have coped without it.”

Caroline Ford, CEO of the charity, explained: “We’re very much there to help the child or young person to hold on to the good memories, but let go of some of the more negative ones. Caroline, who started volunteering at the 20 year old charity 14 years ago, took up her new role in January this year, and she is passionate about helping youngsters at this most challenging times.

“We help children aged between six and 16. Very often when they’ve lost a parent or sibling, or anyone else important, the remaining parent or other family are grieving and the child doesn’t feel able to express their feelings, in case they upset them further. They may also be confused about what has happened, or angry.”

“We aim to get them to open up about their feelings, express themselves in a safe environment,” says Caroline. “They haven’t got to worry about upsetting anyone. We try and get them to open up through musical therapy, for example, and build on the memories they have of the person they’ve lost.”

At the same time, parents can also attend another workshop, to discuss their feelings.“For example, a child may have parents who separated acrimoniously, and when one parent dies, the child will be grieving, but the remaining parent won’t have the same feelings of loss,” she explains. “We try and help them deal with this.”Caroline added: “Kate has been volunteering with us for 7 years. She has had training and is now an ambassador for us. Last year she became a trustee which she has taken very much in her stride. It is a great that us helping her, and made her want to give back and help others.”

This year, Holding On Letting Go held 10 workshops but they hope to increase this to 11 next year. They can only do this with vital fundraising and donations, which is why Caroline says they are so grateful for TSB in Chatham for choosing them as a TSB Local Charity Partner.

“They’ve been fundraising for us and have raised well over £1000,” says Caroline. “Each workshop costs around £5000 to run. This includes transport for the child, food, arts and crafts, and travel expenses for our volunteers, so this support from TSB is just invaluable.”Before each workshop, the team will go out to meet a referral, to find the right workshop for them, and afterwards, they will follow up six weeks later to see how things are going.

“We’re also on hand to offer advice if we feel they need any extra help or support,” Caroline says. “We just want to help a young person through a difficult time. Keep holding onto the memories, and let go of the bad times.”