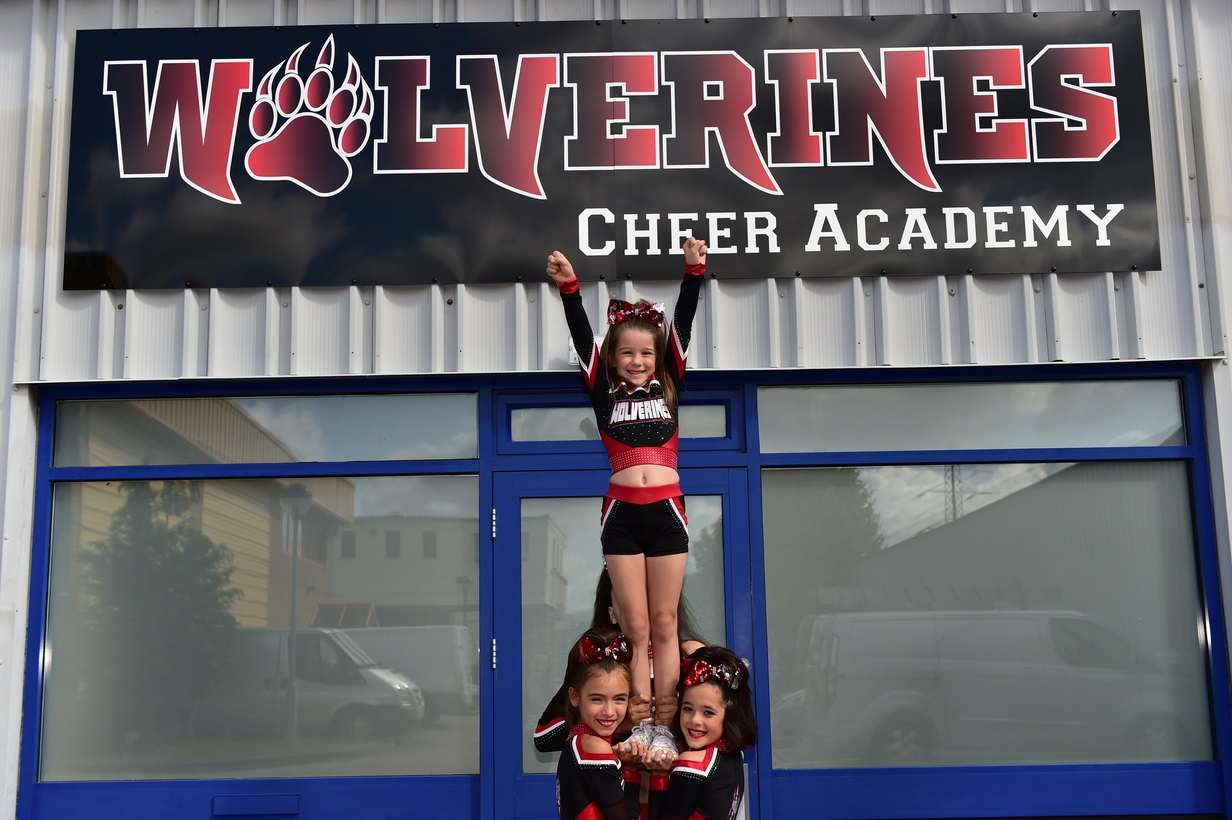 But it’s not just elite competitions that the Basingstoke Cheer charity aim to reach, they also look to break down social barriers and make the sport accessible to all in their area.

Thanks to her hard work taking the lead with the club’s junior development classes, Ellie has been selected for the TSB Young Leaders programme, run in partnership with Sported.

TSB and Sport for Development charity, Sported, have come together to help local community groups like the Basingstoke Wolverines Allstar Cheer Squad use the power of sport to make a positive difference to young people and the communities they are part of. Ellie explained: “Anyone of any age, gender or size can take part. We invite anyone to come give it a go. We have four boys competing with us for example. It’s important because as well as being fun it keeps youngsters fit and healthy.

“Not only that, but the club are able to subside families struggling to afford club fees via grants and our own club funding.

“We don’t deny anyone the opportunity to develop as a cheerleader due to cost, and aim to support those who show us the commitment and ability, that’s the overall community idea.”

Cheerleading is an athletic discipline which improves confidence, co-ordination, and flexibility as well as encouraging team work. Modern competitive cheerleading consists of a combination of gymnastics, dance and acrobatic stunts. Teams of up to 32 members compete against other clubs according to age and ability levels. Routines last for two minutes 30 seconds and are set to music.

The Basingstoke Wolverines Allstar Cheer Squad has ten competitive teams who spend at least two and half hours a week practising. There are currently 183 members of the club ranging in age from between three and 28. In fact, one of the teams is heading out to Florida next year to compete at the 2019 Cheerleading and Dance World Championship.

Ellie, 24, explained: “We are definitely in the top ten cheer clubs in the country. But for me it is important that anyone who wants to take part can. Members of the club all worked together this year to raise funds to open a new premises. Before we trained at a school. It wasn’t ideal. But then we all got together, the youngsters, their families and the club’s executives to raise over £18,000 so that we could help fund a move to a new gym. We moved in September.”

Next year the club plans to expand their social commitment by opening a squad for disabled children. “It will be our project for the New Year, and we are all very excited about it.”