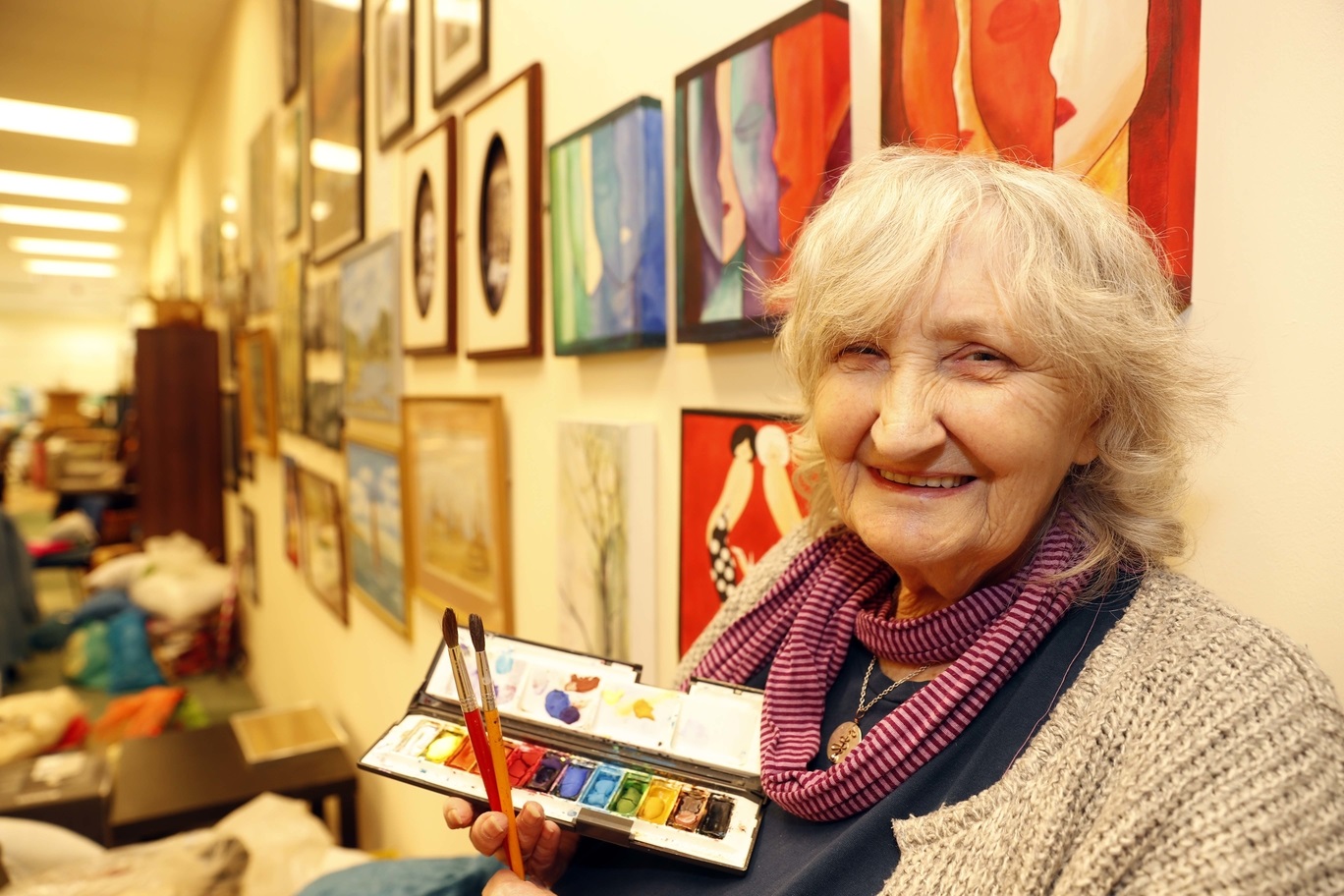 The Cube in the Square, a community arts centre, in Birmingham is celebrating its tenth anniversary since a group of artists came together to form a work space the local community could all use.

The group arrange inclusive art-based events, demonstrations, classes and one-to-one projects so that anyone at all craft-minded can come along and join in for free. It is a unique project - welcoming both young and old, and in particular those who might not otherwise be able to afford such specialised classes and tutoring.

But it also cuts across other divides, offering refuge to those from a local hostel and also providing a meeting place for people of different races and religions to mix, chat and form friendships.

The aim of the charity is simply this - to use art to help make the local community a better, happier place as well as making art accessible for all.

“Community is what we are all about - everyone is welcome,” says Heather Rowland, 74, chairwoman and one of the founding members. “We have all sorts of people come along. We once even had a nun from the Czech Republic pop by. But it is also nice for people from the local hostel to be able to come somewhere comforting and where they can be themselves.”

With the help of their tireless staff of volunteers, they hold painting, woodworking, knitting and crochet and even guitar classes. There are workshops such as “We are here for you Wednesday”.

This September they launched a peer-led group called “Making Space for Carers” for carers over 50 to try some arts and craft activities while improving their social circle and meeting like-minded people who understand the issues they face as a carer.

Those who come to the centre - which is open on Mondays, Wednesdays and Saturdays - are asked to donate a single pound to take part. Materials are brought in by the volunteers. On any given day there can be 25 people at the centre all hard at work creating their own masterpieces.

They all work together in one room - although there is a basement where one-on-one classes such as woodworking can take place. They are now hoping to take up permanent residence at their Erdington base and that someone will come forward to help with funding.

“We have one young man who is 15 but he has been coming since he was 11,” says Heather. “Then we have people in their 90s too. The need to create brings them together.”

The group started ten years ago when a local church was set on fire in a case of arson. “A group of us artists came together to paint some hoarding boards depicting biblical scenes painted by local school children to keep people connected with the church. It was a community effort.

“After that time we realised we needed a hub to come together so we could carry on with similar projects helping others so we found an empty shop. The landlord let us stay until they needed it back. It seemed like every time we got really busy we were on the move again! One time, we had no premises at all, so we set up in a local park.”

Finally, after several moves, another charity called East Street Arts, that leases out empty spaces for artists to use, helped them move to The Cube in The Square base. “It actually was our very first home, so that is nice to be back here.”

Heather is not sure what the future holds, or whether they will be on the move again. “We would love to stay here, to be honest. But that all depends on whether we can get grant funding. We survive on donations and our fundraisers at the moment. Our next project is getting WiFi into the building so we can teach computing classes, so if anyone can help with that we’d be so grateful! At the moment we are dependent on the goodwill of others.”