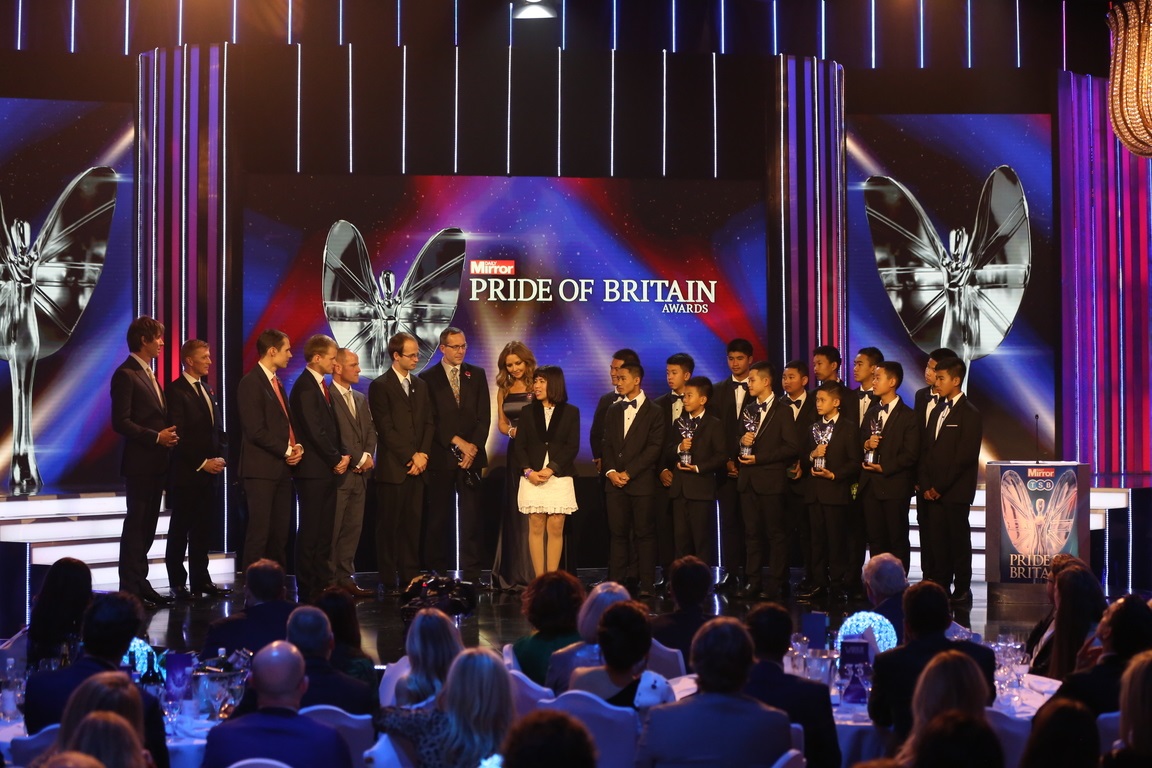 Diving experts from the UK risked their lives to rescue the young football team trapped in a Thai cave.

In June this year, the world held its breath as 12 young Thai footballers and their coach went missing, feared to be trapped in a cave. A group of expert British divers risked their lives to locate the team, sustain them with food and medical supplies and finally ferry them back to safety in a nail-biting and dangerous mission.

The story captured the imagination and hearts of millions of people around the world, inspiring many to go out of their way to help others. The Pride of Britain Awards recognised the feat of the divers with the Outstanding Bravery award.

On Saturday 23rd June 2018, the Wild Boars football team went missing and searches led rescuers towards the Tham Luang Nang Non cave in Northern Thailand. Three days passed with no sign of the boys or their coach and as torrential rains fell and the water level rose, many of the people around the world who followed the story began to give up hope of finding them alive.

It was then that British divers from the South and Mid Wales Cave Rescue team, the British Cave Rescue Council and the Cave Diving Group – all recognised world leaders in diving – joined the mission. John Volanthen, Jason Mallinson, Rick Stanton, Chris Jewell, Josh Bratchley and Connor Roe flew to Thailand to join the search.

The brave divers made an extraordinary discovery: the boys were alive and well, perched on a ledge beneath millions of tonnes of rock. Over the coming days, the expert divers went back and forth to the cave bringing the boys food, water and medicine. Crucially, they came up with a plan to get the boys out alive.

Though many deemed it impossible, the British divers managed to ferry the entire team and coach out to safety through 4km of tunnels – some as narrow as 30cm wide. Each was reunited with his family back on dry land.

The British divers went out of their way and risked their lives to help others, serving as a global example of what happens when people put their community before themselves.