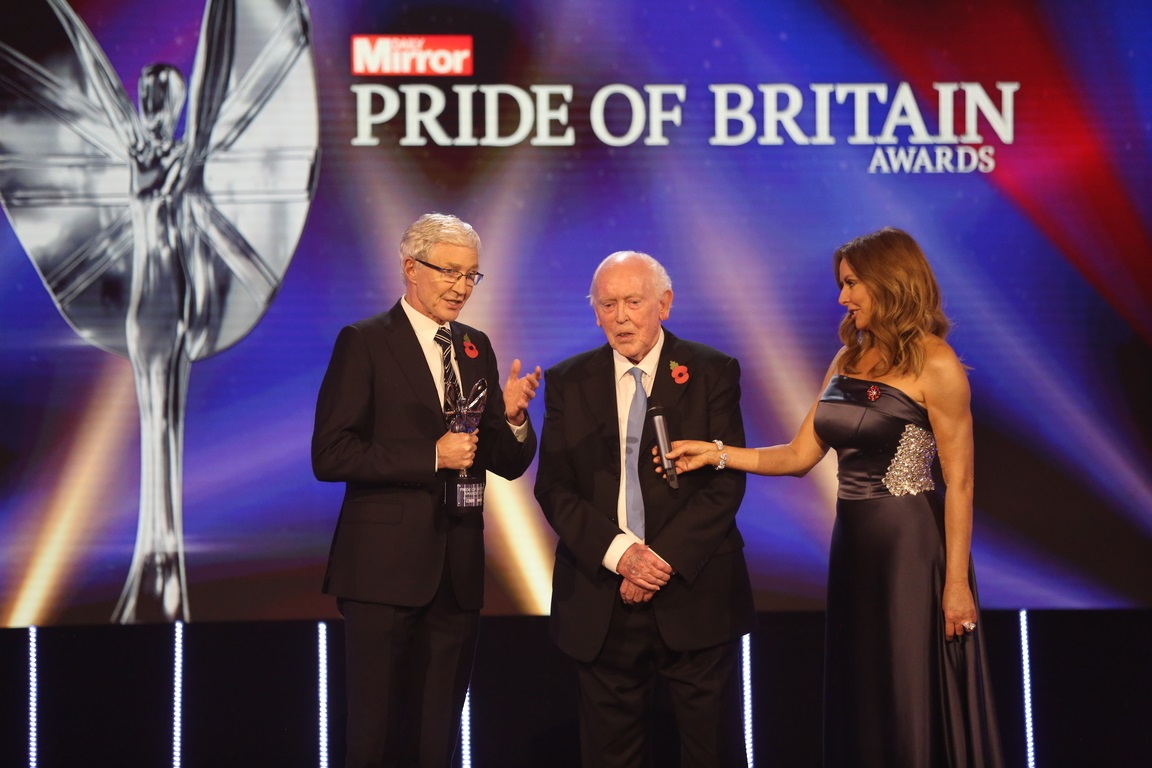 Impactful childhood cancer charity was set up after the founder lost two children to the disease.

When tragedy struck Eddie O’Gorman and his family, it did so with doubly cruel force: two of his children fell victim to cancer within nine months of each other.

Eddie and his late wife Marion took the heartbreak as a starting point from which to build something incredibly special, a children’s cancer charity that would touch the lives of thousands.

Now aged 83, Eddie hasn’t stopped campaigning and fundraising since he took up the cause 30 years ago. That’s why he was honoured with the Liftetime Achievement award by Pride of Britain, in partnership with TSB.

In 1987, 14-year-old Paul O’Gorman lost his battle against leukaemia, just nine weeks after diagnosis. Before his death, he pleaded with his parents to help other children with the terrible illness. Just nine months later, his sister, Jean, who had helped to fundraise in her brother’s memory, also died of cancer.

It was when Diana Princess of Wales heard of the family’s heartbreak that the story took a new turn. Days after Jean’s death in November 1987, Diana met Eddie and Marion. Moved by their suffering, she helped them to start a charity, providing inspiration and kindness as well as funding.

Beginning with just two staff with two typewriters, under Eddie’s watch and devotion the charity thrived and blossomed. Now named Children With Cancer UK, the charity has raised more than £230 million to help fight against childhood cancer.

Children With Cancer helps the more than 70 children and young people who are diagnosed with cancer each week, with 83-year-old Eddie as the driving force behind the influential paediatric oncology organisation.