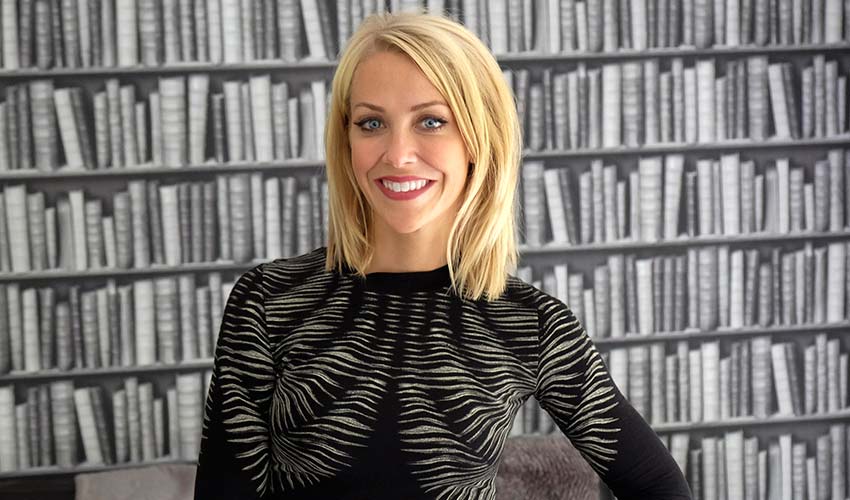 TV presenter Laura Hamilton has travelled all over the world as host of Channel 4’s property series A Place in the Sun, but there’s still no place like home. That’s why Laura and her husband, insurance broker Alex Goward, decided to step in and help when they found out that their local Post Office in Purley, south London, was closing last summer.

After all, their local Post Office – like any Post Office in Great Britain – was more than a place to buy stamps and post letters. It was a place to meet, it was the beating heart of the community, where people from all different walks of life rubbed shoulders while going about their business.

“We wanted to give something back to the local community,” she says.

The couple bought the property, which was first opened by William Webb as a temperance inn in 1907, last December. They are renovating the historic building, known as Lord Roberts on the Green, and turning it into a new business, which will include a post office, a shop selling artisan products and a place to have coffee. It will open in April.

Laura, who was runner-up on Dancing on Ice in 2011, is now officially a postmistress. “I’ll still be doing my TV work, but I do want to work there when I can,” she says. “I want to be a real part of it.”

The move will also be a boost for south London. That’s because Laura and Alex will be employing local staff, some of whom worked in the former Post Office, and using local suppliers, such as a nearby baker. “We’ve had such a good response from residents,” she adds.

Laura’s husband grew up in the area. “He remembers going in the shop to buy penny sweets when he was at nursery,” she says. “And we’re hoping our two children will be able to enjoy it like he did.”

They plan to further engage the community in other ways, too. “We’ll have seasonal events such as an Easter egg hunt, a Santa’s grotto in the garden, and I want to get a local theatre group to do open-air theatre productions in the summer.”

Laura has been renovating properties since she was 19, and is using her expertise to transform the building. She acknowledges that she could have made a greater profit from turning the property into flats. “But there was no way I was going to do that,” she says. “This feels so important, and we really hope people enjoy it.”