The coats zipped on trees for the homeless 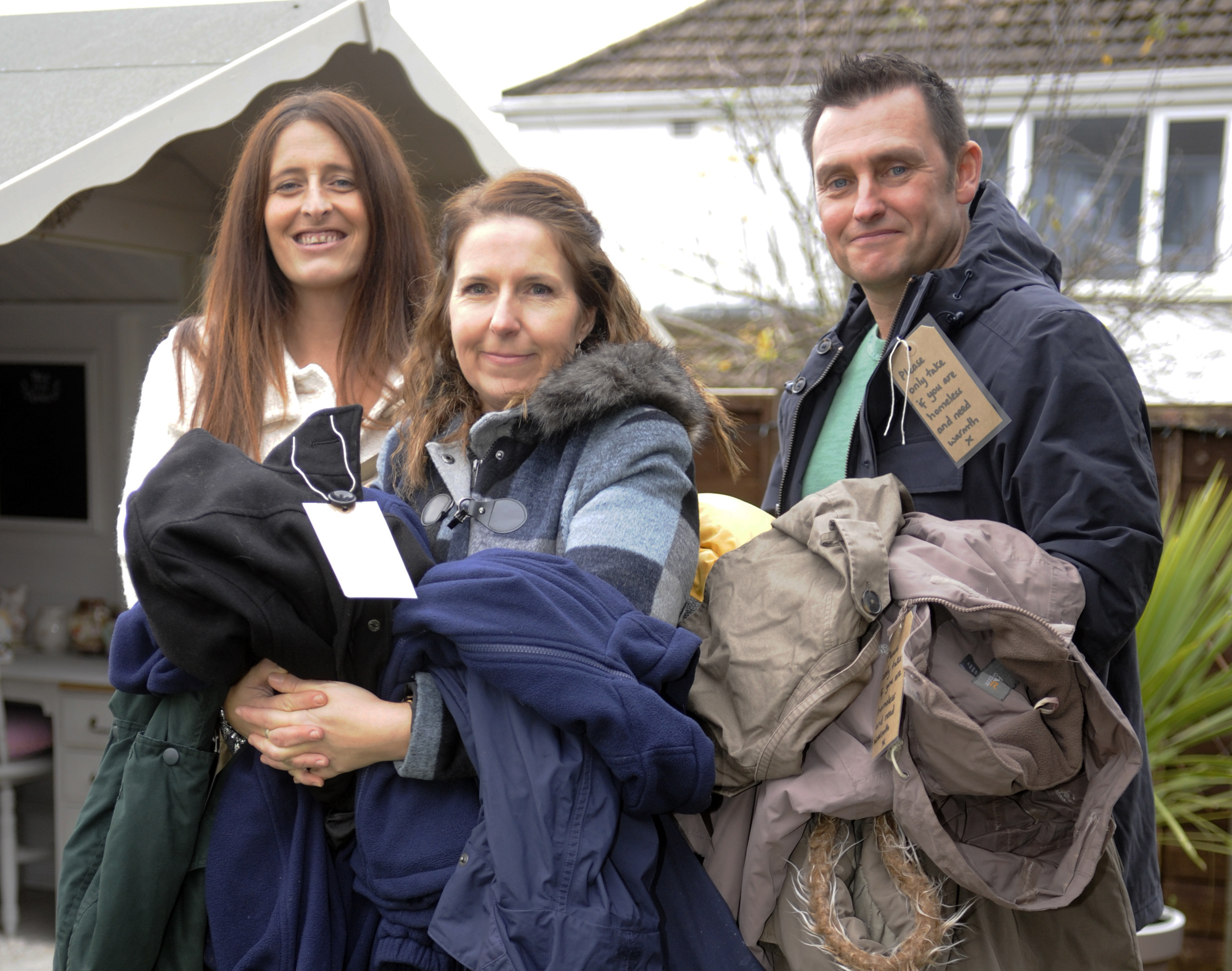 As the cold of winter begins to bite, how many of us spare a thought for people sleeping rough on the streets with barely a sleeping bag to call their own?

One group of friends in Plymouth are doing what they can to help the homeless by collecting warm coats for them.

Lisa Williams, a kind-hearted mum of two has been collecting coats all year which are now being wrapped around trees in Plymouth town centre, along with a personalised Christmas card and chocolate coin.

She doesn’t do it alone - it’s a joint venture. Best friend Mandy Harrison - who she set up the project with - does all the admin including writing the cards. Husband Nick also helps put out the coats at night and so does work colleague Danielle Wallser.

Lisa goes out nearly every night with a handful of coats which she zips around trees with a tag which reads ‘please only take if you are homeless and need warmth’. When she can’t make it, Danielle will step in or another friend.

Lisa and Mandy made headlines in the town last Christmas as no-one knew who the kind-hearted strangers were who put them there until someone ‘outed’ them and their kinds deeds. This will be their second Christmas helping and they hope people in other towns and cities will follow suit in a community effort.

Lisa was compelled to help after seeing the homeless suffer in increasingly cold temperatures: “I live in a comfortable, warm house with a fantastic family. But not everyone is so lucky. The thought of them out there freezing really upset me and it’s even worse this year. I have noticed a lot more women out on the streets.

“But this is something I can do to help keep someone warm. We put a Christmas card and some chocolate coins in the pockets, because we knew that many wouldn’t have anyone to wish them a happy Christmas. The coats are always gone the next day.”

The whole community has been helping as well donating the coats - and Lisa expects to hand out around a 100 over the next few weeks.

“As well as helping the homeless, it has brought the community together as I got to know many of my neighbours and I was overwhelmed by the kindness of people.

“I would open my door in the morning and would find a bag of clothes that someone had donated. I think people helping people is a good thing and we should all do our bit.”

Despite both struggling with the daily effects of long-term illnesses, Lisa and Mandy, both 44, took it upon themselves to collect coats from their neighbourhoods after putting up signs asking for donations.

Lisa was diagnosed with the condition fibromyalgia five years ago, which causes pain all over the body as well as chronic fatigue, and has recently had to take long-term sick from her job in adult social care as a result. Mandy suffers from a debilitating form of anxiety. Yet both have pushed through their illnesses to make sure they will be able to do their bit this Christmas. As well as the coats, the friends have bags of unwanted clothes which they will deliver to a local pub which will provide shelter and a free dinner to the homeless over the holidays.

Now they hope their goodwill gesture will catch on around the country. Homeless charity Shelter recently revealed that 10,653 people are recorded as homeless in the South West. Most are staying in temporary accommodation but those who are not end up on the streets.

Lisa said: “Hopefully others will be inspired by how such a simple thing can make a big difference. Ultimately, we want others across the country to go out and do something similar. There is no reason why the community can’t come together to help the homeless in their own area.”