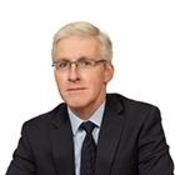 Graeme was appointed to the Board on 19 October 2016. He has broad experience in the financial services sector, which includes extensive retail banking experience as well as various Non-executive Director roles. Graeme spent 27 years in various roles at Royal Bank of Scotland, ultimately working as Managing Director for Retail Banking at NatWest, where he led the post-acquisition change programme. After this, he became Executive Director of Retail Banking at Abbey National Bank, with responsibility for all retail financial services activities. He then spent four years as Senior Advisor to the CEO at the Financial Services Authority before moving on to Non-executive Director roles, including membership of the Boards of Co-operative Bank and Metro Bank.